Eboni K. Williams Responds to Backlash From Black RHONY Viewers, Talks Feud With Bershan Shaw and Addresses Current Relationship Status, Plus If She Will Return to Show 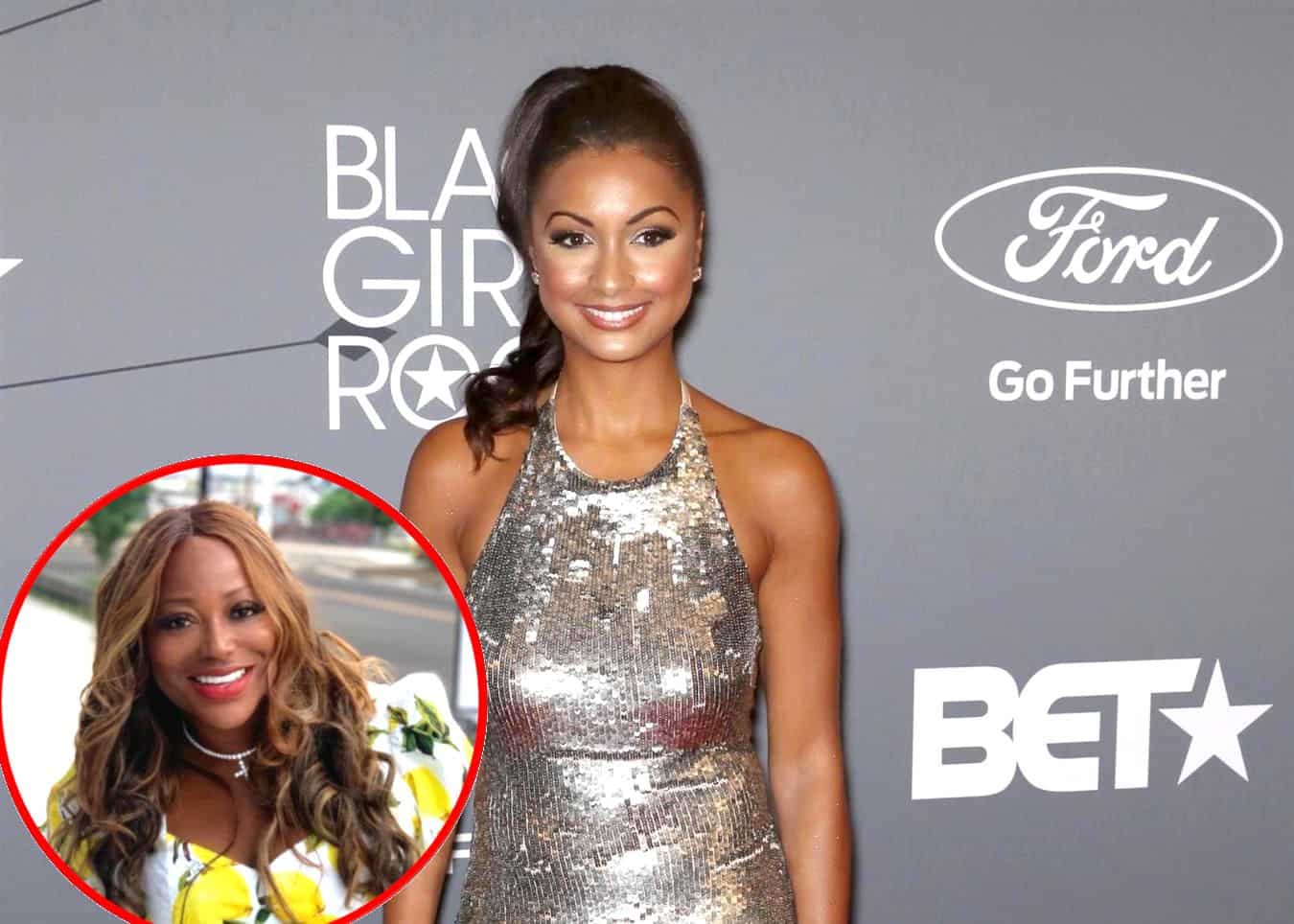 Eboni K. Williams recently opened up about the reception she’s received from Black viewers of The Real Housewives of New York City.

After first revealing that she’s received plenty of love from viewers, Eboni admitted to being taken aback by the level of uncomfortability she saw from other Black people while also discussing the upcoming 14th season of RHONY, her dating life, and her issues with co-star Bershan Shaw.

“I expected white uncomfortability. I did not expect the number of Black folks to be so uncomfortable by my presence on the show,” Eboni explained on the June 30 episode of The Breakfast Club.

According to Eboni, she often received messages from other Black women and men, including, “They were nice enough to bring your Black -ss on the show. Just be happy to be there,” and “You’ve ruined my good time. We don’t watch this show for anything but white people’s foolishness.”

“That’s really how they feel. People want to harp on the Blackness of it all. Black people are feeling like I’m making them cringe. I’m making them uncomfortable. And I’m messing up their good, entertaining time,” she shared.

Although Eboni’s many supporters are likely hoping she will remain on the show through season 14, she told hosts Charlamagne tha god and Angela Yee that her return isn’t up to her.

“It’s not time for that yet. A lot of decisions have to be made, first by the network. Then I get to make decisions,” she noted.

While RHONY season 14 is not yet in the works, Eboni said there’s still plenty to come, including the conclusion of her storyline with her potential sister.

“I can say without spoiling anything the story has a really beautiful ending, and it has a complete ending. I was shocked,” she teased.

Moving on to her dating life, Eboni, who previously revealed she and her former partner ended their engagement after he chose to quarantine with his three children, two of whom are adults, amid the coronavirus pandemic, said her ex hadn’t established a healthy enough relationship between her and the kids for her to be included in the quarantine.

“My fiancé had not curated a healthy enough environment in that home that he shared with those kids to be able to invite me in an adult position there. He was a Jewish guy. And culturally, is that part of it? Probably,” she reasoned.

Following the end of her engagement, Eboni got serious about settling down and hired a matchmaker to find her a partner. And while she isn’t in a committed relationship quite yet, she said that one particular man has caught her interest.

“The man I’m currently most interested in is a beautiful, beautiful Black man, a very smart, educated Black man [with] no kids. He’s 47. To me, that feels young. I haven’t dated a man in his 40s for a long time,” she admitted.

In late 2020, amid her own addition to the RHONY cast, Eboni was introduced to fellow newbie Bershan, who came to the show as a friend of Ramona Singer. Right away, because she had previously heard how Bershan beat cancer twice and established an impressive career for herself, Eboni was “very excited.”

In time, however, Eboni learned that she and Bershan went about things quite differently when it came to their roles as the series’ first Black women.

“Listen, Bershan is her own strong, beautiful Black woman. She ain’t got to see it the way I see it, she don’t have to do it the way I do it. We see this dynamic differently,” Eboni shared. “Looking back at these episodes, I’m glad it happened that way. I’m glad that Bershan and I did not represent the kind of same experience and lens of black womanhood because that shows the truth of Black women, which is we are complicated. She wanted to lean into the similarities of herself and the women, and I wanted to start with the distinctions.”

Also, during her interview with The Breakfast Club, Eboni confirmed she’s not “trying to cancel” her RHONY castmates before addressing the drama surrounding Ramona’s “help” comment and Luann de Lesseps‘ “angry” allegations against her, which she labeled as a micro-aggression.

“I didn’t think it was racial because [Ramona] was talking to a white woman. That’s just disrespectful in a basic human level,” Eboni stated.

Eboni then noted that while she’s not suggesting that “Black people don’t get angry,” she didn’t feel that she was all that upset, as Luann suggested, and made it clear that she should never have to apologize for having “a human reaction.”