Erika shocked her co-stars when she accused Thomas Girardi of cheating on the July 20 episode of Real Housewives of Beverly Hills. Then, as viewers began to question how long she has actually known about his alleged affairs, she spilled a little more tea with the help of a devoted fan.

The fan reposted a tweet from 2016 in which she tagged Erika, telling her she was “star struck” after spotting Thomas at a popular Los Angeles restaurant.

“Star struck. Just saw your husband at Spago,” the woman tweeted at the time.

However, now that the cheating allegations have become public, the fan went on to reveal what she really witnessed that particular night in March 2016.

“I can confirm he was cheating,” she wrote on July 22. “I was in LA eating dinner at Spago and tweeted [Erika Jayne] – Tom was at dinner with an older woman and did, in fact, kiss her while they got up to leave. Erika never responded to this tweet.”

A short time later, Erika replied, “Oh I responded, just not on Twitter…” 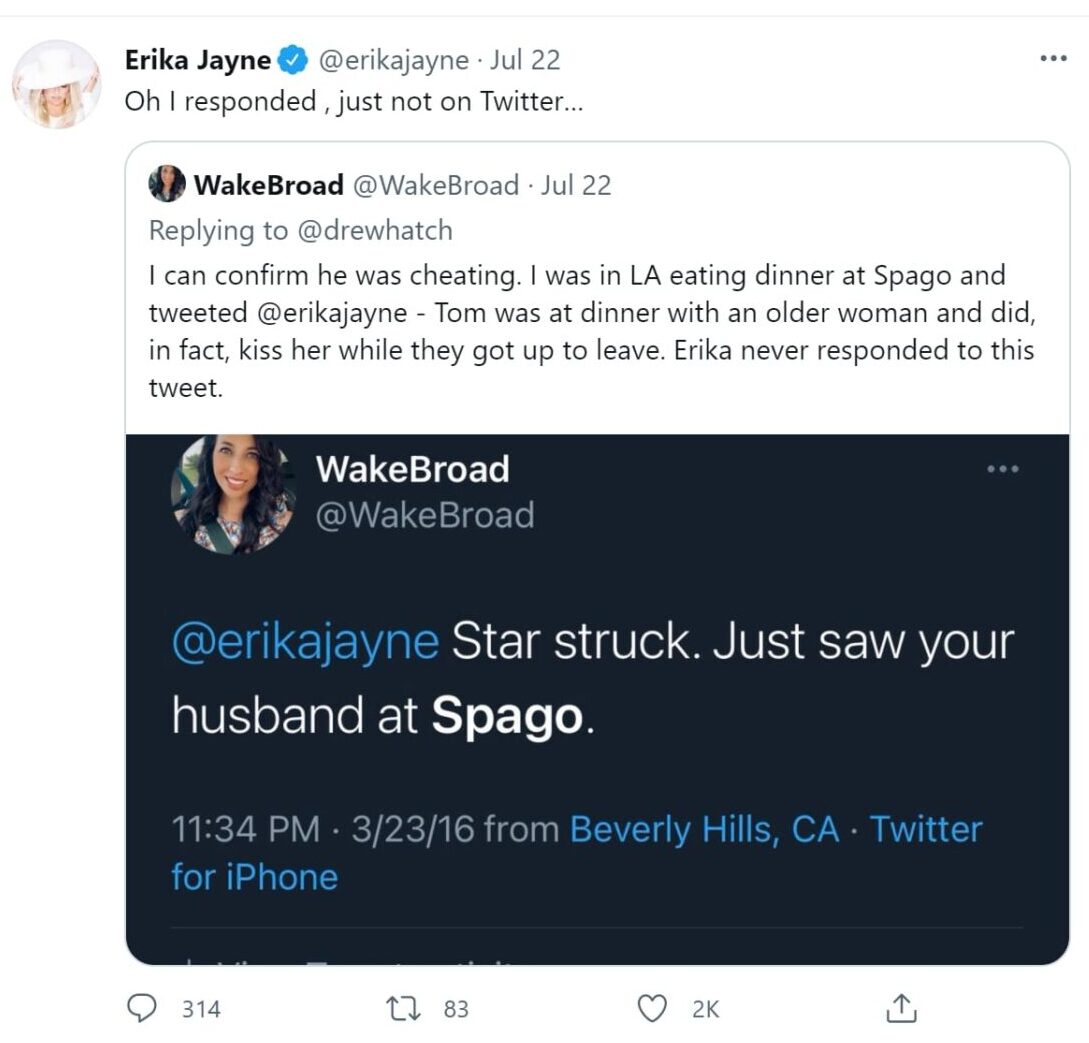 The exchange came shortly after the “Pretty Mess” singer told her co-stars that Thomas didn’t deny cheating after she found tons of “evidence” on his phone. Erika went on to call her ex a “sloppy” cheater.

Kyle Richards also weighed in on the allegations during the episode. She claimed there had been rumors about Thomas’ cheating for years, but she simply didn’t want to believe it at the time.

“There’s always gossip about everybody all of the time,” the OG said in a confessional. “And there was nothing solid, just rumblings. It wasn’t even a solid story. I certainly would never picture Tom cheating on Erika. You have a trophy wife, treat her like a trophy.”

As for why Erika didn’t leave Thomas after finding the evidence, she explained he was the one with the power and the money, so she believed she had no place to go at the time.