Home Shahs of Sunset Shahs of Sunset’s Reza Farahan on Finding Out He Would Never Meet MJ’s Son, Where He Stands With Tommy Feight, and If Mike Shouhed Has Commitment Issues 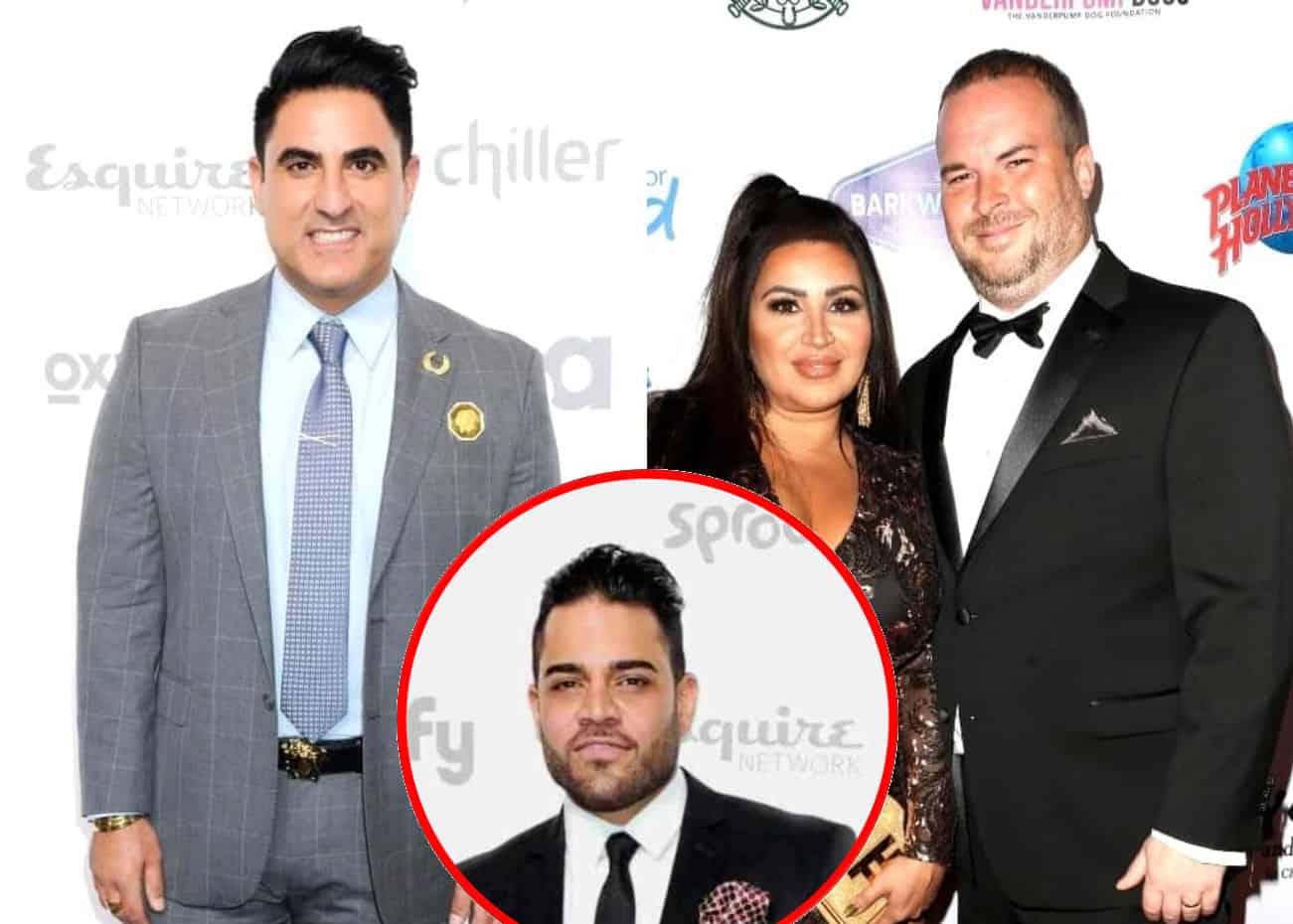 Reza Farahan explains why his drama with Mike Shouhed has almost been a welcomed distraction on season nine of Shahs of Sunset as he shares if he thinks Mike has commitment issues and discusses his heartbreak over baby Shams.

Though Reza and Mercedes “MJ” Javid are working hard to repair their fractured relationship, he still has yet to meet her child as MJ’s husband, Tommy Feight, refuses to allow it. Of course, Reza still seemingly has a restraining order placed against Tommy, which complicates things a bit.

Nevertheless, in a recent interview, Reza opened up about the heartbreaking moment Golnesa “GG” Gharachedaghi delivered the news about Tommy’s decision while also revealing his drama with Mike helped him cope with it.

“The heartbreak of finding out from Golnesa that I would never get to see baby Shams was like [overwhelming],” he said on the Chanel in the City podcast. “I get that my friend’s in a difficult position. I understand that, and it breaks my heart. The two men in her life are like [oil and water]. But to get the info from Golnesa was a dagger.”

He added, “So the Mike stuff was a distraction to get my mind off of something that was so painful to deal with. And I almost had to keep a stiff upper lip for Golnesa cause I couldn’t even believe it when I was getting [the information].”

As for whether he believes he and Tommy will ever get to a place where they can coexist in MJ’s life, Reza said he’s waiting for Tommy to watch how the season plays out.

“The only things I can say is that I hope when Tommy sees this season – I don’t wanna give the rest of it away – but what he gets to see, that he wasn’t there for, that it doesn’t rub him the wrong way, [and] that he sees I’m in a different place.”

Also in the podcast, Reza was asked if he believes Mike cannot commit to a relationship. However, surprisingly, Reza doesn’t believe Mike has commitment issues. He simply thinks Mike craves attention from female fans of the show.

“I noticed something with my friend Mike when the show got picked up that I don’t like,” he continued. “The praise that he gets from these hot women, feeds something that I don’t understand. And it’s feeding something. And whether he’s engaging in just texting or not, I don’t know, and I don’t care. Whatever he gets out of it, that hot chick, the excitement, the pics, the [conversation], if he could find a way to feed that, this would go away for him.”