Home Shahs of Sunset Shahs of Sunset’s Mike Shouhed Explains Why He Lied About Sexting Scandal, Slams Reza as the “Biggest Snake,” and Talks Kids With Paulina

Shahs of Sunset’s Mike Shouhed Explains Why He Lied About Sexting Scandal, Slams Reza as the “Biggest Snake,” and Talks Kids With Paulina 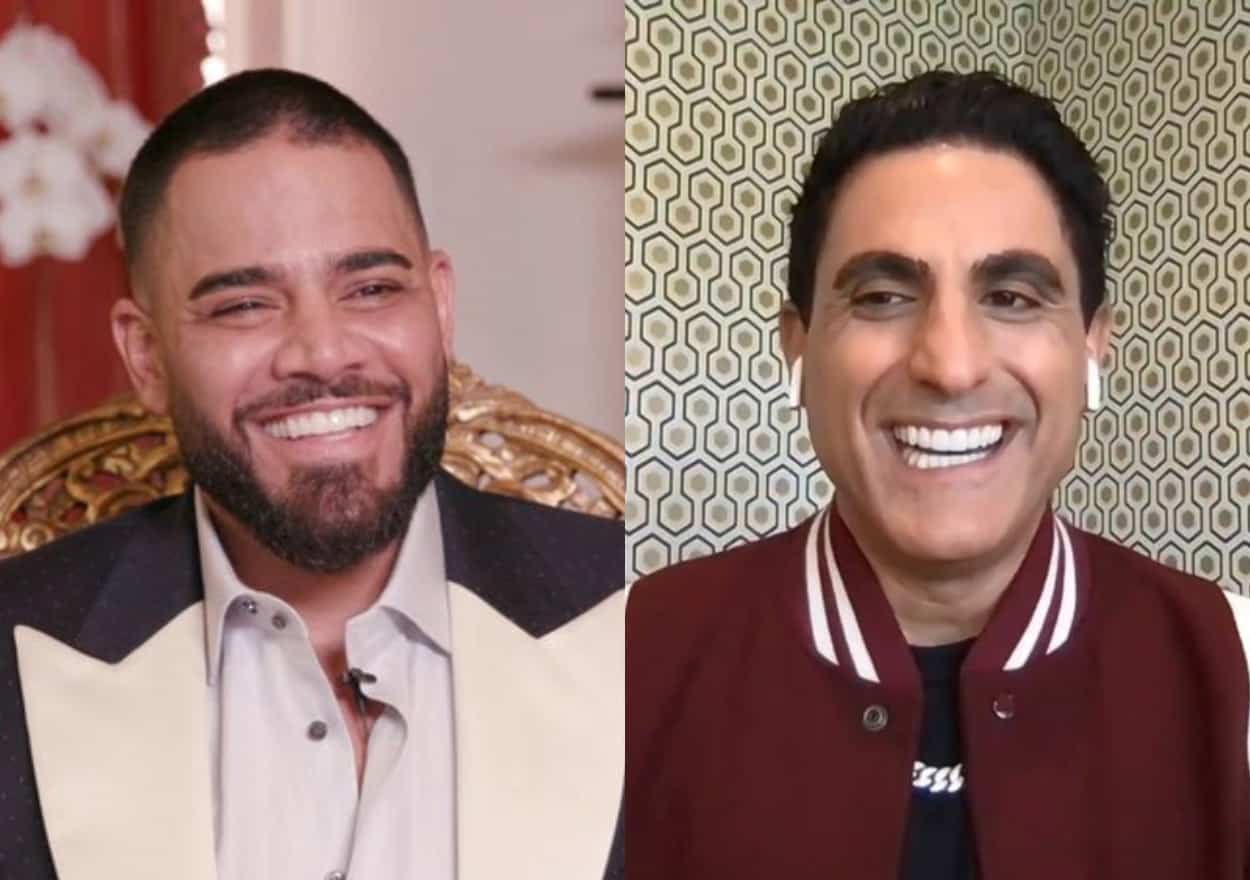 Mike Shouhed is sharing details about the sexting scandal he’s currently facing on the ninth season of Shahs of Sunset.

After initially denying the inappropriate behavior he engaged in behind the back of his longtime girlfriend Paulina Ben-Cohen, Mike explained why he waited to come clean before addressing his co-stars’ involvement in the fallout and dishing on his future plans to marry and have children with Paulina.

“I wanted to lie because I was so upset with myself,” Mike admitted on the latest episode of the #NoFilter with Zack Peter podcast, noting that he thought he could get away with his mistakes at first.

According to Mike, he began communicating with another woman after she reached out to him on social media and “made [him] feel sexy.”

“It started off as friendly conversations, and from there, I got engaged, and I was excited because we were in the middle of this pandemic. I was bored. I was spending a lot of time with Paulina. I needed some excitement,” he stated.

After noting that his boredom certainly didn’t make his behavior “okay,” Mike said he ultimately came clean about what he had done to protect Paulina, who he’s been dating for the past three years.

“It’s my show. I can take the heat, but I didn’t want to make her look bad,” he shared.

While Mike admitted he “f-cked up” to Paulina as soon as she questioned him about messages the other woman ultimately sent to him, the drama surrounding the scandal didn’t end there. Instead, Mike continued to receive spoof messages, potentially from his castmates, who were allegedly trying to get him in trouble.

Looking back at his co-stars’ antics, which made it appear as if he was communicating with more than one woman, Mike said he didn’t understand why his close friends didn’t support him through his trials.

“I’m not mad about them getting involved. They’re free to do so, but f-ck, you guys are my brothers and sisters, have my back a little bit. I’m already down, and they’re punching and kicking me. Help me up!” he proclaimed.

Although Mike isn’t mad at Reza Farahan and Golnesa “GG” Gharachedaghi, he did name Reza as the “biggest snake” of the cast and said he should be “more honest” with himself before saying that Reza is the cast member he is closest to.

“I love him for who he is. I’m just careful now with what I tell him and don’t tell him. But I still love him. He’s my bro,” Mike explained. “Me and [Reza] are connected on a way deeper level than what people see on the show. But like siblings do, there’s rivalry and there’s issues. We check each other, but sometimes we overstep our boundaries, and that’s what happened in this case.”

As for where things stand with Paulina, Mike said their relationship is “amazing.”

“This lapse of judgement really caused a lot of issues in our home, and it’s something that will live on forever because it’s on the internet. [But] I don’t want to give up what I have with Paulina and the kids. I love them. I don’t want to hurt them.”

While Mike wouldn’t confirm his plans for an engagement, he said fans will “have to watch and see” before making it clear that “more kids” are definitely in the future for him and Paulina, who shares a son and daughter with her ex-husband.

“I really want more kids. I never knew the feeling that a child can give you. I can have the hardest day at work, and I come home and they’re like, ‘Mikey!’ and they run to me and hug me and want to wrestle and play, and I forget all the stress I’ve had throughout the day. [It’s] my happy place. And when they’re at their dad’s house every other weekend, I miss them. I’m like, ‘I wonder what they’re doing.’ And I want to have that connection with a child that’s biologically my own,” he gushed.

Also, during his chat with Zack, Mike said that while he initially wanted “nothing to do with” Shahs, a call from Ryan Seacrest, an executive producer of the show, changed his mind.

As Mike recalled, Ryan told him that he and his friends would be like the Kardashians and that he would have the role of the “handsome, sexy playboy on the show,” which quickly sold him on the concept.