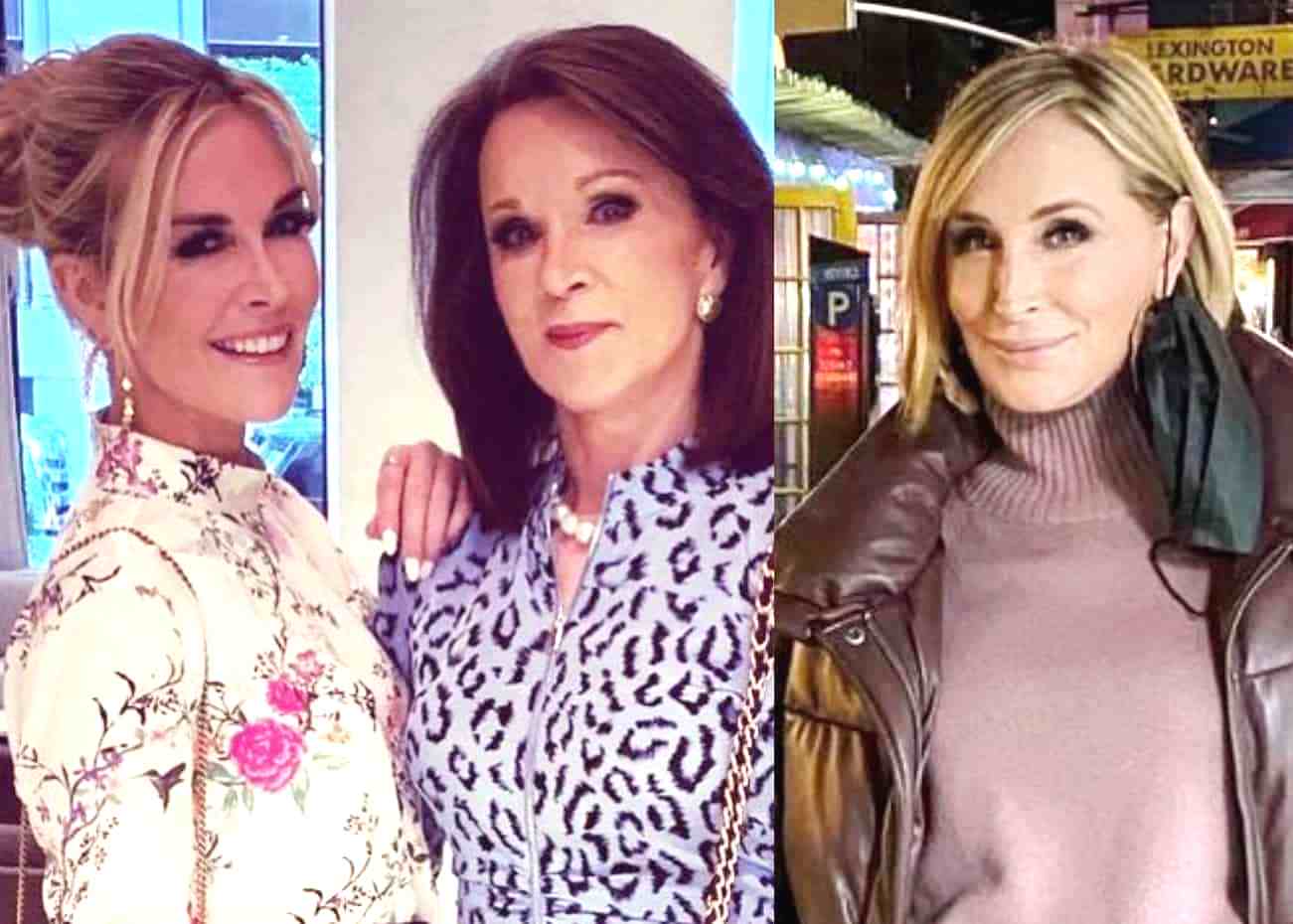 As fans well know, Sonja’s drinking habits have been a topic of discussion for years as she’s had numerous drunken moments on the show. But in the July 20 episode, her co-stars actually staged an intervention after the star seemingly went off the rails during a fight with newbie Bershan Shaw.

Following the episode, Sonja asked fans to weigh in as shared a clip of the lead-up to the intervention on Instagram. In the clip, Ramona Singer “baits” her longtime pal by taking her drink.

“Don’t you think [Ramona Singer] knows by [now] I’m on to her tricks?” she wrote. “Never gets old. Comment and let me know your thoughts on last night’s [RHONY] episode.”

Sonja has always maintained that she doesn’t drink regularly and only gets wild when she’s out having fun with her girlfriends. And according to Tinsley’s mom, who commented on the post, Sonja is telling the truth.

“Tinsley lived with Sonja her first season on RHONY, and Sonja is telling the truth about not drinking at home,” Dale insisted. “Not once did Tins see her drink alcohol there. Sonja drinks when she’s with the ladies to let loose and have fun!” 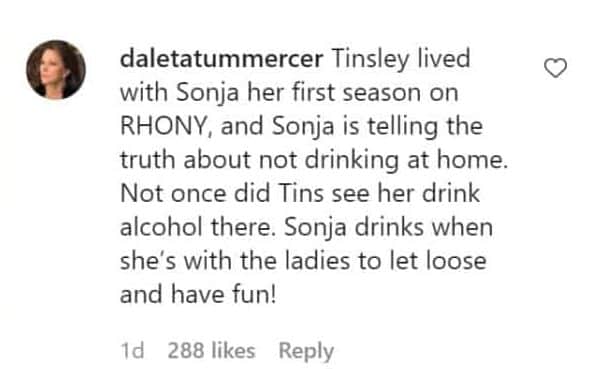 Sonja has yet to reply to Dale’s comment, but the fans certainly weighed in.

“Thank you! Sick of everyone bashing beautiful Sonja,” one fan wrote.

“Believe you both, but then the fun turns ugly and that is a problem,” said another.

A third person commented, “Lol didn’t Ramona cut [Kristen Taekman‘s] lip when she threw a wine glass at her? Didn’t [Leah McSweeney] throw a ravioli in public at Ramona? I can’t stand these women. Sonja is carrying this season.”

Meanwhile, Sonja defended her drinking earlier in the season after Andy Cohen asked if she got “too lit” at Eboni K. Williams‘ election party.

It’s interesting because Leah, who helped stage Sonja’s intervention, also appeared on the episode and seemingly agreed with Sonja at the time, stating, “She’s never too lit.”