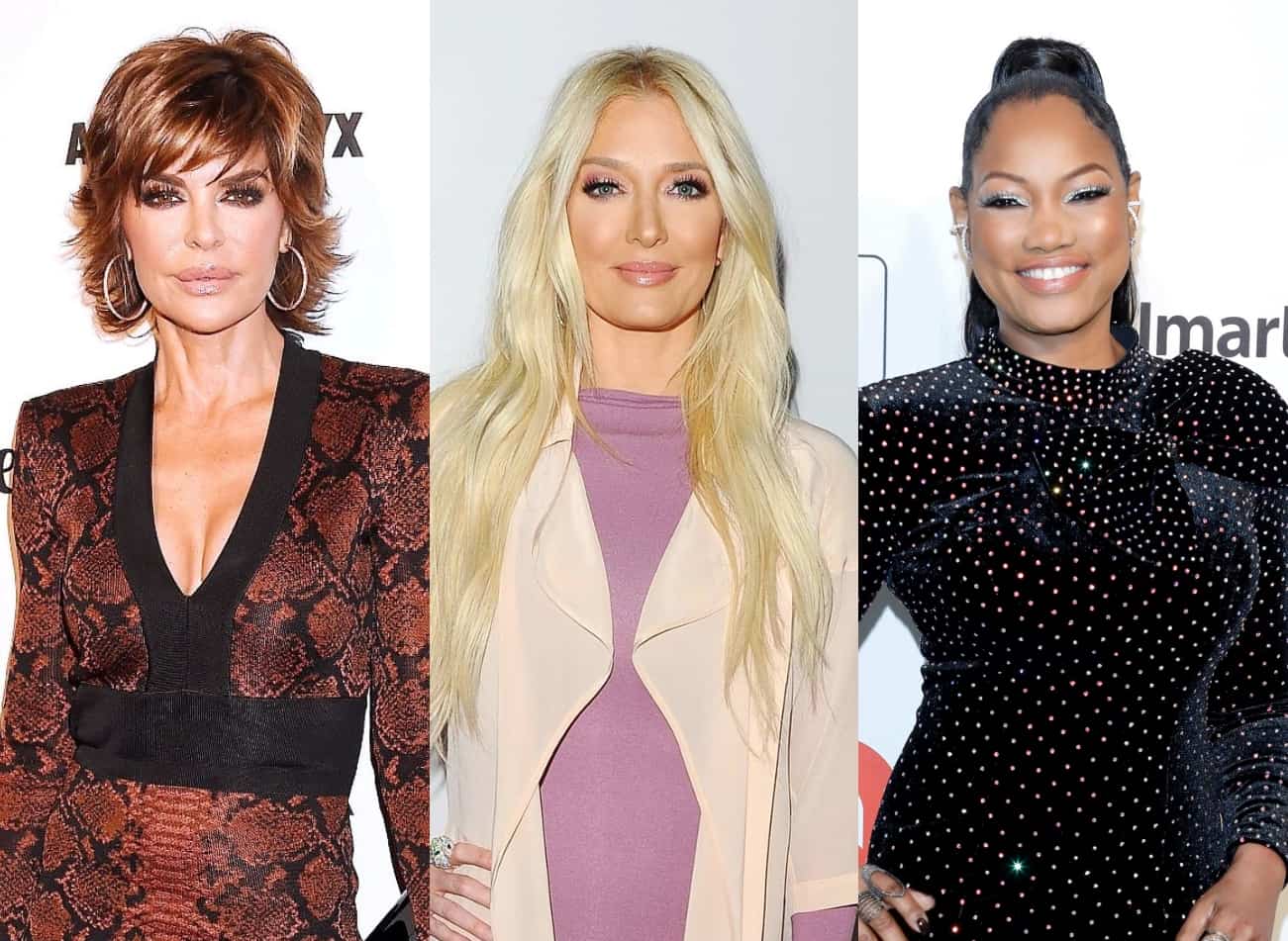 Erika snapped at Garcelle Beauvais on the August 4 episode of Real Housewives of Beverly Hills after the actress shared with the group that Thomas Girardi had been calling the “XXpen$ive” singer.

“Erika shared — if you don’t mind me sharing — that Tom calls her,” Garcelle said.

But a furious Erika fired back, “Well, I do mind you saying that because I feel like you’re betraying my friendship right now. But please, have your moment!”

She later added, “You got it out of me once, and now you want to do it again.”

Though Erika went on to admit that “Tom calls [her] all the time,” she made sure her co-stars knew that she refuses to take his alleged calls as she broke down in tears before storming away to the bathroom with cameras not far behind.

But according to an insider who spoke with Page Six on Thursday, despite it seeming like she was taking her anger out on Garcelle, she was really mad at production.

“They cut it and paste it in a way to make it look like she was upset, but she was actually mad that Garcelle was told what to say three times and she took the bait,” the source said. “They had three different conversations about the same subject.”

“What they didn’t show is that Erika and Crystal [Kung Minkoff] had a private conversation where no cameras were on, and producers heard it via their mics,” the source continued. “When they got in the car, producers said they overheard it and asked Crystal to ask [Erika] on camera. Bravo didn’t want to do the fourth wall. They pulled a fast one.”

The insider went on to say that Garcelle was “actually never a part of the [initial] conversation” even though it appeared that way to viewers. The source noted the hiking scene in question, stating, “That’s why footage of the women walking with their backs to the camera was shown with the voiceover from the hot mic.”

Meanwhile, a separate source close to production told the outlet that “Erika’s reaction to Garcelle was genuine.”

This all comes after Lisa Rinna posted about what really went down when the 50-year-old seemingly locked herself in the bathroom and began sobbing. According to Lisa, Erika actually had a screaming match with a producer following the major revelation about Thomas’ phone calls.

“Dang it… I wish they had shown the screaming fight between the producer and Erika last night on the show in La Quinta,” Lisa spilled on her Instagram Story.

“Now that would have been epic TV,” she added. “Too bad. Bravo Bravo F*cking Bravo!”

Lisa went on to admit that she’ll likely get in “trouble” with someone for sharing the juicy information, but it’s unclear if she’s referring to the producer or Erika. 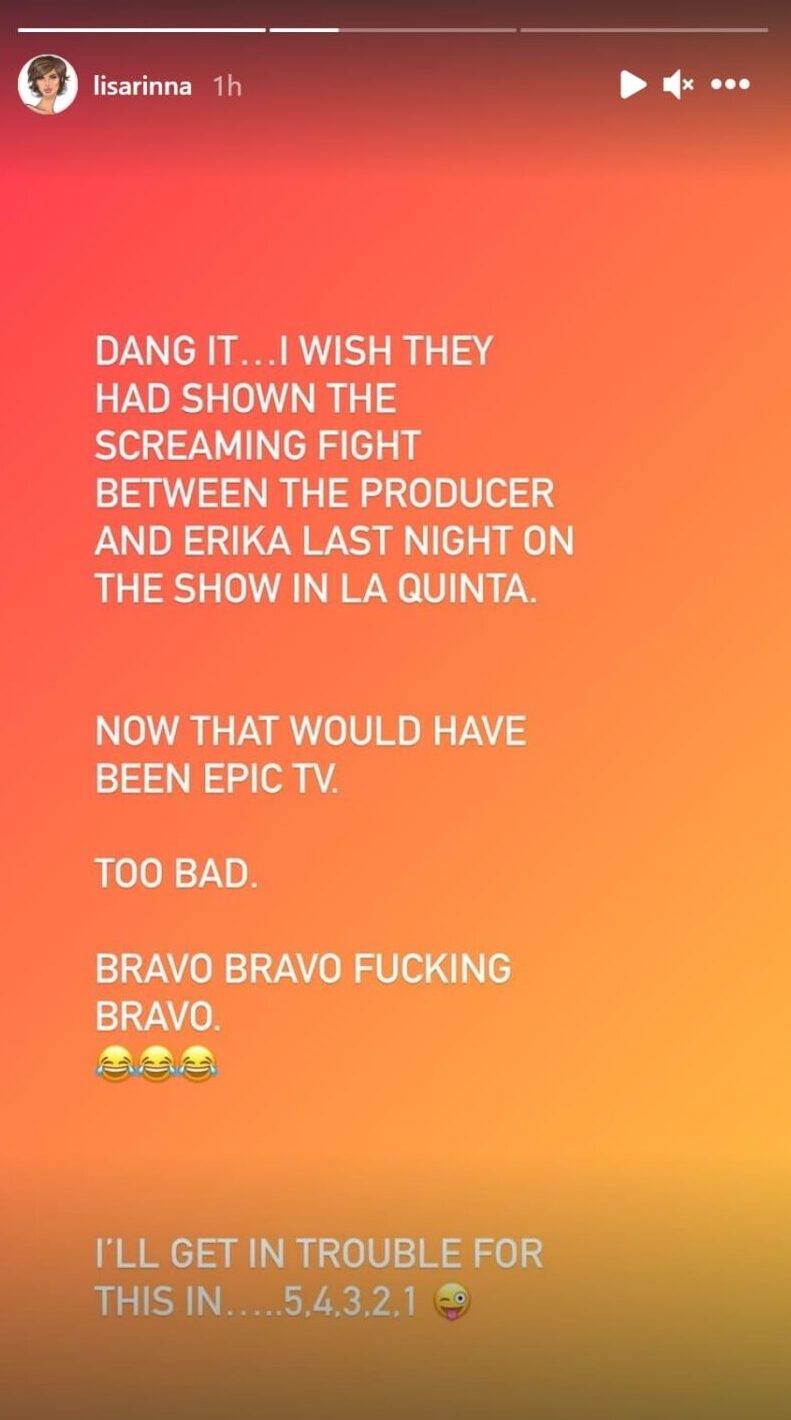