Home Vanderpump Rules Lisa Vanderpump Shades Vicki Gunvalson’s Fiance Steve Lodge After He Calls Her Out Over COVID Mandate at Restaurants, Accuses Her of Discrimination as Fans Weigh in

Lisa Vanderpump Shades Vicki Gunvalson’s Fiance Steve Lodge After He Calls Her Out Over COVID Mandate at Restaurants, Accuses Her of Discrimination as Fans Weigh in 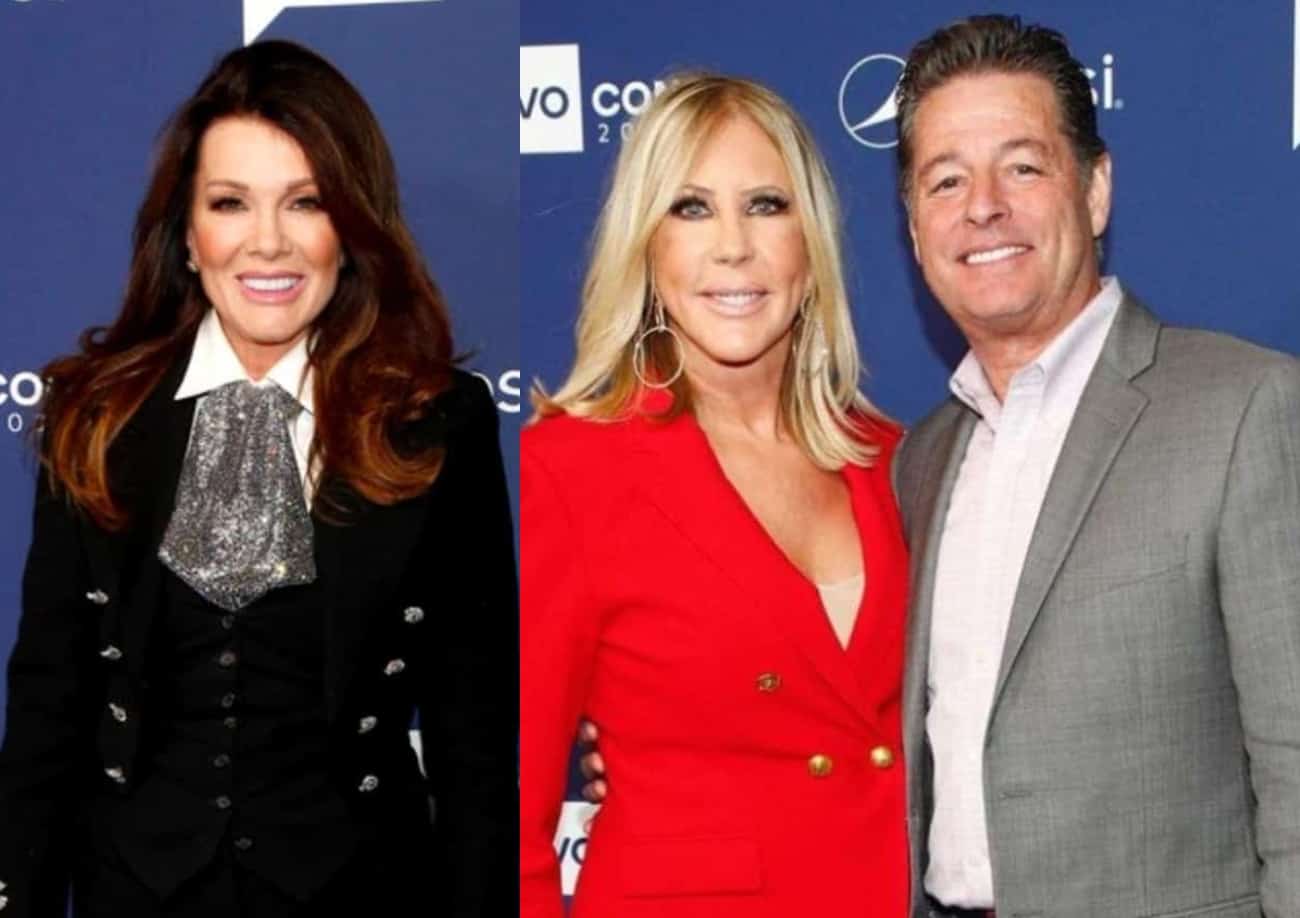 Lisa Vanderpump is throwing shade at Steve Lodge after he called her out over a recently implemented COVID-19 mandate at her Los Angeles restaurants, including the TomTom Restaurant and Bar in West Hollywood.

After SUR Restaurant and TomTom, which the Real Housewives of Beverly Hills alum co-owns with husband Ken Todd, and Vanderpump Rules co-stars Tom Sandoval and Tom Schwartz, announced that no one would be allowed in their venues without proof of vaccination or a negative COVID-19 test, Steve took to his Instagram page to share his thoughts.

“Whatever happened to the right of privacy of your health records?” Steve began in a video shared on August 3. “I guess someone forgot to tell them that vaccinated people can also spread and get COVID. What about the other contagious viruses, Ebola, flu… hepatitis A and B, measles, MERSA, rabies, STDs, tuberculosis, West Nile Virus, Zika Virus?”

According to Steve, who has been engaged to former Real Housewives of Orange County cast member Vicki Gunvalson since April 2019 and recently announced he is running for governor of California, the decision made by Lisa and her team was not “made in science but rather fear.”

“I guess the great unwashed and unvaccinated will have to spend their restaurant dollars elsewhere,” he added.

Then, after pointing out that one might say the ex-RHOBH star should be able to do what she wants with her restaurants because they are hers, he said that he feels it is unfair of her to discriminate against certain guests.

“Where does this discrimination stop against a virus with 99.8 percent survival rate? This is a very slippery slope and we need to stop and use reason and logic, not fear and hysteria,” he concluded.

Following the post, a number of Steve’s fans and followers reacted to his controversial stance.

“You sound ridiculous. We are in a Pandemic with COVID-19. That simple. Educate yourself,” one person said.

“You suffer from the disease of the misinformed!!” another agreed.

Meanwhile, others sided with Steve and expressed their desire for him to win the election.

“If people can sue a bakery for refusing to make a cake for them, then people should be able to sue a restaurant that refuses to let them eat there without proof of vaccination or testing. It’s discrimination against people who are allergic to the vaccine (yes, they do exist) or have a religious reason against getting one, in the least,” someone shared.

As for Lisa, she took to Twitter to throw some not-so-subtle shade at Steve. After a fan tweeted Steve’s comments to Lisa with a question, “Do you know him?”

In TomTom’s Instagram announcement earlier this week, they said they’d be requiring proof of vaccination or a negative COVID-19 test in an effort to protect both their staff and their guests.

“Please help us keep our community safe, and let’s beat this together,” they wrote.

SUR shared a similar statement on their own account.