Kathryn Dennis is breaking her silence and slamming the family court system following news that her two children have officially moved to a new city with their father, Thomas Ravenel.

The Southern Charm star took to Instagram on Thursday to share her thoughts on the “exhausting” family court system that she’s been dealing with for years.

“It is exhausting to constantly defend yourself against someone who is trying to change reality – it can even make you question what you know happened, or what is true,” the quote she posted to her Instagram Story read.

“It can be exhausting to live two lives: one for your children and one for the world (everything is fine) and the other, where you are beaten down by the family court system. We see you and we stand with you. You are not alone,” the message concluded. 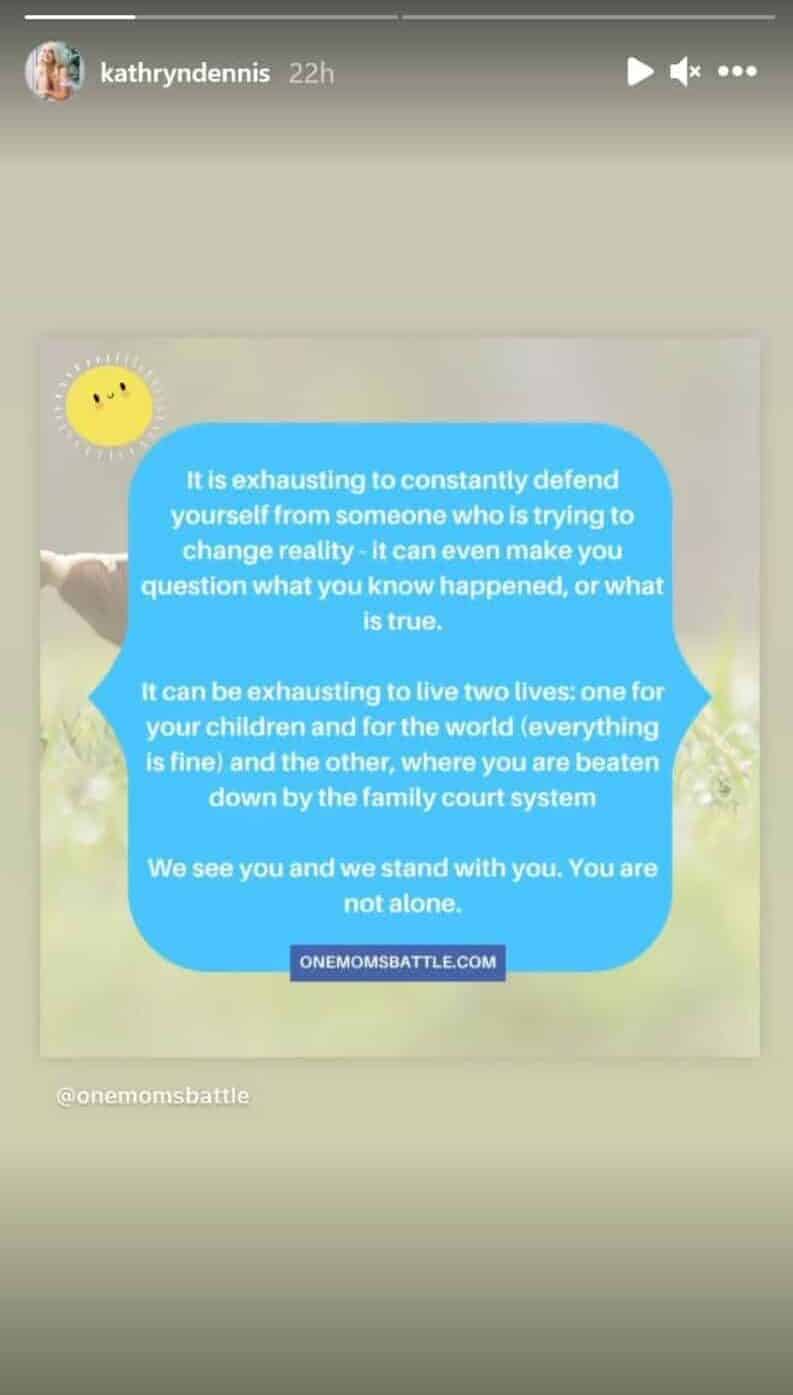 The reality star lost custody of her two young children, Kensie, 6, and Saint, 4, in March after Thomas accused her of neglect and drug abuse. The former South Carolina treasurer was granted temporary primary custody of their kids,  leaving Kathryn with supervised visitation during the day every other weekend.

Though Thomas had been planning to move Kensie and Saint to his home in Aiken, South Carolina, for some time, he confirmed over the weekend that the youngsters have now officially relocated.

“So thrilled to have my daughter in our new home,” he captioned a photo of Kensie sitting by a window in what appears to be her new bedroom.

This isn’t the first time Kathryn has lashed out at the legal system as she also vented on Twitter back in March.

“I need to scream this so I’m going on Twitter, it’s a shame what some lawyers are willing to do. Can anyone relate?” she asked on March 23.

She then went on to tweet two additional times about being manipulated by the legal system. 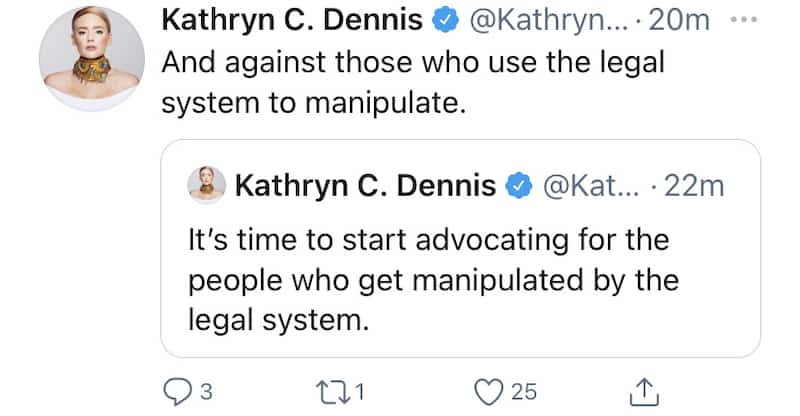 As fans well know, Kathryn has been caught up in the child court system since 2016 when she lost custody for the first time after entering rehab following a positive marijuana test.

But after Thomas was arrested in 2018 for allegedly sexually assaulting the kids’ former nanny — and later pled guilty to third-degree assault and battery — Kathryn rushed back to court and filed for primary custody. She and the real estate developer eventually agreed to share 50/50 custody until earlier this year when Thomas won temporary full custody once again.