Erika Jayne Reacts to Recent RHOBH Episode and Suggests She’s Only Cast Member With a Storyline, Also Shares Her Relationship Status, as Lisa Rinna Weighs in 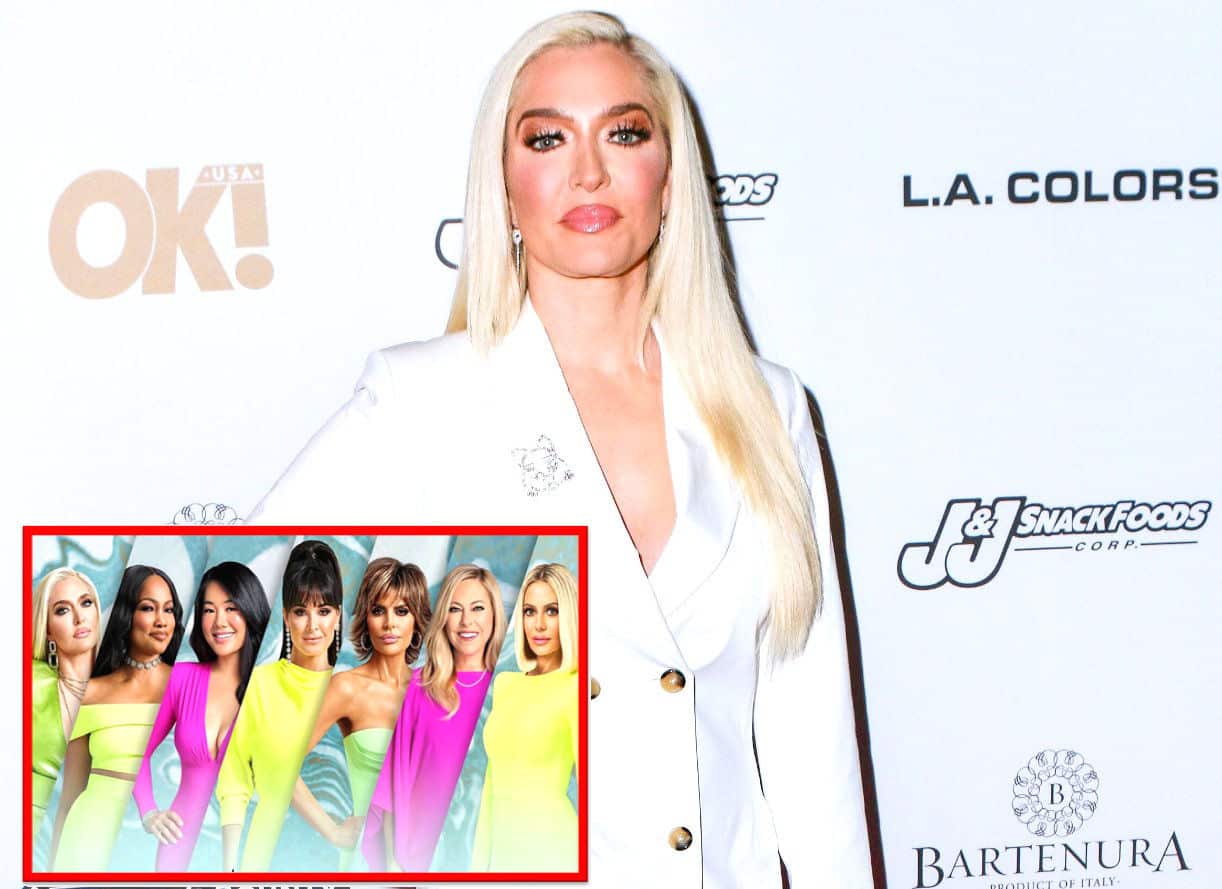 Erika Jayne suggests she’s the only Real Housewives of Beverly Hills cast member with a storyline and shares which show she’s currently watching as Lisa Rinna reacts to those who are concerned about Thomas Giradi‘s alleged victims.

While her divorce and ongoing legal troubles continue to play out on the show, Erika has seemingly been keeping herself busy by responding to fans on Twitter. And after one fan threw shade at Erika’s castmates by suggesting they’re “riding her coattails,” the “Pretty Mess” singer seemingly agreed.

“Do the other cast members even have [a] storyline this season or will they ALL be riding off your coattails until the finale, just give us a hint,” the person probed. “I’m getting bored with their b*llsh*t!”

Erika did offer a hint, writing, “Now you KNOW we’re going to beat my story to death. Not much else really.” 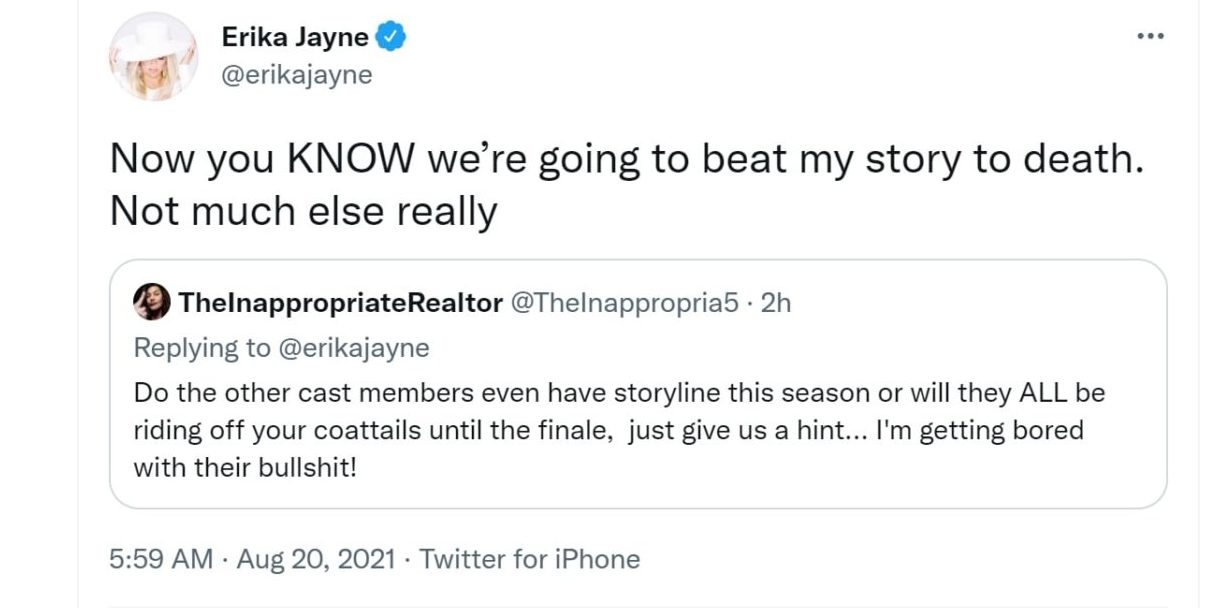 The singer and Broadway actress was also asked about the latest RHOBH episode during which she was confronted with tough questions by some of her castmates on whether she was being truthful about Tom’s legal scandal.

When asked how she felt about the episode, Erika tweeted: “Rough but expected.”

Erika also responded to another supportive fan who wondered why people are criticizing her for agreeing to film this season despite her legal mess.

“If you had hid and not filmed the season you’d of been called guilty and a coward etc,” the person wrote. “But you filmed and people are saying you shouldn’t have lol got to say I was shocked at the response of some of the women in your ‘group’ but hard times reveal true friends!”

Erika admitted that she’s caught between a rock and a hard place, tweeting, “There is no winning.”

Though most want Erika to address her current situation, one person had a lighter question, asking the former Chicago star if she’s currently watching Real Housewives of Potomac.

“I like those women! They are entertaining,” Erika said of the RHOP cast. “Never bored.”

Erika also faced a question about her relationship status, and she made it clear that she was still “single” amid her ongoing divorce.

Meanwhile, as fans continue to slam the reality star for failing to truly acknowledge Thomas’ alleged victims, Lisa Rinna took to her Instagram Story to show her friend support. As fans well know, Erika’s co-stars have expressed their concerns over the orphans, widows, and burn victims, but Erika had yet to mention them until the latest episode.

Nevertheless, it seems Erika’s quick comment about the alleged victims was good enough for Lisa as she reshared her co-star’s remark, which she titled, “The Victims.”

“‘The victims need to be taken care of,'” the quote read. “‘I’m not worried about me. I’m last in all this. Those people are owed their money. but we need to see what this man did,’ Erika said.” 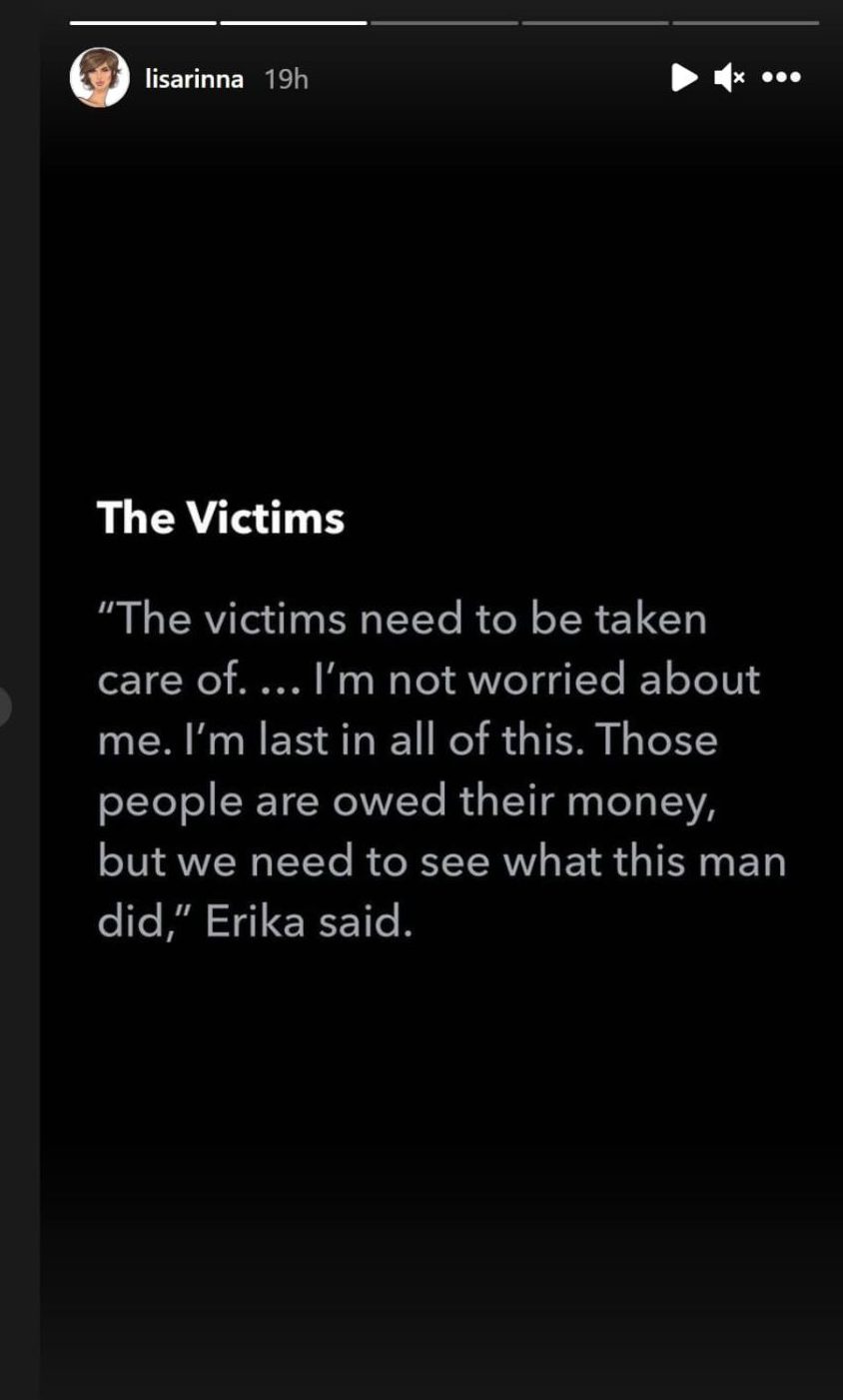