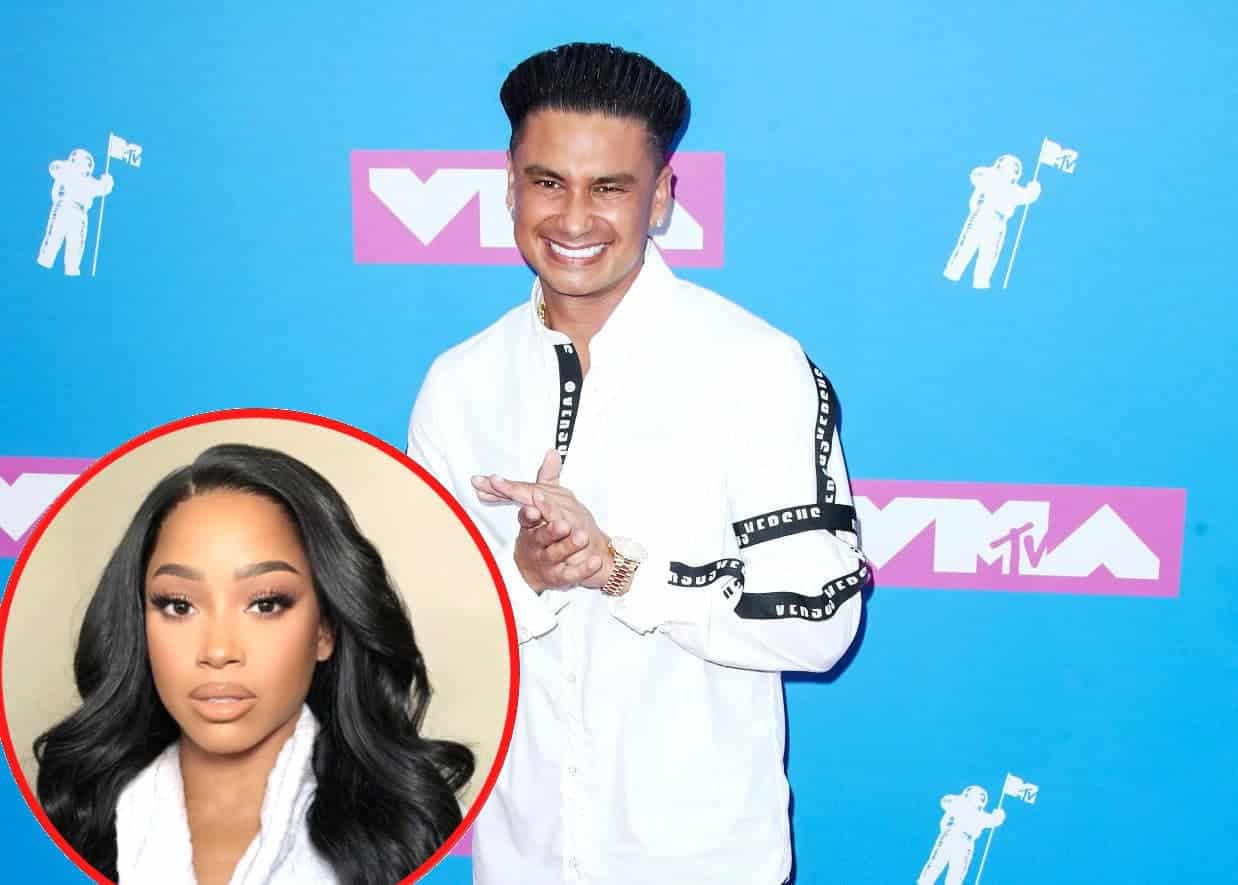 Pauly “DJ Pauly D” DelVecchio is revealing whether he’s ready to marry girlfriend Nikki Hall and sharing how Nicki gets along with his Jersey Shore castmates.

Pauly D and Nikki initially met on A Double Shot at Love, but things didn’t quite work out as he sent her packing and subsequently blocked her on social media. However, fast forward to today and Pauly isn’t ruling out the possibility of marrying the former dating show contestant.

“Who knows what the future holds?” he told Page Six in a recent interview. “We’re just taking it day by day. We have nothing set in stone and we just really enjoy each other’s company at the moment.”

Pauly went on to gush about how well Nikki, 29, gets along with his co-stars. In fact, according to the Jersey Shore: Family Vacation star, Nikki is getting especially close to the ladies in the group as she even recently opened up about her difficult childhood to Jenni “JWoww” Farley, Angelina Pivarnick, and Deena Nicole Cortese,

“I was shocked that they’re getting so close so fast, but I knew they would and I’m just glad they accept her like family and she accepts them as family because having the whole Jersey Shore family meet Nikki was like a big deal for me because they’re part of my life,” he shared.

“They’ve been a part of my life since I can’t even remember now,” he continued. “It’s gotta be, like, 12 years now. So we’re actual family. And the fact that she gets along on that level — for me — that’s anything I could ask for.”‘

As for what Pauly is most looking forward to these days, that would be his Harrah’s Casino residency in Atlantic City, which kicks off in early September.

“I remember getting the phone call that they were going to be opening back up and I’m like, ‘Thank the Lord!” he exclaimed.

“So first thing I did was call my roommates, my cast members,” the DJ added. “They were, like, so happy because they all come to Atlantic City. Like they love it when they get away, they get to see me DJ. So it works out.”