Home Keeping Up With the Kardashians REPORT: Amelia Hamlin “Embarrassed” For Scott Disick After DM Mocking Kourtney’s PDA is Exposed as Source Claims His Relationship With KUWTK Star Is “More Strained Than Ever”

REPORT: Amelia Hamlin “Embarrassed” For Scott Disick After DM Mocking Kourtney’s PDA is Exposed as Source Claims His Relationship With KUWTK Star Is “More Strained Than Ever” 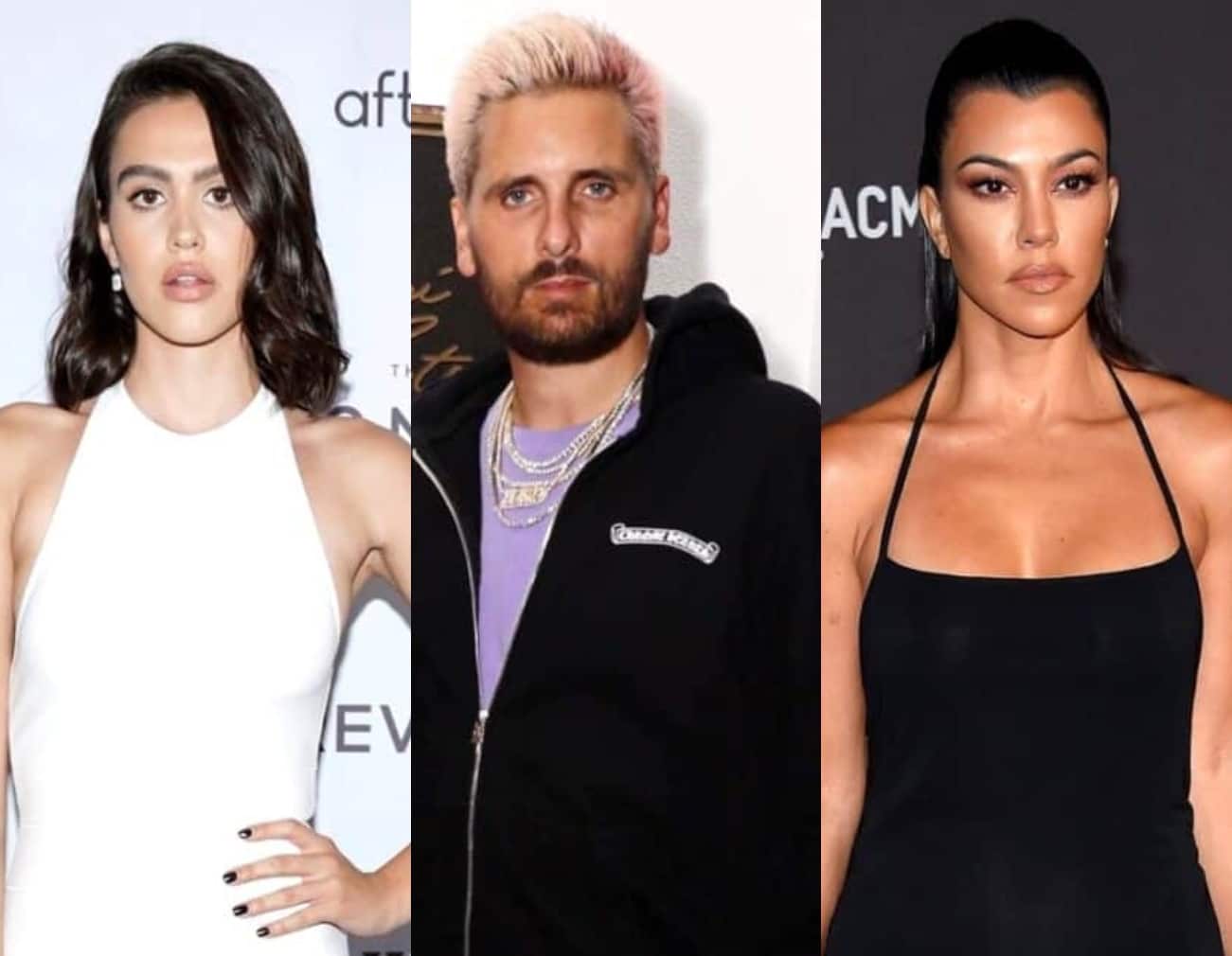 Amelia Hamlin is reportedly standing by Scott Disick following his leaked DM mocking Kourtney Kardashian as insiders say Scott’s relationship with the Keeping Up with the Kardashians star has hit a low point.

After Scott’s alleged DM regarding Kourtney’s PDA with her beau Travis Barker began to make headlines, Amelia is doing her best to support her man as she’s reportedly “embarrassed for him.”

“Amelia is standing by Scott’s side and is just supporting him. She knows what he thinks about Kourtney and Travis, so she more just feels bad that Younes [Bendjima]  did that to Scott,” a source told Us Weekly on September 2. “She’s embarrassed for him.”

As fans well know, Kourtney’s model ex called Scott out via Instagram while leaking a recent message he received from the Flip It Like Disick star.

“Yo is this chick ok!?????” Disick allegedly wrote alongside a photo of Kourtney passionately kissing Travis during their trip to Italy. “Brooo like what is this. In the middle of Italy.”

Scott hasn’t publicly addressed the message, but Travis seemingly responded by sharing a laughing meme while Amelia shared a photo of a man holding a sign that read, “Let’s be nicer to each other. We’re all trying our best.”

According to a separate report, Amelia has good reason to be embarrassed for Scott as the reality star is said to be humiliated by the whole ordeal because he thought Younes would react to the steamy photo in the same way.

“Scott was definitely embarrassed by Younes sharing his DM,” an insider told Us Weekly. “He didn’t realize when he messaged him that that would happen. He DMed him when he was in a heated moment and was just looking for him to react the same way being that they both dated Kourtney.”

Apparently, the Talentless founder, who shares three kids with Kourtney, needed someone to vent to as he’s had enough of the Poosh creator’s PDA with Travis.

“Scott’s sick of seeing photos of them splashed everywhere. He hates Travis,” the source spilled. “But what’s really got him riled up is the effect Travis and Kourtney’s relationship is having on his relationship with Kourtney.”

The source added that Kourtney is likely “pissed” that Scott created all this drama, but she’s not going to let it affect her relationship with Travis. However, the situation has reportedly affected her relationship with Scott as a third source claims that things are definitely “strained” between the two following the DM.

“What’s really got [Scott] riled up is the effect Travis and Kourtney’s relationship is having on his relationship with Kourtney,” the source shared.  “It’s more strained than ever.”

The insider added, “He’s trying to be the best parent he can be for their kids and make it work co-parenting, but he’s having problems now with Kourtney. He doesn’t think she should be showing off too much PDA because of their rated-R behavior. The kids are still young and can easily find paparazzi photos of them on their phones.”

The source went on to say that Scott was already concerned that Kourtney was trying to “put a wedge between him and the kids,” but now that Younes has leaked the DM, it has “made everything worse.”