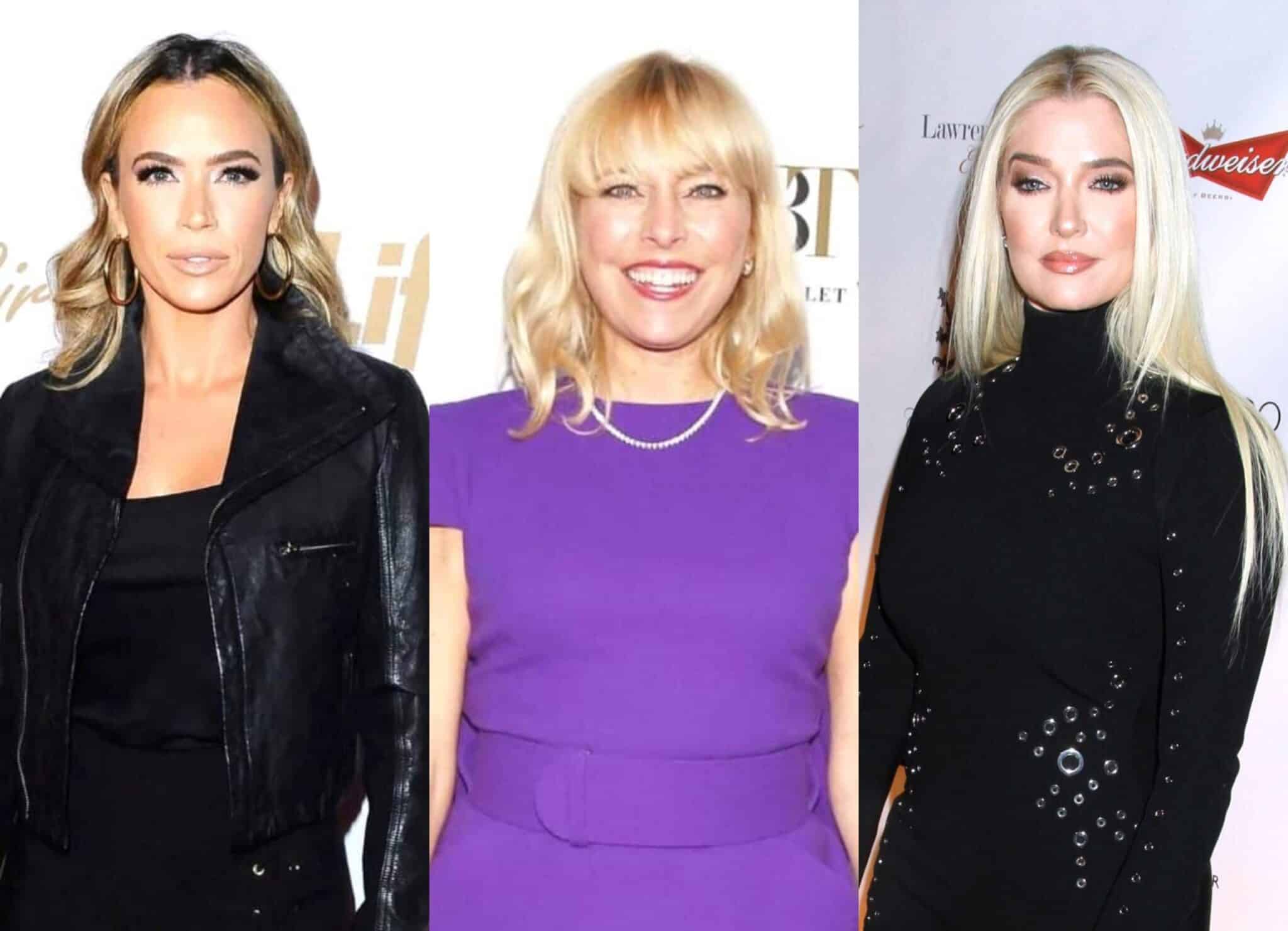 Teddi Mellencamp is not wavering in her support of Erika Jayne amid the Real Housewives of Beverly Hills star’s legal woes as she’s now calling out Sutton Stracke for her “hypocritical” interrogation of Erika.

Teddi has been fairly vocal lately following her guest appearance on the show, and it seems she’s not backing down when it comes to supporting the “Pretty Mess” singer. In a new interview, Teddi shared that she’s “proud” of Erika for being more transparent amid her legal mess.

“I can’t imagine how challenging this has been for her. I’m proud that she’s been able to be so open,” she said on September 3 episode of Us Weekly’s Getting Real with the Housewives podcast.  “I think Erika’s excellent at being a really good friend to other people and I think it’s hard for her to let people in,”

Teddi added, “I think that even though people may want more and every single crumb of detail, this is more than she ever has shared before and I think that goes to show how much she’s probably really been struggling.”

One person who’s been seeking a lot of details from Erika is Sutton, which led to Erika’s shocking reaction to her fellow Georgia native on the September 1 episode. But the way Teddi sees it, Sutton never had many questions for Erika before, so she’s wondering why she’s seeking so many answers now.

“I do think it’s a little bit hypocritical to never ask somebody questions about their personal life to then all of a sudden want all of the questions answered,” the All In founder explained. “Like nobody was grilling her about all of these personal details before, they were just letting it be.”

Teddi went on to shade Sutton for attempting to distance herself from Erika in order to protect her reputation. In fact, Teddi is questioning why Sutton even joined RHOBH if she’s so concerned about preserving her character.

“Nobody knew who Sutton was before Real Housewives, nobody even knew who I was either, but if you’re really concerned about your reputation, if you want to uphold, like, an amazing reputation and all of the charities you’re in and all the things, you don’t go on Real Housewives of Beverly Hills. … so that argument is a little flawed for me.”

As fans well know, shortly after Erika filed for divorce from Thomas Girardi, she and the former attorney were accused of embezzling millions of dollars meant for plane crash victims, including orphans and widows. Though Erika has denied being involved  in Thomas’ alleged misdeeds, she’s currently facing a $25 million lawsuit, which is the amount court appointed officials believe she fraudulently received from Thomas’ firm over the years.