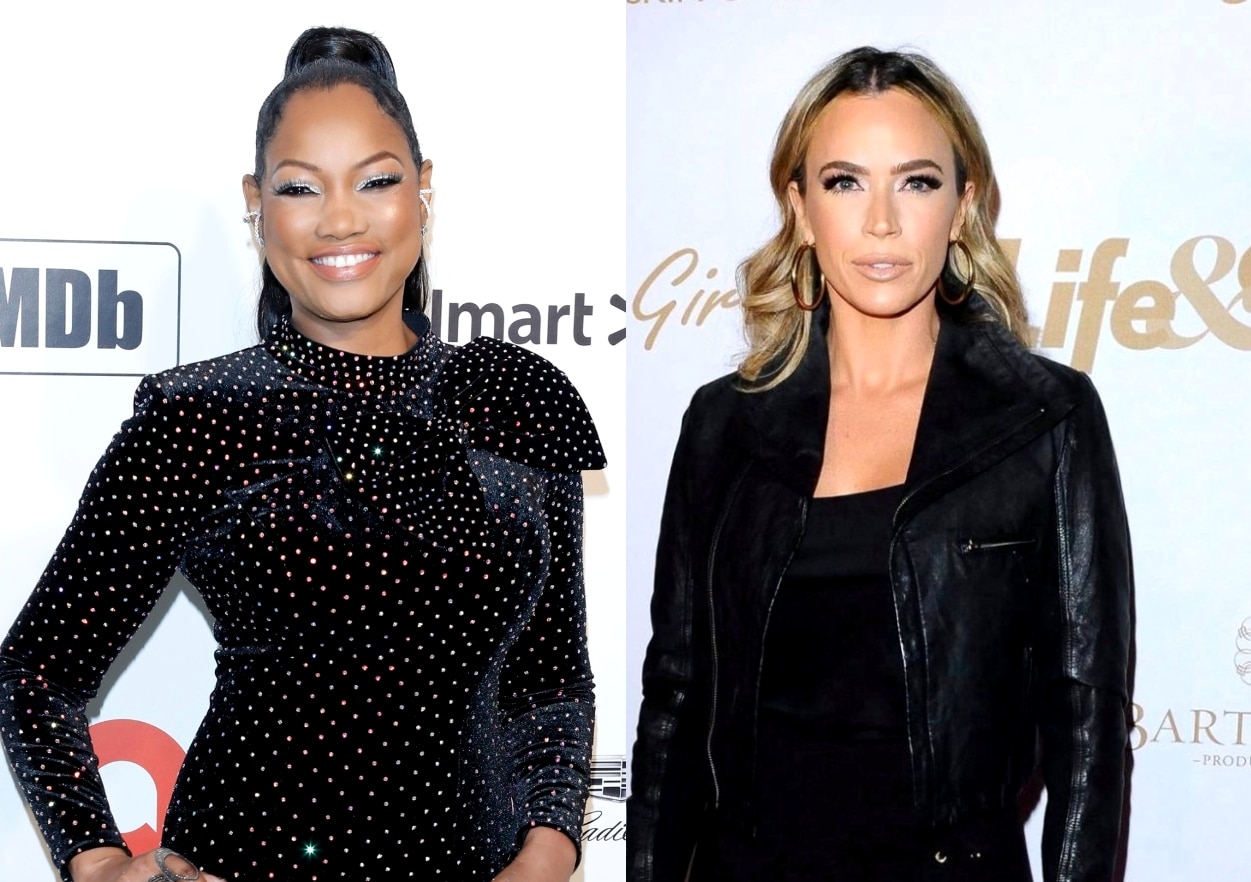 Teddi Mellencamp and Garcelle Beauvais are sparring on Twitter following Teddi’s claim that the Real Housewives of Beverly Hills star asked producers why she was on a recent episode.

Though Gacelle seemingly laughed when Teddi hilariously clapped back at her for suggesting she’s an annoying gnat on the August 18 episode, it seems Teddi isn’t ready to stop calling Garcelle out following her recent appearance on the show.

On Tuesday’s episode of her podcast, titled Teddi’s Tea Pod, she spilled some behind-the-scenes tea while speaking with her bestie, Kyle Richards.

“[Garcelle said], ‘Why is she even here and why does she get to have an opinion?'” Teddi claimed The Real co-host asked production after she came to Erika Jayne‘s defense at Kyle’s Christmas dinner. “And of course she knows they can’t use that.”

Teddi added, “But then I hear her say it, and I’m like, ‘Well, do I need to ask you when I can speak, Garcelle?”

Kyle chimed in and confirmed her friend’s claim before calling Garcelle’s actions, “Not cool.”

Once Garcelle got wind of the podcast after Queens of Bravo shared Teddi’s quote on Twitter, she initially denied asking production such a thing.

“Well that’s not true!” she commented.

But, after a fan replied, stating they really “want it to be true,” Garcelle responded, “I said it in front of her while we were filming.” 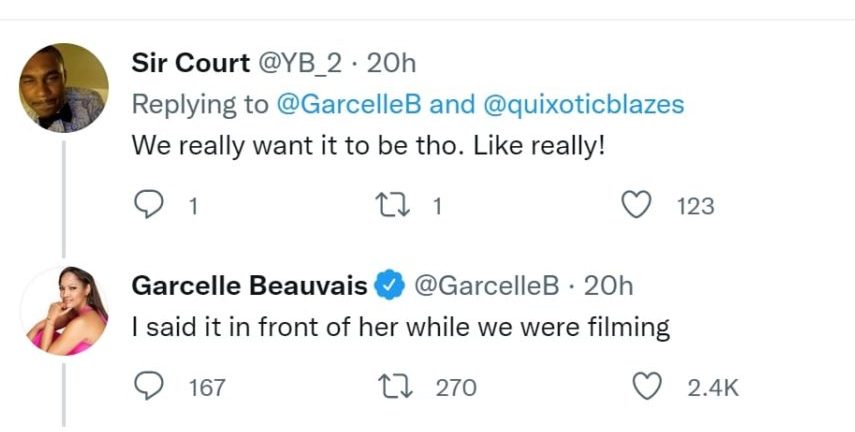 That’s when Teddi jumped in and called Garcelle out for shading her in public while reaching out to her with pleasantries and favors in private.

“I said you said [it] while looking at [production] in front of me while filming [and] I responded ‘Do I need to ask you when I can speak?'” the All In founder tweeted. “Maybe I should have asked why you text me Happy Bday or about mattresses [and] agents if you’re so bothered by me. But feed the trolls [and] thanks for the listeners!”

Though Garcelle has seemingly yet to respond, one fan took Garcelle’s side by suggesting that the actress’s question for production was a legitimate one.

“But why were you actually there though,” the fan wondered. “It made no sense.”

Teddi clapped back, “Y’all say you want ‘reality but when someone who was on the show for three years and has actual friendships with most of the cast shows up to a dinner you question why I…” She then added a frustrated emoji.