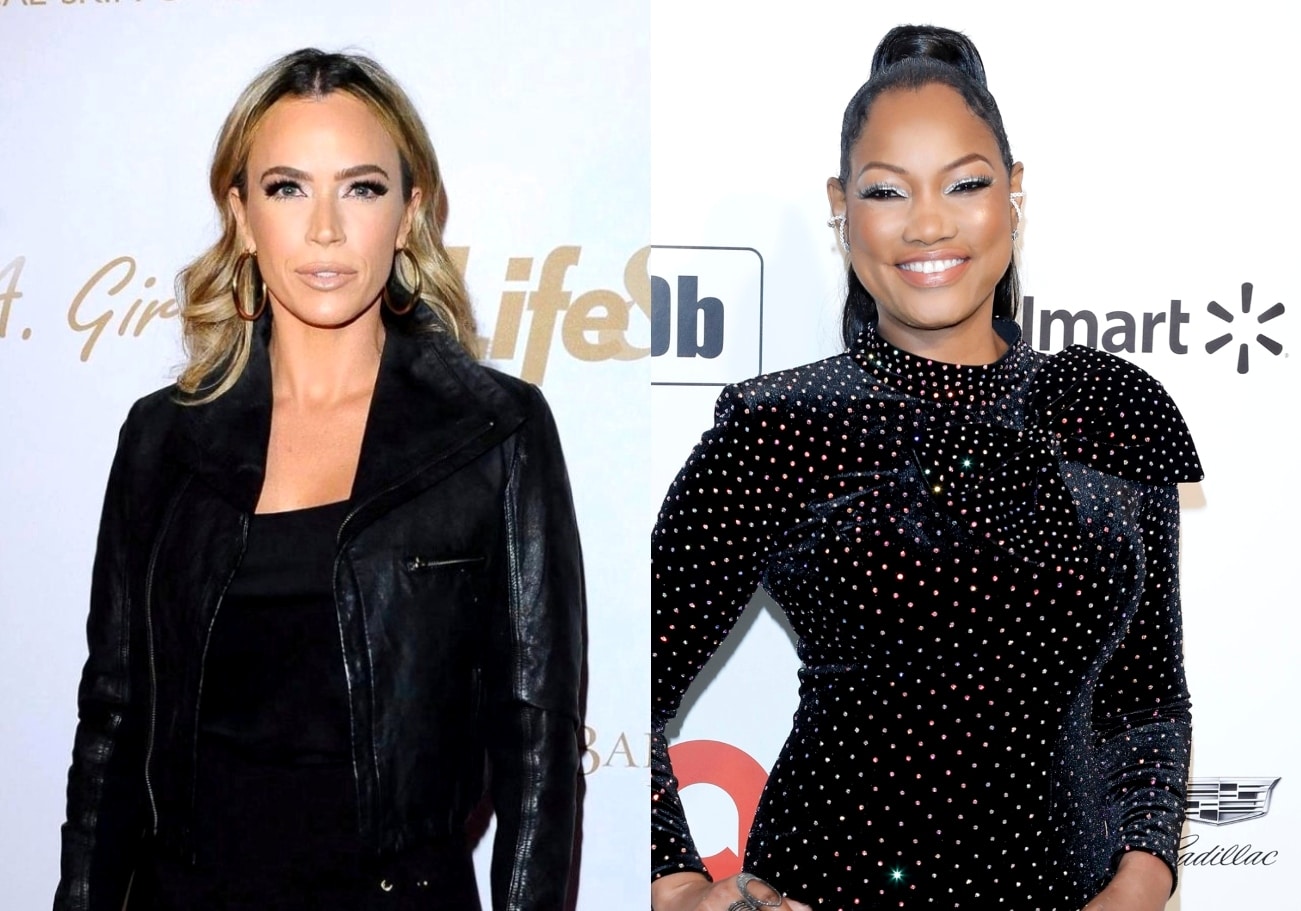 Teddi Mellencamp clapped back at Garcelle Beauvais on Instagram after her Real Housewives of Beverly Hills co-star slammed her as a “gnat” on the latest episode.

During last night’s episode, a producer asked Garcelle how she felt about Teddi showing up at Kyle Richards’ Christmas dinner. “I don’t know. She’s kind of annoying for no reason. Like a little gnat,” responded Garcelle as she laughed.

In a post shared to her Instagram account, Teddi, who confirmed her departure from the show last September after season 10, shared a hilarious photoshopped image of herself and poked fun at Garcelle’s diss in the caption as a number of her RHOBH castmates reacted with messages of their own.

“I am all abuzz about tonight’s [RHOBH]! A certain someone (me, it’s me) makes an appearance and the time just flies by. While you don’t get to see all the things that gnat-turally happened, I can sleep on my super comfortable mattress tonight knowing I’m happy with who I am and being authentically me. Catch the episode tonight at 8PM on @bravotv. And don’t forget the bug spray!” Teddi wrote in her August 18 post.

Following the post, a number of RHOBH stars shared comments, including Garcelle herself, who responded with a series of faces with tears of joy emoji.

“I AM DECEASED,” Kyle Richards wrote.

Meanwhile, Lisa Rinna and Crystal Kung-Minkoff reacted to Teddi’s post with their own collection of emoji, including the skull and crossbones, a bug, and a pirate flag. 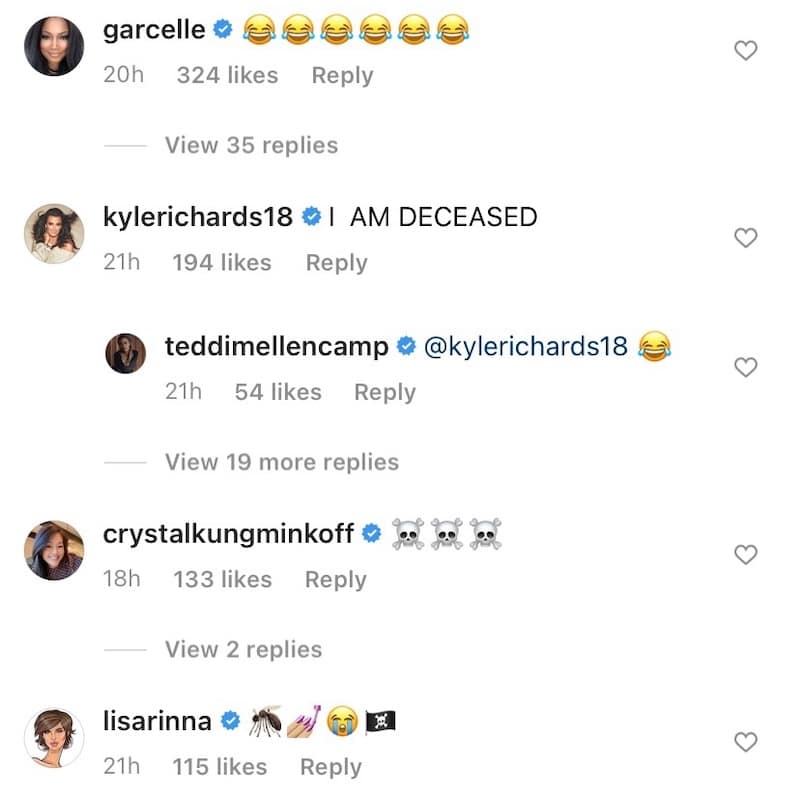 Also on social media, Camille Grammer weighed in on Garcelle’s diss on Twitter after seeing the moment mentioned by a Real Housewives fan page, who shared a clip of the Real Housewives of New York City cast laughing hysterically.

In her reaction, Camille quoted the tweet and shared a face with tears of joy emoji.

As RHOBH fans well know, Teddi and Camille have been on the outs for some time, with Teddi saying months ago that she would never want to end up like Camille, who she slammed as “bitter.”

“I don’t want to be the ex-housewife that is tweeting about the show years after I have been on the show about other people’s problems. I never want to be that person. Camille Grammer makes it her sole mission in life to try and put me down on Twitter and I’m like, ‘How does this involve you and why do you care?’” Teddi said on an episode of her podcast, Teddi Tea Pod. “If I do come back as a friend and it’s something I’m involved in, okay, but if I am not on that show, I better not be commenting on Twitter, especially trying to be mean.”