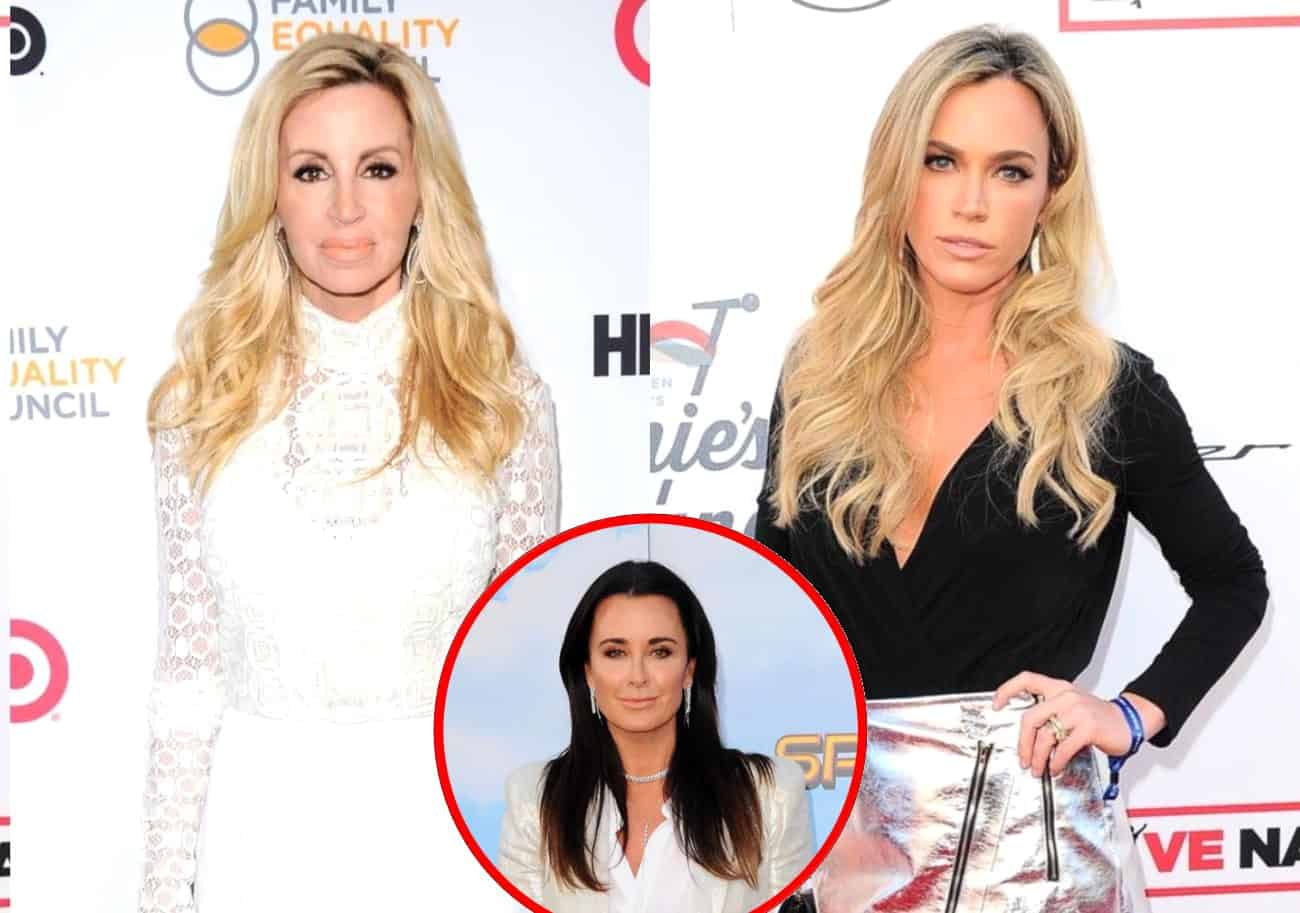 Former Housewife Camille Grammer never bites her tongue on The Real Housewives of Beverly Hills, and she’s letting everyone know how she really feels about Kyle Richards and Teddi Mellencamp‘s friendship on both TV and Twitter.

As we saw in last week’s first installment of the RHOBH season 11 reunion, Camille had a lot to say about Dorit’s Kemsley’s financial situation and Denise Richards‘ divorce. But as it turns out, we’ve only seen the beginning of the Bravo star’s seething tirade.

In a sneak-peek of part 2 of this week’s upcoming reunion episode, host Andy Cohen asks Camille to clarify an earlier Tweet in which she referred to Kyle and Teddi’s friendship as being “creepy.”

“I just felt that Teddi was, like, up Kyle’s a**,” Camille says defiantly. Teddi then interjects, sarcastically commenting on the fact that Camille asked Kyle to be her bridesmaid at her wedding in Hawaii even though they don’t have much of a relationship outside of the show. “Well, I’ve known her for a very long time,” Camille responds.

Camille then insinuates that the reason she doesn’t really hang out with Kyle much outside of the show is because Teddi swooped in—conveniently at the same time Lisa Vanderpump and Kyle were on the outs.

“Any time you want to have a conversation with Kyle, Teddi’s there to cut you off,” Camille admits. “And that’s annoying because I’ve known her for 10 years. I’d like to just speak to Kyle, one on one.” And then, almost as if on cue, Teddi interrupts Camille to explain herself. You just can’t write this stuff.

Camille also took to Twitter to further express her feelings just days after the first installment of the RHOBH reunion aired. In response to a fan who posted the sneak-peek clip, Camile slammed Teddi as being Kyle’s “mouthpiece.”

“I don’t understand the “mouthpieces”problem is? ???? Did Teddi have an issue with Kyle throwing me a bridal shower before I even asked Kyle to be a bridesmaid?” tweeted Camille.

I don’t understand the “mouthpieces”problem is? ???? Did Teddi have an issue with Kyle throwing me a bridal shower before I even asked Kyle to be a bridesmaid?

Later, Camille denied kissing up to Lisa after a fan accused her of doing just that. Instead, Camille insisted that she’s able to speak her mind—unlike some of her costars—because she’s not desperate for a spot on the show.

“I guess that is why I can tell my truth because I’m not vying for a spot on the show,” she tweeted back.

I guess that is why I can tell my truth because I’m not vying for a spot on the show.

The Real Housewives of Beverly Hills reunion continues on Tuesday, July 23 at 9 p.m. on Bravo TV.