Denise Richards Reveals the Real Reason RHOBH Cast Was Angry With Camille Grammer, Plus She Talks Charlie Sheen Being Upset Over Show and “Humiliating” Divorce 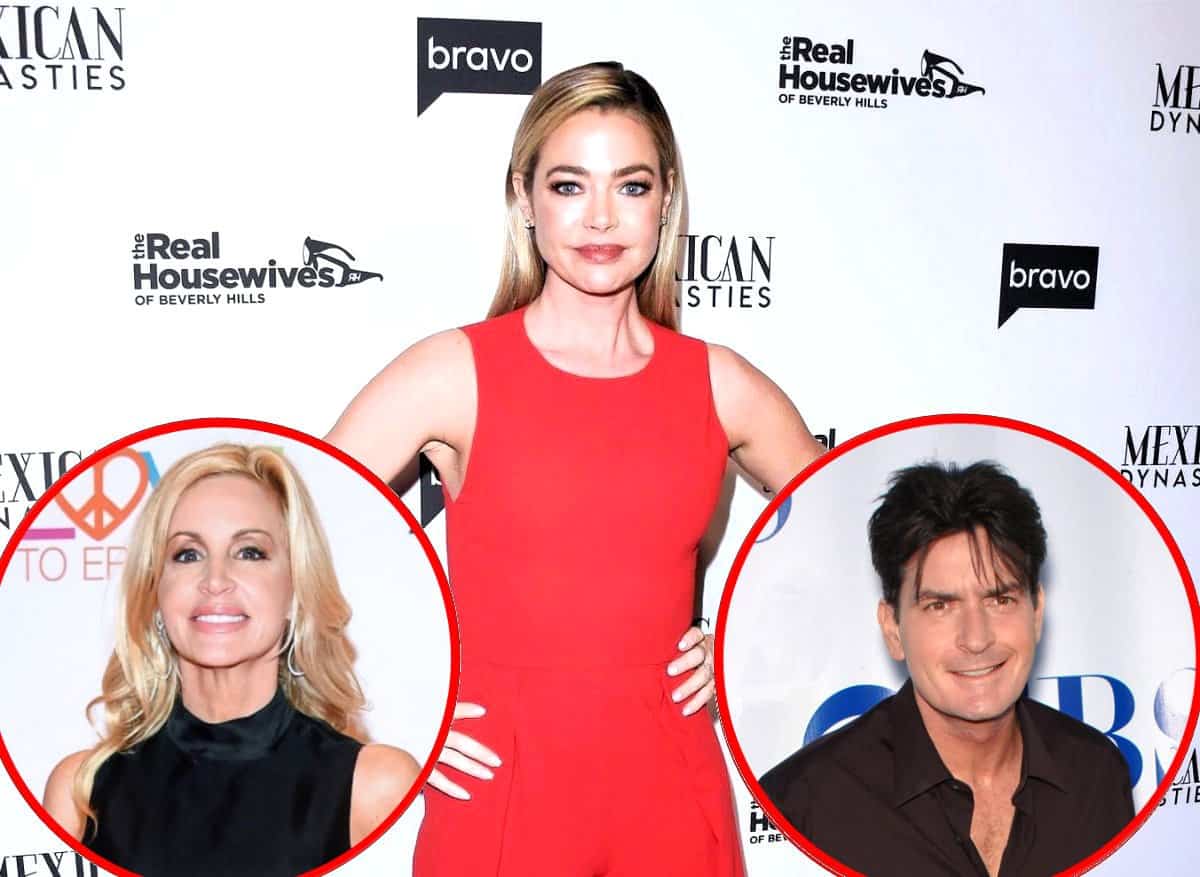 Charlie Sheen has denied tuning into new episodes of The Real Housewives of Beverly Hills in the past, but according to his ex-wife, Denise Richards, he did see one particular scene that upset him.

During an interview on Heather McDonald‘s podcast, Juicy Scoop, Denise opened up about Charlie’s main issue with the show. Then, she discussed their divorce, the reason she previously turned down a role on the show, and the real reason the RHOBH cast was upset with Camille Grammer over her comments about Lisa Vanderpump skipping her wedding.

“He wasn’t happy with me,” Denise said, explaining that Charlie was upset with her for mentioning on the show that he once brought a hooker to their Thanksgiving celebration. “I probably shouldn’t have said it, but whatever, I did. I didn’t think it was such a big thing because he was very open and honest about that part of his life.”

Denise and Charlie got married in 2002. In 2005, while pregnant with their second daughter, Lola, now 14, Denise filed for divorce. The couple also shares 15-year-old daughter Sam.

“I think things changed during our [marriage]… I wanted to stay married but some things happened while I was pregnant and I got divorced,” Denise told Heather of their split.

“It definitely wasn’t easy [filing for divorce while pregnant]… I did not realize at the time that it was going to be as public as it was obviously. And it’s hard. It’s humiliating,” she continued. “You don’t want things out there about your personal life and to have two babies, also my mother was very ill… It was definitely a very hard time.”

Also during her interview, Denise admitted that despite the drama surrounding Camille and her PEOPLE magazine interview about Lisa skipping her wedding, she never actually read the article. She then explained why the cast was so upset with Camille for praising Lisa despite the fact that Lisa wasn’t present when Camille walked down the aisle.

“For a lot of them who made arrangements for their kids, changed work obligations to be there for her wedding and support her, they felt slighted by that, that’s all,” she said.

While Denise wasn’t officially added to the RHOBH cast until last summer, that wasn’t the first time she was asked.

“I was approached in the years past where I thought it wasn’t the best time for me because in doing the show, I wanted to be really honest and there was a lot of stuff going on publicly and personally,” she explained, adding that while it wasn’t the show’s first season, she can’t recall which season it was.