Home Real Housewives of Beverly Hills News How is Camille Grammer Reacting to Denise Richards Slamming Her as ‘Inappropriate?’ Plus She Explains Why She Was Defensive at the RHOBH Reunion

How is Camille Grammer Reacting to Denise Richards Slamming Her as ‘Inappropriate?’ Plus She Explains Why She Was Defensive at the RHOBH Reunion 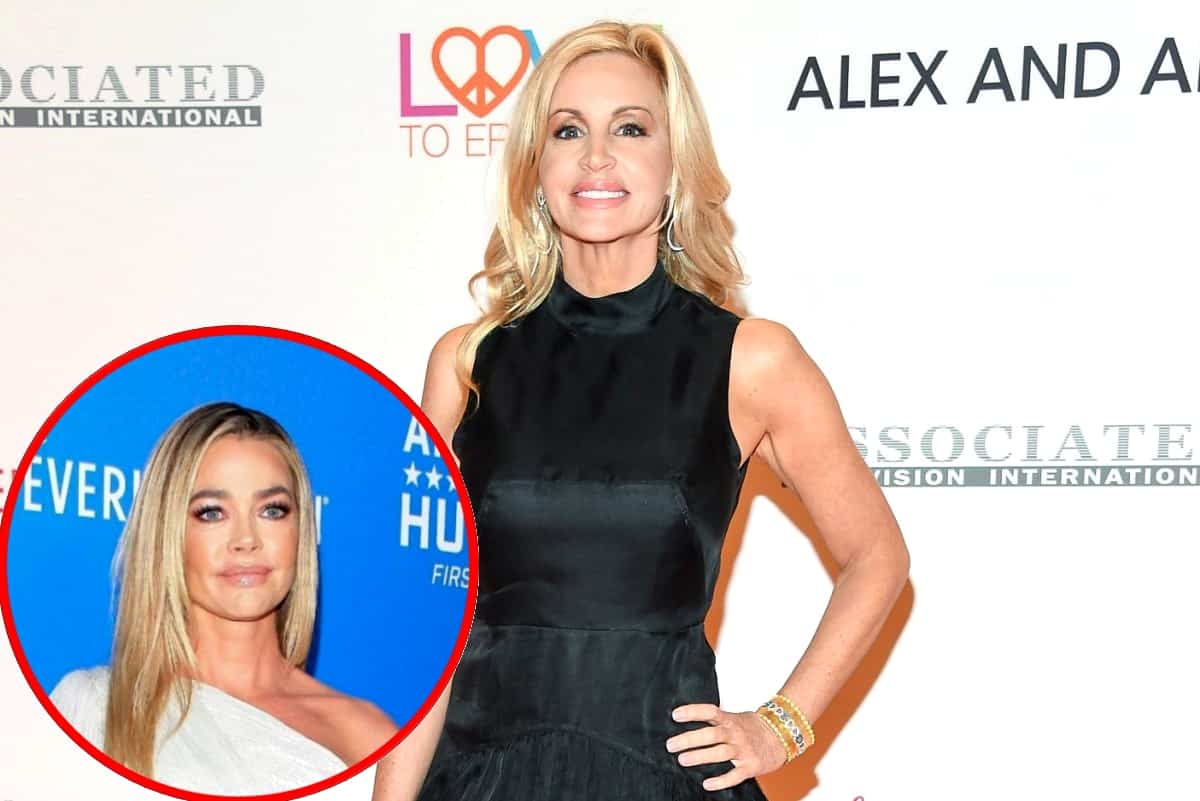 In addition to feeling that Denise was “out of line” for her comments about her questions regarding Dorit Kemsley‘s finances, Camille didn’t appreciate Denise potentially suggesting she was a “greedy b***h” when it came to her divorce from Kelsey Grammer.

“Camille feels that it’s been such a long time since the dinner, where she mentioned Dorit & PK Kemsley’s finances, happened. She’s already sincerely apologized about everything that was said,” a source close to Camille told Hollywood Life. “Camille felt really bad about the entire situation and realizes she crossed the line at the time… to still be questioning her and seeming so upset over it seems out of line to Camille.”

“It was Camille’s impression that she had made amends with the women to a certain degree so she could move on. Now, she’s just trying to move forward,” the insider added.

During an appearance on Heather McDonald‘s podcast, Juicy Scoop, Denise told the host that she didn’t understand why Camille came for Dorit during a dinner with their co-stars.

“It was out of left-field. That’s why I didn’t understand. Like, where is this coming from? It had nothing to do with what they were all talking about,” Denise explained.

In her latest blog, Camille also reacted to Tuesday’s episode of the RHOBH reunion and said that while she did have reservations in the weeks leading up to the taping, she didn’t want to be intimidated by her co-stars.

“So I picked myself up by my bootstraps and headed into the lion’s den. My sense of dread was confirmed by their looks and churlish laughter. They were coming for me,” she wrote.

According to Camille, her co-stars’ reunion attack was both sneaky and personal.

“While sitting on the couch Andy asked for my reaction or thoughts about Denise’s divorce settlement. Why, I don’t know. I didn’t follow her divorce with Charlie, so I have no idea what their settlement was. She took that as a slight, but it wasn’t,” Camille insisted.

As for the “greedy b***h” comment Denise made while discussing her divorce from Charlie Sheen, Andy Cohen seemed to suggest the comment was made in an effort to diss Camille.

“I felt that there was a deliberate inference by Andy’s questions to me after Denise’s proclamation that she wasn’t a ‘greedy b***h’ that I was. That put me on the defensive,” Camille admitted. “While my divorce settlement was lucrative, as I explained, I did work to help my ex through his hardships, addictions, recovery, and heart attack and we co-owned our production company.”

Camille also insists that she never meant to imply that Denise didn’t work as hard as she did, but rather to let Andy know that she worked hard and deserved the settlement she got in her divorce.