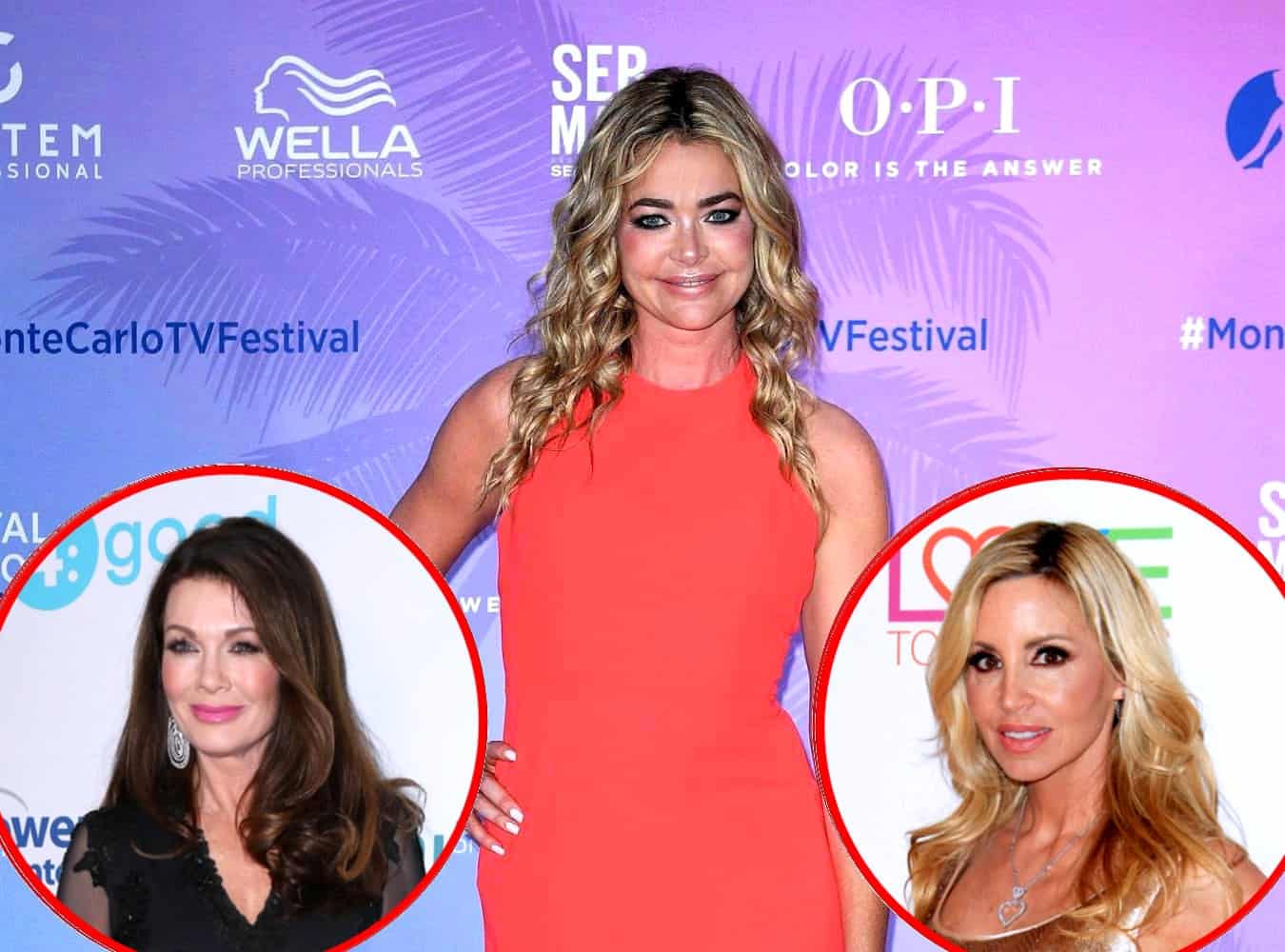 Denise Richards appeared on Heather McDonald’s podcast on Tuesday. There, she opened up about the “inappropriate” behavior of her Real Housewives of Beverly Hills co-star Camille Grammer and the recent exit of her former co-star, Lisa Vanderpump.

Before sharing her thoughts on the end of Lisa’s nine-season run, Denise addressed Camille’s comments about her rented home and slammed her for bringing up the financial hardships currently facing Dorit Kemsley on camera.

“I had just sold my house and Aaron and I wanted to figure out where we wanted to live,” Denise explained to Heather on her Juicy Scoop podcast of her and Aaron Phypers‘ decision to rent a home in Malibu, California. “Actually the rent was more than my mortgage anyways. I was like who cares.”

After losing her owned home in Malibu to the Woolsey Fire in Los Angeles in November of last year, Camille dismissively mentioned that Denise, whose entire family was displaced, had “rented” the home she was unable to get to.

“It was really rude when she made that comment but whatever. A lot of people rent,” Denise noted. “I never hid the fact.”

Also rude was the fact that Camille brought up Dorit’s money issues during a group dinner with the cast, which Dorit claimed she did to embarrass her.

“At the dinner, I think it should have just stayed [on topic] instead of bringing up stuff that had nothing to do with any of that. That’s why I didn’t understand why she was coming at Dorit. What did her finances have to do with them mentioning her wedding?” Denise wondered.

“It was out of left field. That’s why I didn’t understand,” she continued. “Where is this coming from? It was inappropriate. It shouldn’t have been discussed at a table with all of us. And it had nothing to do with what they were talking about.”

As for Lisa’s exit, Denise said she understood Lisa’s decision to walk away, but she also said that she remains hopeful that Lisa and Kyle Richards will eventually reconcile their friendship.

“I think that it’s hard to be on the show if you don’t have a friend on the show, although I do think that her and Kyle will be able to repair [their friendship],” she said. “I think that she’s gone through so much personally and she has another show, she has Vanderpump Rules and all that.”