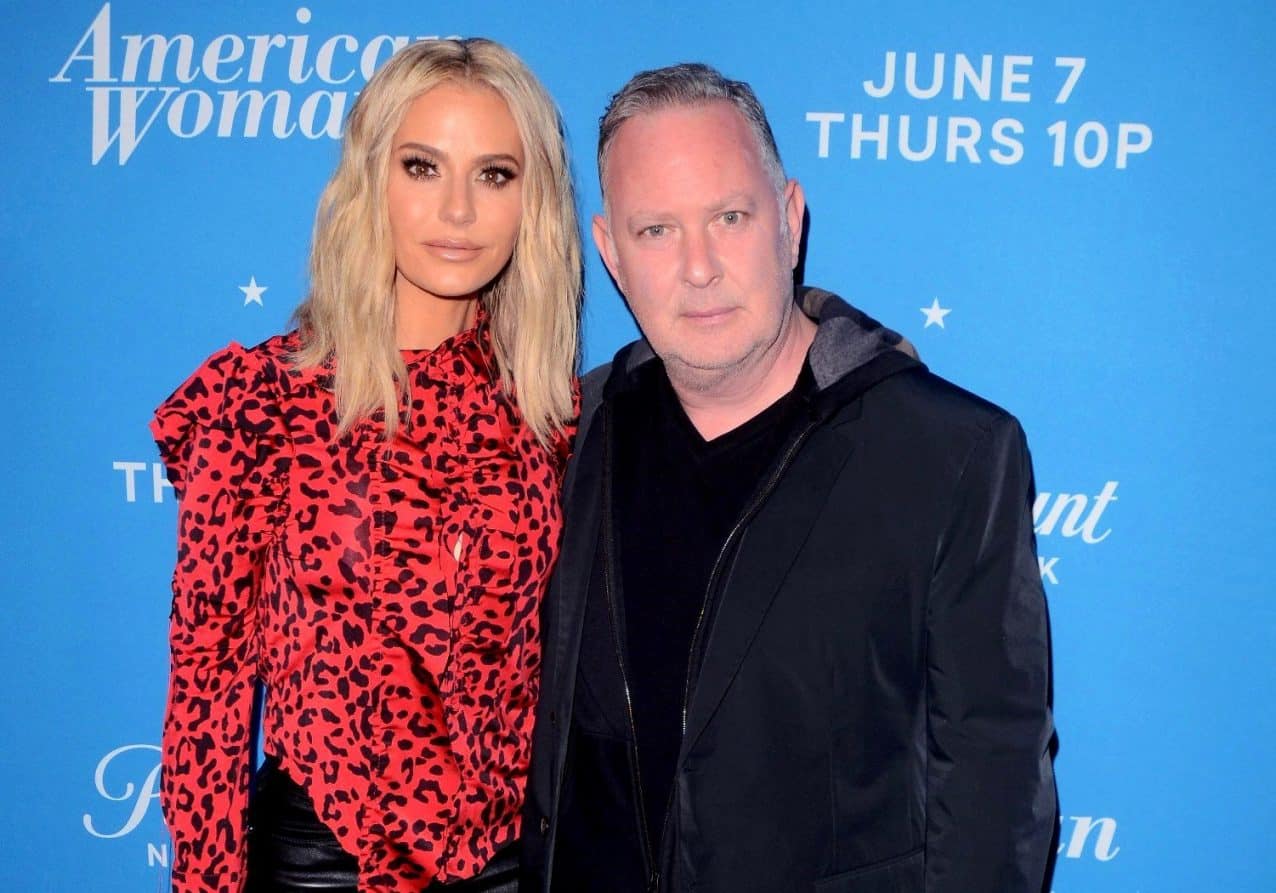 Dorit Kemsley and her husband, Paul “PK” Kemsley, are addressing the recent news stating one of their bank accounts has been frozen.

Less than one week after it was reported that The Real Housewives of Beverly Hills cast members were unable to access the funds located in a City National Bank account due to PK’s $1.2 million legal battle with a man named Nicos Kirzis, PK poked fun at the report on Instagram.

“When your accounts are supposedly frozen …. you have to ‘let it go,'” Paul wrote in the caption of a Disney-inspired meme, which featured Frozen‘s Elsa standing at an ATM machine. 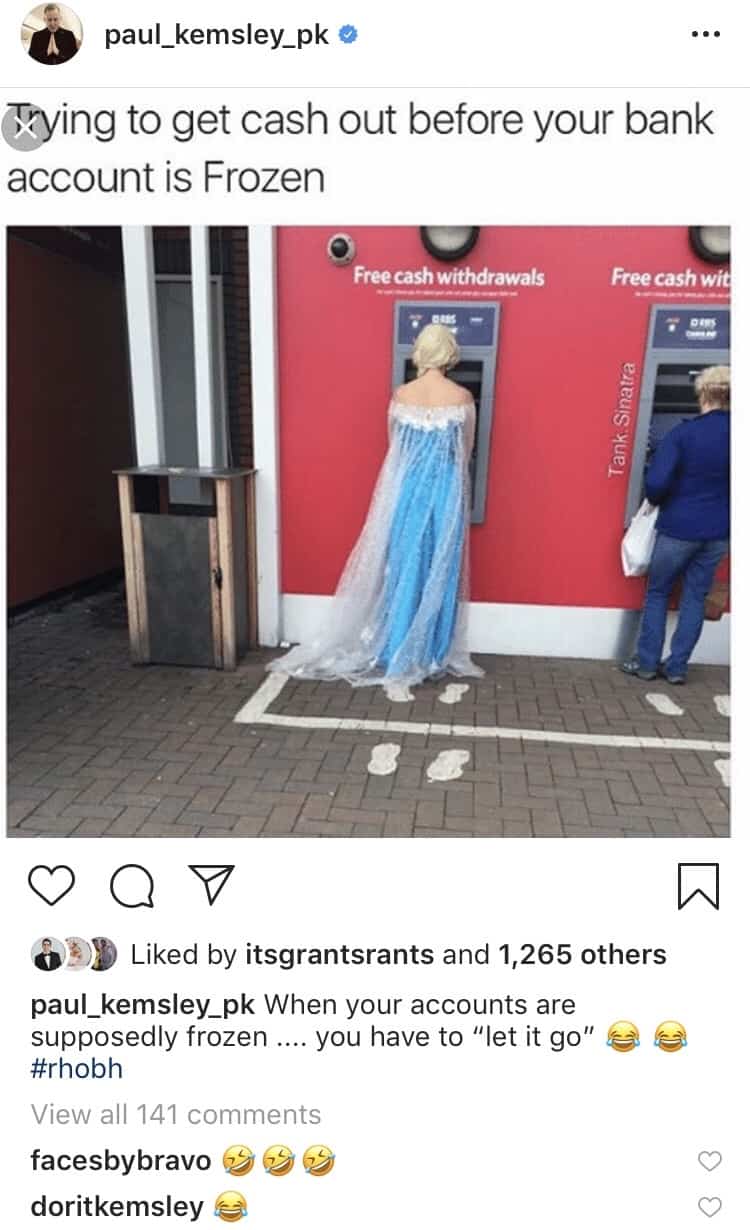 In addition to PK’s meme, Boy George‘s manager also responded to a fan who seemed to give a nod to the reported financial hardships he and Dorit have been facing over the past several months.

“Love u and [Dorit Kemsley] read a few articles today with all that’s going on in your family. Just know there is light at the end of the tunnel u guys are so awesome you’ll get through anything !” the fan wrote.

“Don’t believe all you read my family are absolutely perfect thank you,” PK replied.

During a RHOBH After Show in June, Dorit suggested she and PK were targeted due to their fame and said there was far more to their supposed money issues than what has been revealed.

“PK’s affairs, and whoever’s coming out trying to say he owes him money, that is from another lifetime ago,” Dorit said. “It’s way before me. It’s way before his bankruptcy. It’s at the height and unfortunately, when you become public, they come out of the woodworks. And that’s exactly what is happening.”

“There is far more to the story than what people think that they know and there’s a lot that I can’t say because it’s in the hands of lawyers,” she added.