Home Real Housewives of Beverly Hills News Teddi Mellencamp Talks “Negativity” From Fans After RHOBH Firing and Vows to Be Nothing Like Camille Grammer on Twitter, Reveals Which Family Member Was Upset Over Exit and Dad’s Reaction

Teddi Mellencamp Talks “Negativity” From Fans After RHOBH Firing and Vows to Be Nothing Like Camille Grammer on Twitter, Reveals Which Family Member Was Upset Over Exit and Dad’s Reaction 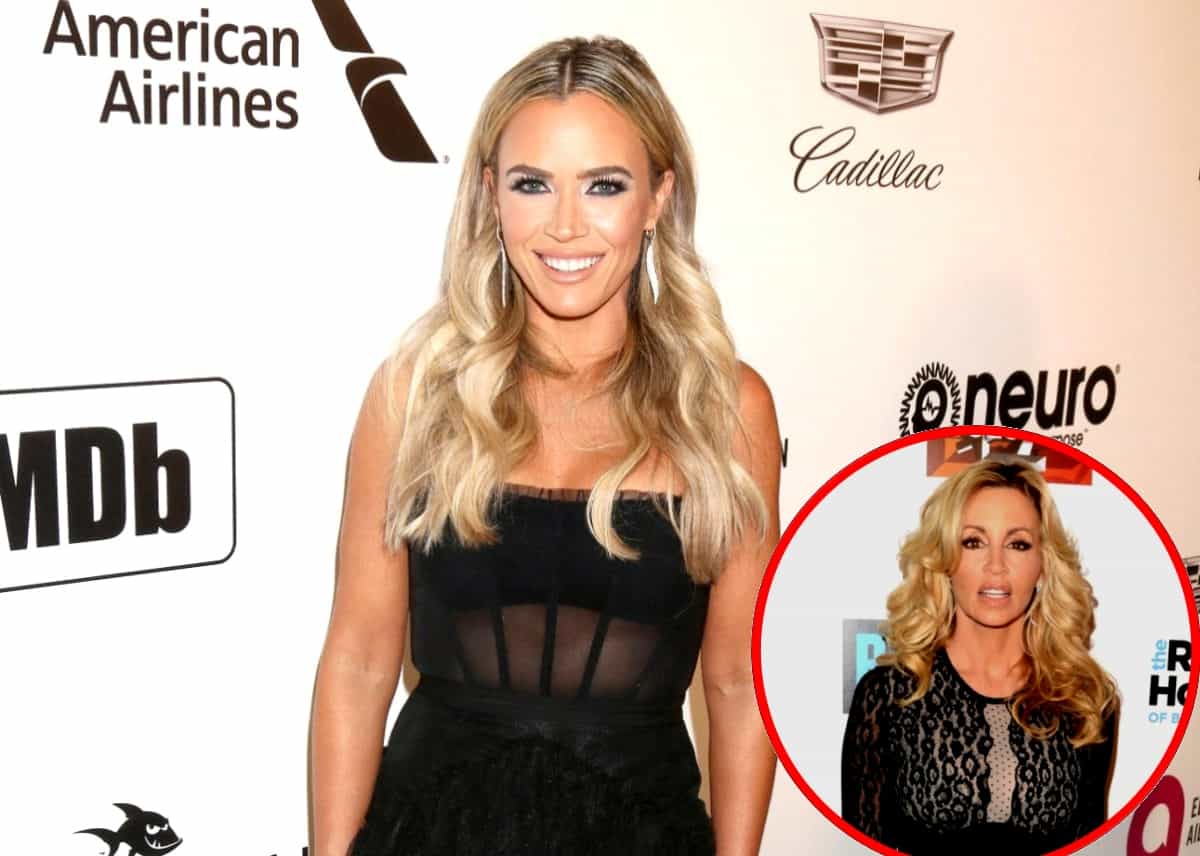 Teddi Mellencamp went through a wave of emotions after learning Bravo was not renewing her contract for the upcoming 11th season of The Real Housewives of Beverly Hills.

While discussing her exit from the show on the latest episode of her podcast, Teddi revealed she’s been stalked in recent weeks before promising not to take on the social media patterns of Camille Grammer. She also explained what her dad, singer John Mellencamp, said after learning she had been fired.

“I was going in waves of laughing and crying [and] I didn’t know how to reconcile my emotions,” Teddi admitted on the October 1 episode of Teddi Tea Pod.

According to Teddi, she chose to confirm her firing on social media as soon as it happened, rather than pretend her exit was a mutual decision between herself and Bravo. However, at the same time, she turned off the comments to her post because she didn’t want to be faced with negativity from trolls.

“The truth is, sometimes you are in a good place to take heat. That wasn’t the day for me. But I knew I had to be honest and I wanted to come forward and tell the truth,” she explained.

Ever since she left the show, Teddi claims paparazzi have been “stalking” her.

“I’ve had paparazzi stalking me every day since this happened. I think they’re waiting for me to have this crying breakdown. I may have them sometimes but it’s not going to be outside during my run. I do that in the bathtub when no one is watching,” Teddi laughed.

Although there is certainly a lot that Teddi will miss about her time on the show, including her friendships with her castmates, she told listeners on Thursday that she won’t miss Twitter before throwing some shade at Camille and her many RHOBH-related posts.

“I don’t want to be the ex-housewife that is tweeting about the show years after I have been on the show about other people’s problems. I never want to be that person. Camille Grammer makes it her sole mission in life to try and put me down on Twitter and I’m like, ‘How does this involve you and why do you care?’” Teddi noted. “If I do come back as a friend and it’s something I’m involved in, okay, but if I am not on that show, I better not be commenting on Twitter, especially trying to be mean.”

In addition to moving into her new $6.49 million home in Encino, California, Teddi has been spending time with her family and focusing on her business, All In, which came under fire last month for allegedly encouraging starvation diets and other unhealthy practices.

“I’ve been focusing on the morale of my employees, my clients, and the things I did prior to Housewives because when I’m filming Housewives, I can only keep on so many personal clients myself,” Teddi shared.

“My dad was like, Listen, when one door closes, another opens — as long as you keep showing up for yourself every day,” Teddi revealed.

As for her husband, Edwin told her that he wishes RHOBH producers showed more of who she really is.

“My husband’s like, ‘I wish everybody got to see the amazing things. Like your first season, people got to see a lot of who you are. You’re silly, you make fun of yourself, you don’t take yourself too seriously but you’re such an amazing mom,’” Teddi shared.

“The only person that was really pissed [about my exit from RHOBH] was my son Cruz. He goes, ‘Mom, what did you do? I wanted to be famous! Now what?’” she added.