Home Real Housewives of Beverly Hills News Teddi Mellencamp Gives Update on Her Kids’ Friendships With Dorit’s Children Amid Their Feud, Addresses Friendship With Kyle and Shares Most and Least Favorite Parts of RHOBH

Teddi Mellencamp Gives Update on Her Kids’ Friendships With Dorit’s Children Amid Their Feud, Addresses Friendship With Kyle and Shares Most and Least Favorite Parts of RHOBH 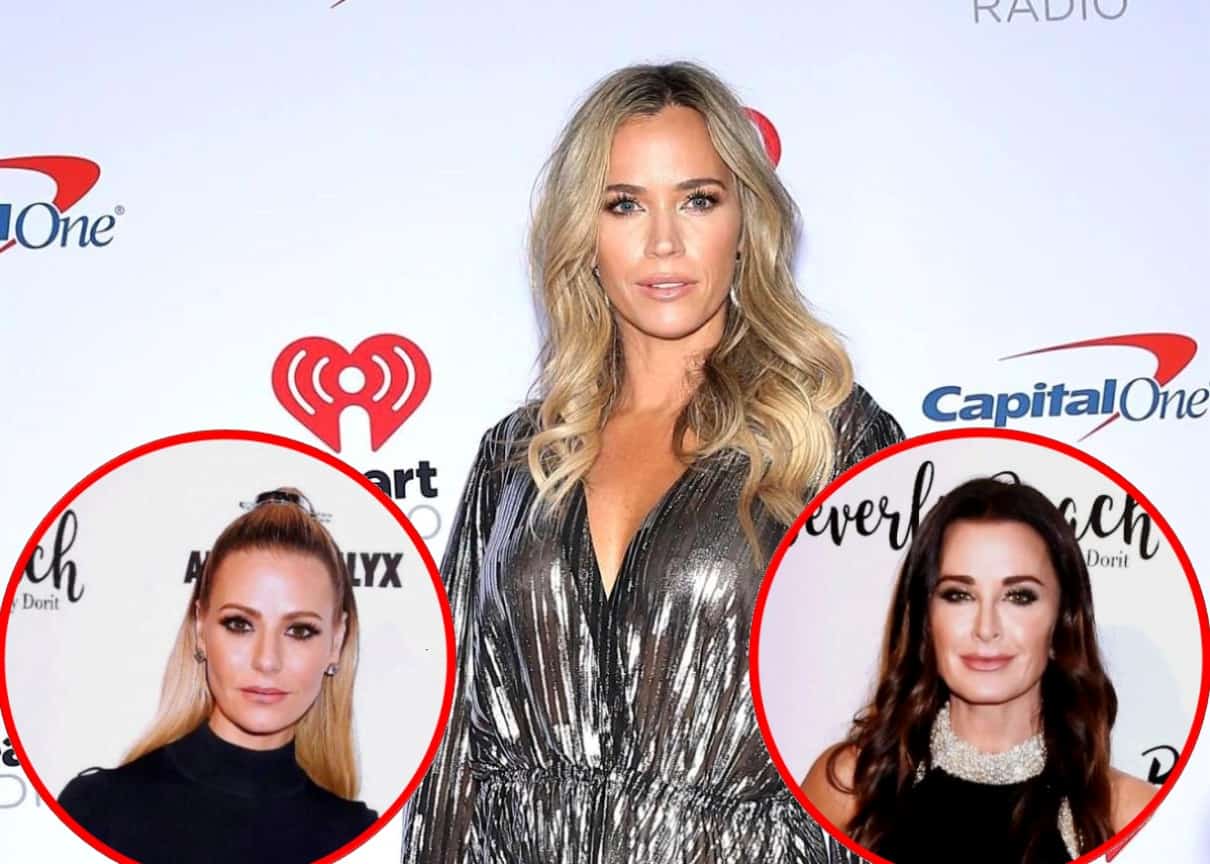 Teddi Mellencamp held a Q&A session on her Instagram Stories on Tuesday, and during her brief chat with her fans and followers, she opened up about her kids’ friendships with the children of Dorit Kemsley, offered an update on her controversial friendship with Kyle Richards, and revealed her most and least favorite parts of appearing on The Real Housewives of Beverly Hills.

Teddi first addressed the reason behind the current hiatus of the RHOBH season 10 as she explained why she and her castmates won’t be seen in new episodes until July 8.

“Why is RHOBH on a break?” a fan asked at the start of Teddi’s chat.

“I think it’s because we were behind in our confessionals because during the pandemic, at first, we didn’t have the interviews set up because we couldn’t have the crew here but then they ended up bringing the stuff to us and we set up our own interviews,” Teddi explained.

“Are [your] kids still friends with [Dorit’s] kids?” asked another fan. 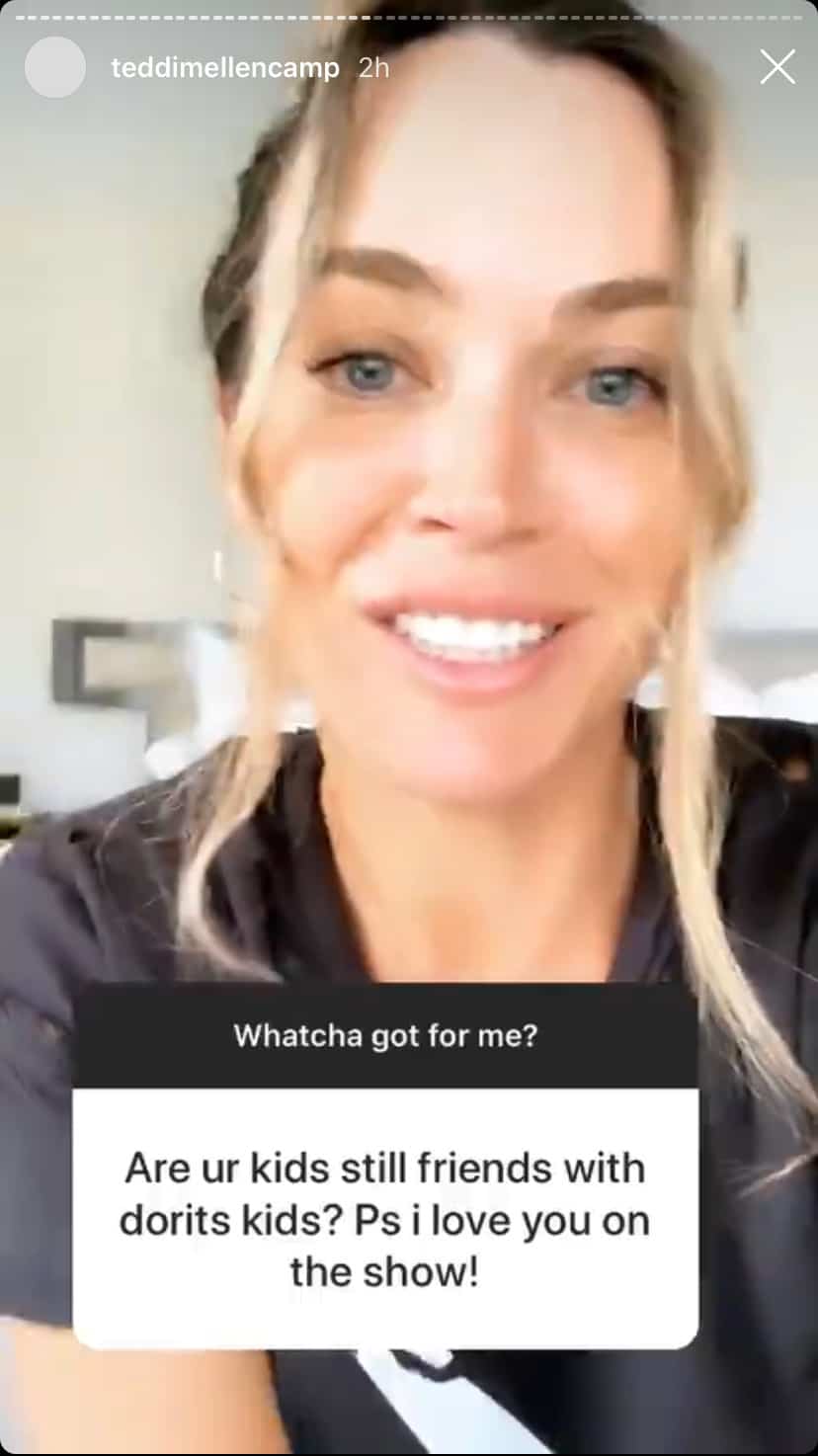 As most RHOBH  fans are aware, Teddi and Dorit have been feuding both on and off the show this season.

“It’s actually really cute to watch,” Teddi replied, confirming the friendships. “No matter how much time has passed, they always have such a blast. I think because of the commonality of the show, they are constantly making jokes about, ‘I’m on the show. Are you on the show? I have a mic. Do you have a mic?'”

Teddi was then confronted by a fan who wanted to know if she and Kyle were still close friends. In response, Teddi joked that she and Kyle are still going strong and upsetting people along the way. 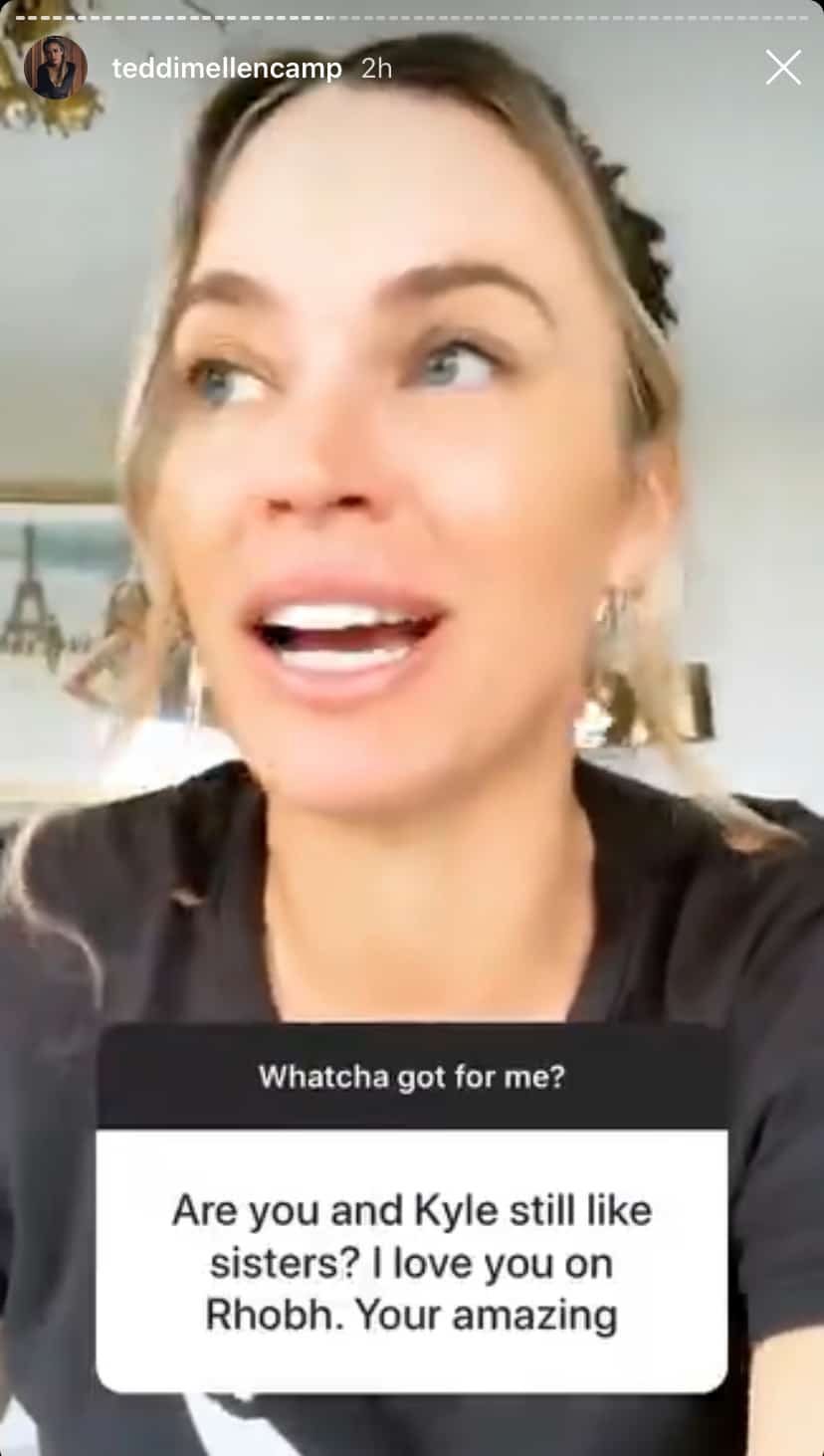 “Nothing has changed between Kyle and I. [We’re] driving people crazy by the second,” she shared. 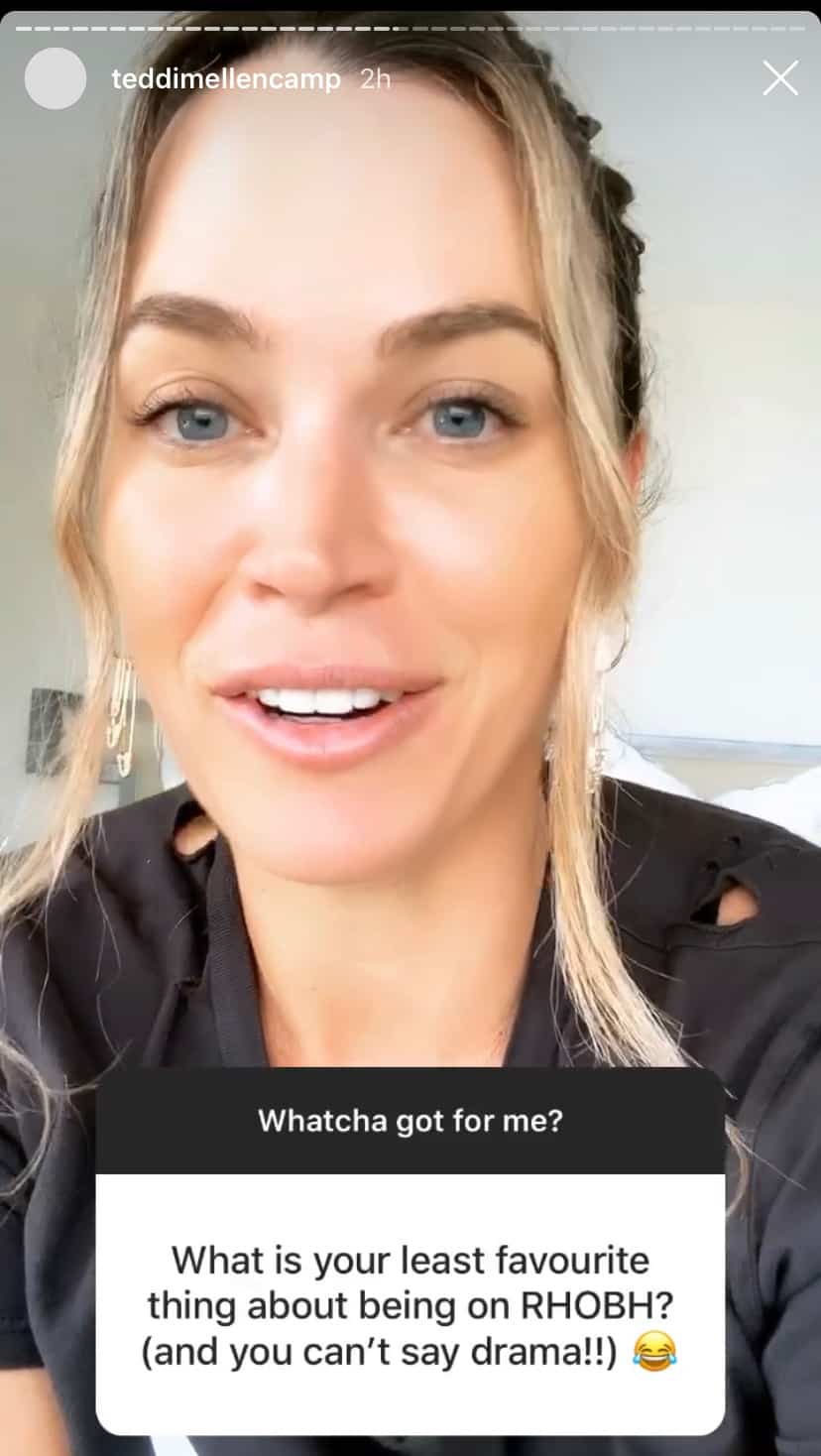 “We have a lot of fun together and there’s a lot of laughter, whether you see it or not. Also, learning from a group of strong, hardworking women,” she shared.

“My least favorite thing is when you think you are cool with somebody in the season and then you’re watching the confessionals and they’re saying things behind your back,” Teddi continued. “You’re like, ‘What?'”