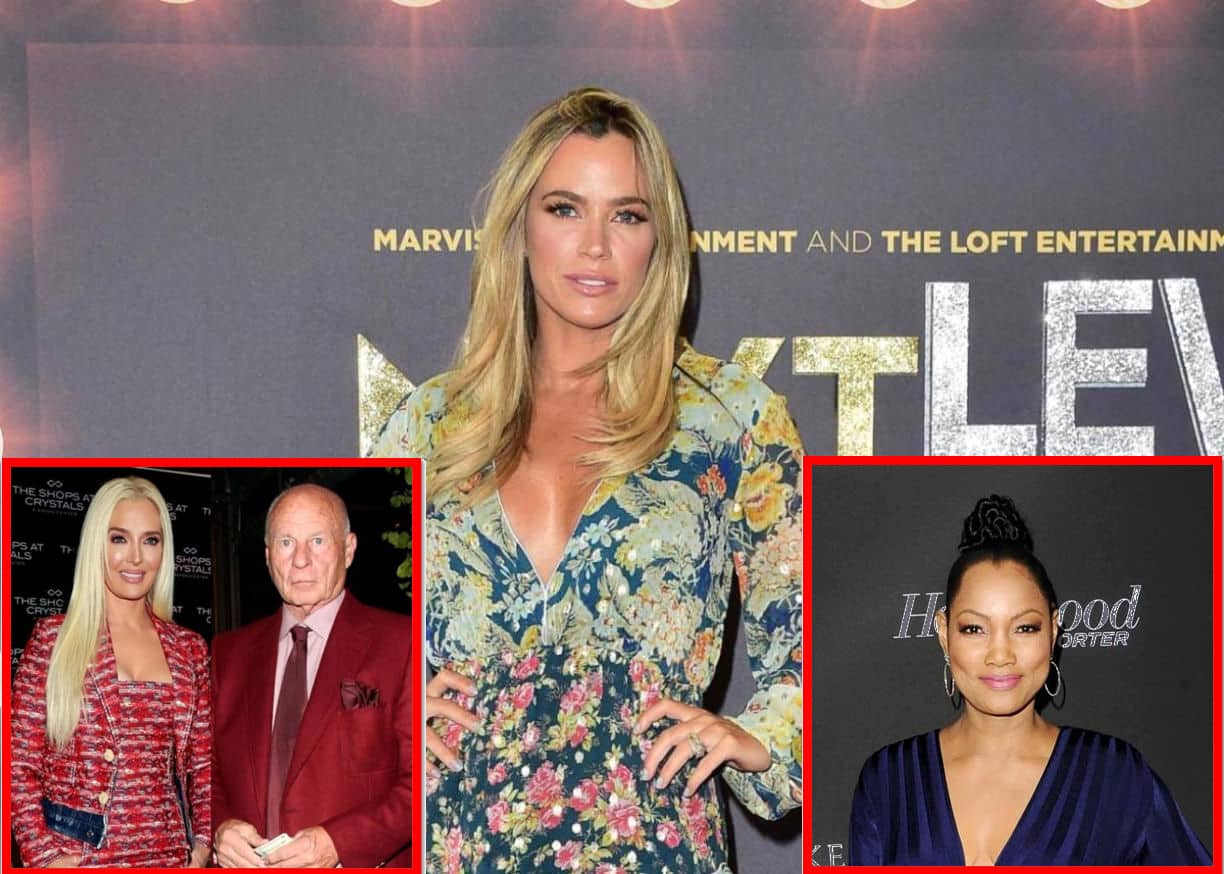 Teddi Mellencamp is speaking out about her recent cameo on The Real Housewives of Beverly Hills.

After she and her castmates were seen confronting Erika Jayne about their concerns over her legal scandal, Teddi revealed what was cut from the dinner party scene before sharing her thoughts on Tom Girardi, Sutton Stracke, and Garcelle Beauvais, and exposing the celebrity who’s been trying to get her to hook her up with her dad, John Mellencamp.

“A lot wasn’t shown because so much was going on. There was so much more and it was so much more dramatic,” Teddi revealed on the August 20 episode of E!’s Daily Pop of what wasn’t seen on the show. “There was all these other arguments between a lot of us.”

While the RHOBH cast has been asking tons of questions regarding what Erika knew about her estranged husband‘s alleged crimes against his former clients, Teddi admitted to having suspicions about Tom before the scandal.

“I filmed with Erika for three years. We were good friends, we still are friends and I only saw Tom twice,” she mentioned. “I never just got the best read from him. The one time I did actually hang out with Tom, it was last season, we all sat around, you guys saw it, and he just sat there and told stories about himself and how wonderful he was the whole time.”

“I was like, ‘Why are we sitting here letting this man hold court. These stories are boring. They’re from a million years ago. And why are we, like, putting him on a pedestal?’” Teddi recalled. “And can you imagine being the wife to that? I can’t imagine doing that for 22 years. And I truly don’t think he was opening up and sharing with her. He didn’t even let her speak in front of her friends.”

Although Teddi didn’t have the best things to say about Tom, and understandably so, she said she found Erika to be “great.”

“She’s the person that will check on you if something’s going on. She will lift you up. She really is a kind person so I wanna believe until I hear otherwise that that’s the case,” Teddi stated.

Throughout the recently airing episodes of RHOBH, Sutton has been leading the pack when it comes to questioning Erika’s involvement with the stolen funds of Tom’s past clients. And, during a recent episode, she suggested her reputation was on the line.

“I’m not trying to be shady, but I guess I am, but prior to the Housewives, did anybody know who Sutton was?” Teddi asked after Sutton’s comment was mentioned. “I’m sorry. So, this reputation you’re looking to uphold… for what? I don’t get it.”

In addition to having a bone to pick with Sutton, Teddi also took aim at Garcelle, who shaded her as an annoying gnat during Wednesday’s episode, by suggesting she acts one way to her face and another way behind her back.

Also during the interview, Teddi revealed that Dina Lohan recently “slid into [her] DMs” in hopes of getting a date with her newly single father.

“I’ve been too uncomfortable to actually accept it because I don’t want them to know… And now it’s relentless. Now every post I do with my kids, ‘You’re such a good mom.’ It’s just so good. Could you imagine? Lindsay and I… would we be sisters?” Teddi exclaimed.