Home Real Housewives of Beverly Hills News Sutton Stracke on Why She Didn’t Want to Be Around Erika Jayne, Suggests RHOBH Cast Have Clouded Judgement and Says Upcoming Fight “Worse in Person,” Plus She Addresses Crystal’s “Jealous” Comment

Sutton Stracke on Why She Didn’t Want to Be Around Erika Jayne, Suggests RHOBH Cast Have Clouded Judgement and Says Upcoming Fight “Worse in Person,” Plus She Addresses Crystal’s “Jealous” Comment 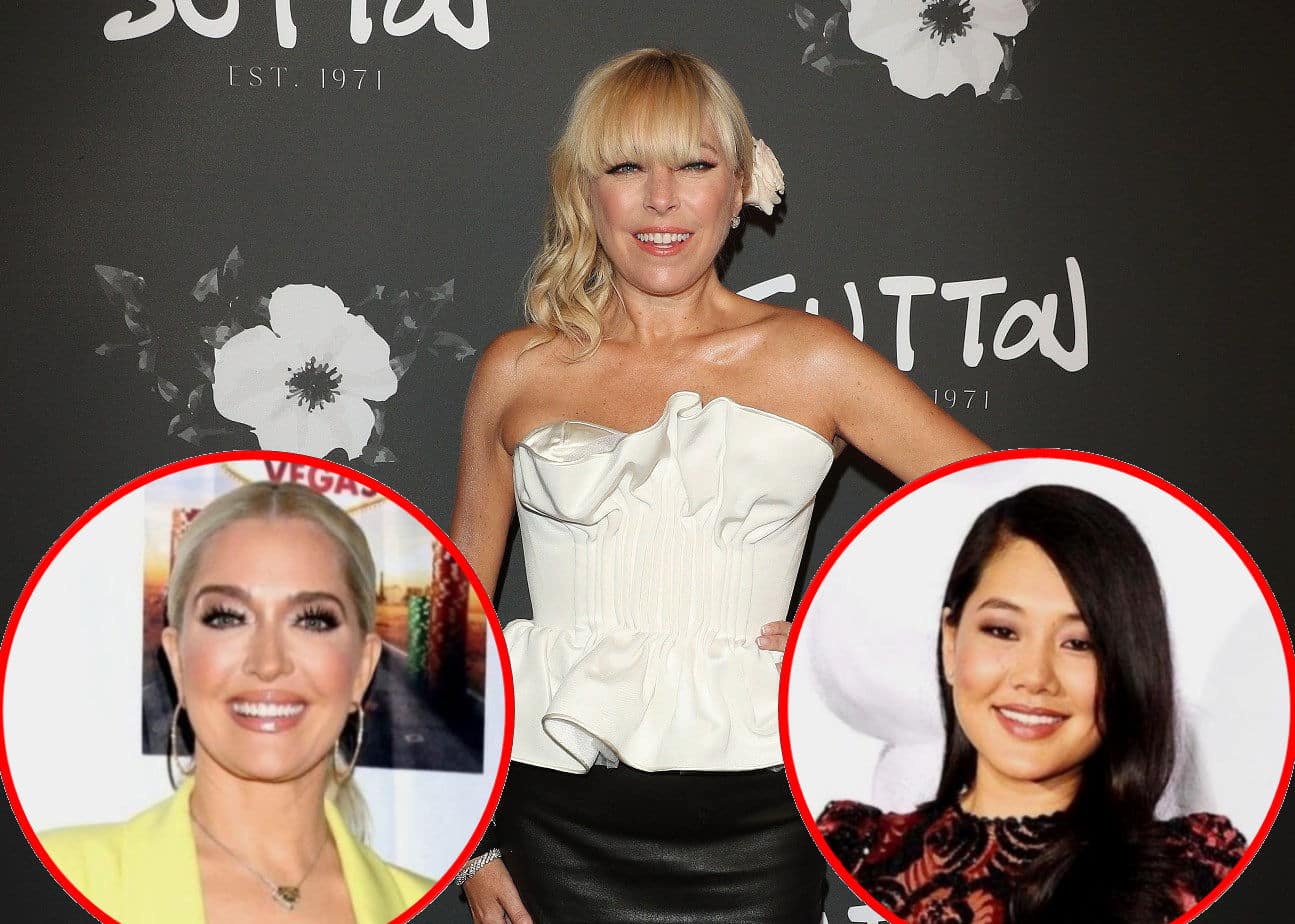 Sutton Stracke is sharing her feelings on the ongoing drama surrounding Erika Jayne and explaining what caused the shift in their friendship before revealing if she’s truly “jealous” of Crystal Kung Minkoff.

On the latest episode of Real Housewives of Beverly Hills, viewers watched as Sutton called a meeting with her castmates to discuss the incriminating information that was uncovered about Erika and her estranged husband, Thomas Girardi, in a Los Angeles Times article. At one point during the meeting, Sutton told the women, “I’m not sure I want to be around Erika during this time.” Though she admits her statement may have been a bit “harsh,” she explained what she was thinking at that moment.

“That looks harsh, doesn’t it?” Sutton asked during an interview with Entertainment Tonight on August 11. “Because I think we’re starting to hear more and more about this case, and I’m starting to get more and more uncomfortable, legally speaking. That was just my feeling.”

Prior to the article being released, Sutton and Erika were seemingly developing a genuine friendship, and the boutique owner even treated the former Broadway star to a spa day following her divorce announcement. However, once the article dropped, she just didn’t quite know if she could fully trust her co-star anymore.

“It takes me sometimes days, weeks before I can actually speak on something,” she explained. “But I’ve been thinking about the moment at Crystal’s house, after we made the dumplings. And I say to all the girls, ‘Trust is one of my biggest, it’s a big thing for me,’ and it’s something that I work on in all of my relationships. Relationships with men, with anybody, with girlfriends. And so I really was feeling like Erika and I were building trust in our relationship. And so, I think that’s what’s starting to tilt my head a little bit.”

As of now, after reading all of the reports about Erika’s potential involvement in Thomas’ alleged misdeeds, Sutton said she believes “some of” what Erika has shared with the women regarding her side of the story. But, still, the LA Times article continues to weigh heavy on Sutton’s mind, which she teased would cause a major rift in the coming episodes.

“I don’t read it once. I don’t read it twice. I read it three times,” she shared. “And I start to put things together, for me. … And I have a fresh perspective because I don’t know Erika as long as the other girls, and I think I have fresh eyes on it. And so I think it doesn’t go well.”

As fans well know from the previews, Sutton is referring to Erika snapping at her during a group dinner, telling her to “shut the f*ck up” before “promising” Sutton that she’ll come for her if she calls her a “liar” again. As uncomfortable as it may be for viewers to watch, Sutton asserts it was “worse in person.”

Sutton didn’t just have drama with Erika this season as she and Crystal butted heads for a while too. But the two have since called a “truce” after their “exhausting” fight, which included the mother-of-three calling Crystal’s leather pants “ugly” after the newcomer suggested she was “jealous” of her.

Though what Sutton was supposed to be jealous of still hasn’t been uncovered, she promises it has nothing to do with the fact that Crystal was signed on as a full-time housewife while she was initially supposed to be a “friend” until she was promoted after filming wrapped.

“That’s not how I felt. I didn’t care. I chose to come on. I didn’t have to come on as a ‘friend of,’ I wanted to, because it’s a fun experience — sometimes — and I really enjoy getting to know the women,” Sutton explained. “I wanted to get to know all of them more. I wasn’t jealous. I was happy for her. I don’t know who she is, when we started. So, of course, we all knew that there was going to be a new castmate on. I don’t have any ill will towards anyone like that. So it never occurred to me that someone would think I was jealous. So I don’t know where that came from. But I didn’t feel jealous because of that, at all.”