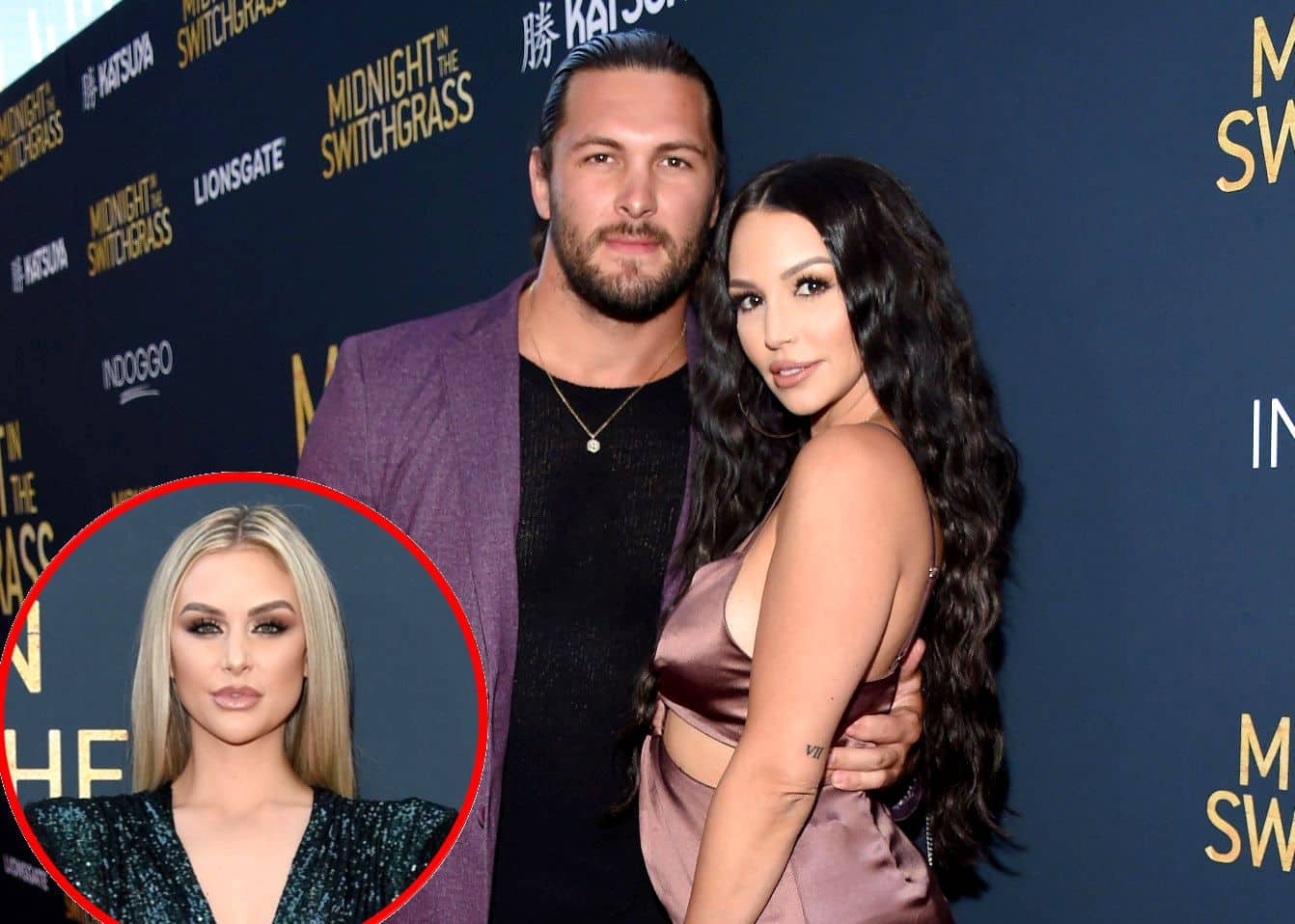 Scheana Shay‘s fiancé, Brock Davies, reportedly hasn’t seen his kids in years as a source claims Lala Kent‘s remark about the Vanderpump Rules newbie being an absent father was “taken out of context.”

Though viewers have only been introduced to Brock through Scheana’s social media so far, they will soon learn much more about the Australian native once the show’s ninth season premieres. Despite fans not having too much information about his life yet, Brock has already been placed in the hot seat due to Lala’s comment in the season nine trailer.

“Brock has two kids,” Lala tells Katie Maloney in the teaser that dropped on Thursday. “He hasn’t spoken to them in four years.”

As fans well know, Brock welcomed his third child, Summer Moon, with Scheana in April, and the two are now engaged following his proposal with a 12.74-carat pink morganite ring in July. Therefore, Lala seemingly dropped the bombshell revelation out of concern for her longtime co-star.

However, according to a source who spoke with Page Six on September 2, fans need to hold their judgment until they get the whole story because the COVID-19 pandemic has played a huge part in his relationship with his eldest children, Eli and Winter.

“It’s a complicated family matter,” the source told the outlet. “The pandemic hindered travel between the US and Australia, where the kids live.”

The insider added, “Fans will get a better picture of the full story — which is more than the teaser clip — when the show premieres.”

As it turns out, Brock has addressed his relationship with Eli and Winter before after a curious fan asked about the kids.

“I will continue to work towards building the relationship with them,” he explained to the fan, who shared the comment on Reddit in 2020. “The kids have a great mother and step dad but I promise you I am doing my part to be with them.”

Once Scheana saw the exchange, she chimed in, writing, “Honey you don’t have to explain yourself to strangers! Ever!!!”

It’s unclear if Scheana has plans to meet Brock’s eldest kids in the coming months or introduce them to their half-sister,  but as of May 2020, she explained the pandemic had restricted her from doing so when she spoke with Maria Menounos.

Nevertheless, it seems fans can expect a great deal of drama from Brock this season, which Lala teased in an interview last month.

“I think people will be surprised to see the drama and what a huge storyline Scheana’s fiancé Brock is,” she told  She Knows in August. “It used to be about sleeping with each other’s boyfriends or like, you said this and you did that, and it’s much deeper than that.”