PHOTOS: Vanderpump Rules’ Scheana Shay is Engaged to Brock Davies, See Pics of Her Massive Diamond Ring as She Celebrates With Castmates 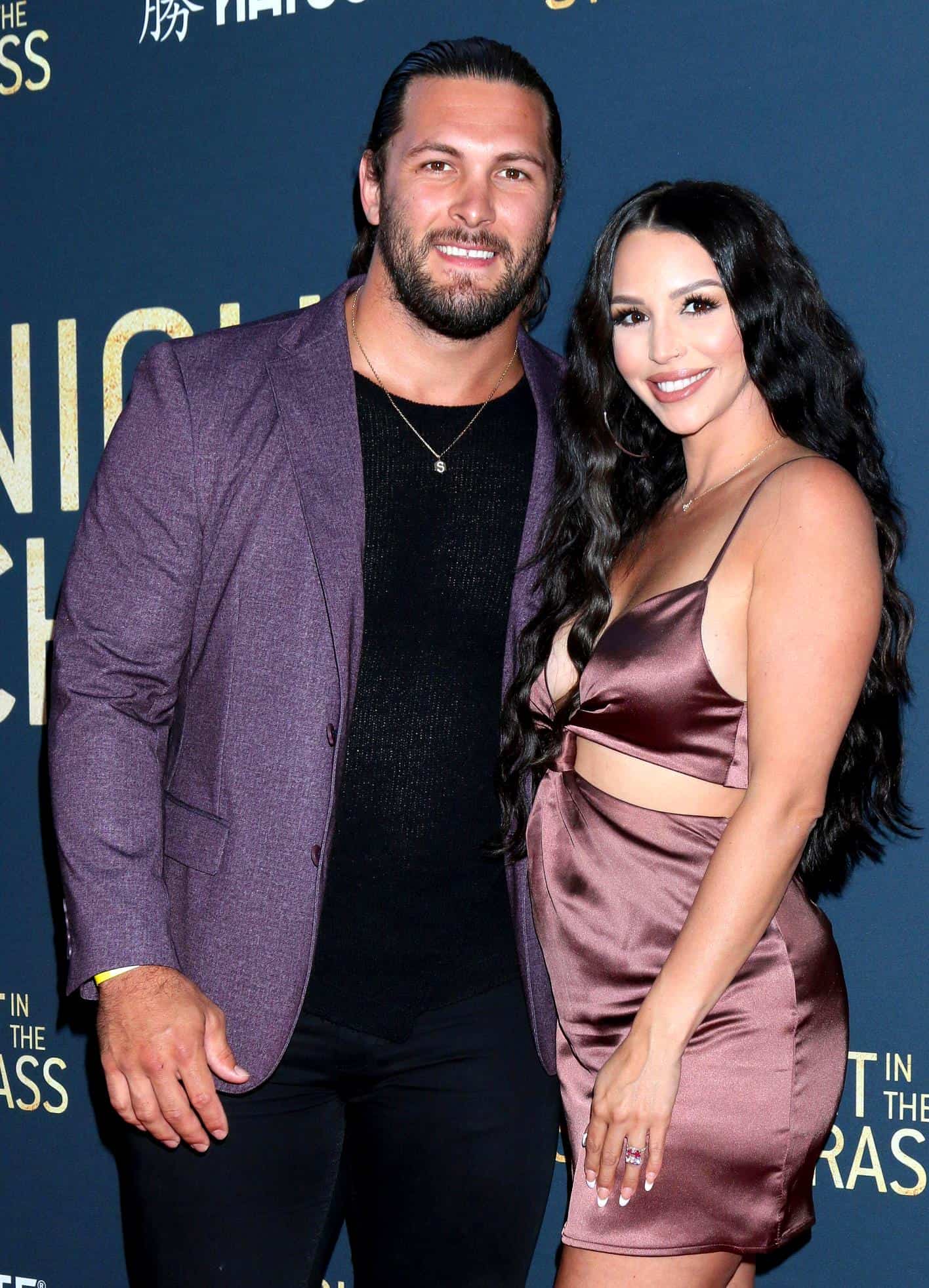 Scheana Shay and Brock Davies are getting married!

Hours after photos surfaced of the Vanderpump Rules cast member wearing a massive diamond ring while out in Los Angeles, multiple sources have confirmed that congratulations are in order after Brock popped the question with a piece designed by Kyle Chan.

E! News was the first to share the exciting news of Scheana and Brock’s engagement.

Earlier in the day, Page Six posted photos of Scheana, who began dating Brock in late 2019, flaunting a new ring as she prepared to reunite with her Pump Rules castmates for a celebratory dinner.

As E! News revealed, Scheana, 36, and Brock, 31, were seen “celebrating love” at Craig’s restaurant in West Hollywood with her longtime friend Ariana Madix, as well as James Kennedy and Raquel Leviss, who got engaged in May.

“Brock and Ariana kept grabbing Scheana’s arms and looking super happy and excited for her… Scheana looked really happy and her and Brock look really in love. They were cuddling at the table and laughing the entire night,” an insider shared.

After tragically suffering a miscarriage in June 2020, Scheana gave birth to her daughter, Summer Moon Honey Davies, in April 2021.

Following the child’s birth, Brock gushed over his now-fiancée, who experienced complications that led to an extended stay in the hospital.

“Yesterday I watched [Scheana] birth our beautiful baby girl with sooo much love. Baby girl passed her final tests today as we watched over mamma bear here in the High-Risk unit,” he wrote on Instagram at the time. “[Scheana] was diagnosed with HELLP syndrome, a rare expansion of preeclampsia. Baby mamma is doing great, baby and daddy are holding down the room for mamma…… Thank you everyone who reached out and the amazing staff.”

Weeks later, while celebrating Father’s Day, Scheana applauded her partner for being “the most amazing, hands on and loving father I could ever ask for for our daughter.”

“From day one [Summer Moon] has felt love and comfort from you. You can clearly see where her happy place is (and it’s mine too) Happy Father’s Day honey!!!”

Scheana and Brock have not yet addressed their engagement publicly.

Vanderpump Rules will return to Bravo for season nine this fall.