VIDEO: Katie Maloney Suggests Tom Schwartz Get His “Sperm Tested” After Failed Attempt at a Quarantine Baby in Vanderpump Rules Season Nine Sneak Peek, When Will the New Episodes Premiere? 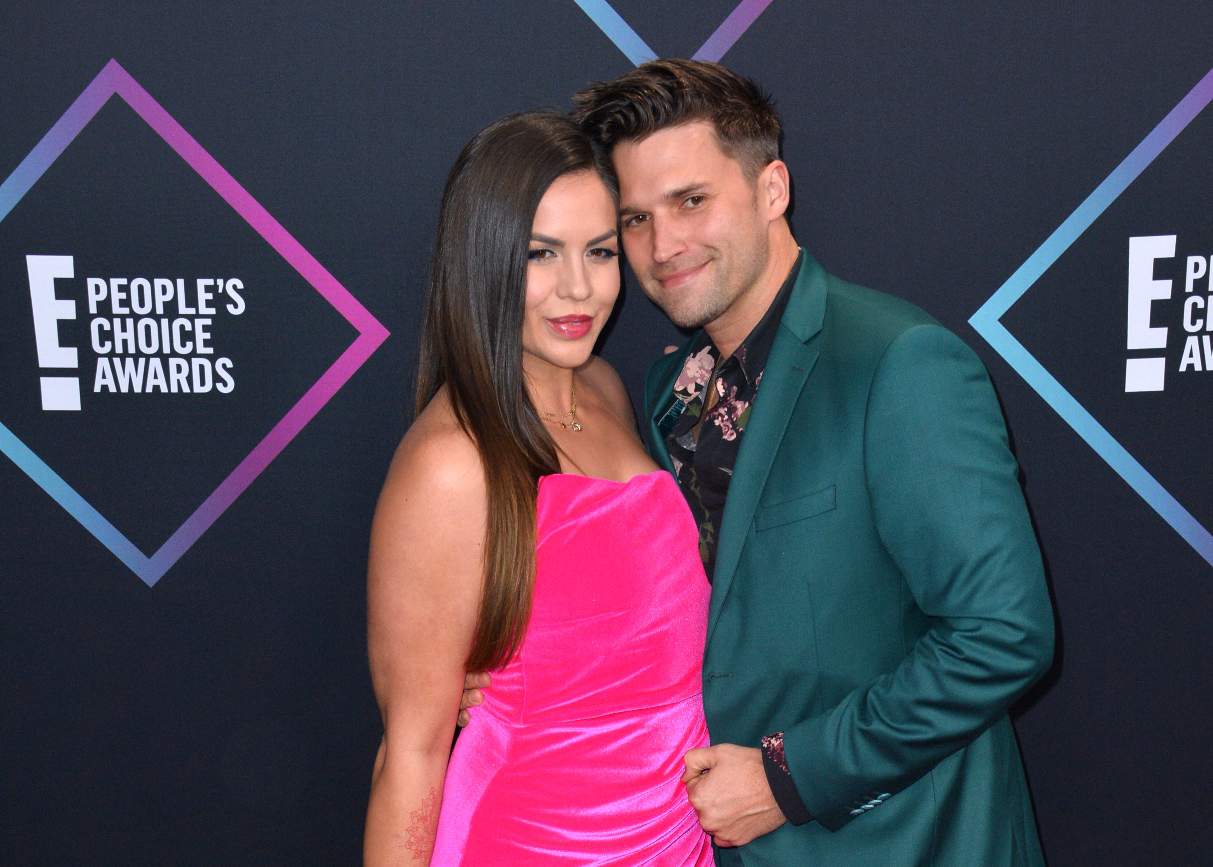 Katie Maloney and Tom Schwartz will be seen opening up about their struggles to conceive during the upcoming ninth season of Vanderpump Rules.

After spending 2020 without a “goalie,” as Katie put it, and failing to conceive a quarantine baby, Katie and Tom sat down with Lala Kent and Randall Emmett at their Bel Air home to discuss their efforts to start a family.

“Let’s just ask a question. Are you even trying? Cause I don’t even know,” Randall admits in a sneak peek at the new episodes.

“I thought when we pulled the goalie, it would like happen right away,” Katie replies, suggesting to Tom that she should go “get [his] sperm tested.”

But Tom, who wed Katie in August 2016 (and again in July 2019), believes he’s been doing his best to be as fertile as his body allows.

“I’ve been laying off the hot tub,” he explains.

Then,  Lala asks, “Do you sleep without pants on?” Tom then explains that he’s unable to do so due to a bizarre phobia.

“Not naked. I feel vulnerable. I have like an irrational fear like an owl is gonna come through the wall,” he reveals to his baffled Pump Rules castmates.

Also in the sneak peek, Lala, who was 37-weeks pregnant at the time and quite “proud” of her body, shares that when it comes to her fiancé, “Randall is a free-baller.”

As Pump Rules fans have surely heard, Lala and Randall welcomed their first child, a baby girl named Ocean Kent Emmett, three weeks before her due date in March.

The child was the third for Randall, who shares two older daughters, London and Rylee, with ex-wife Ambyr Childers.