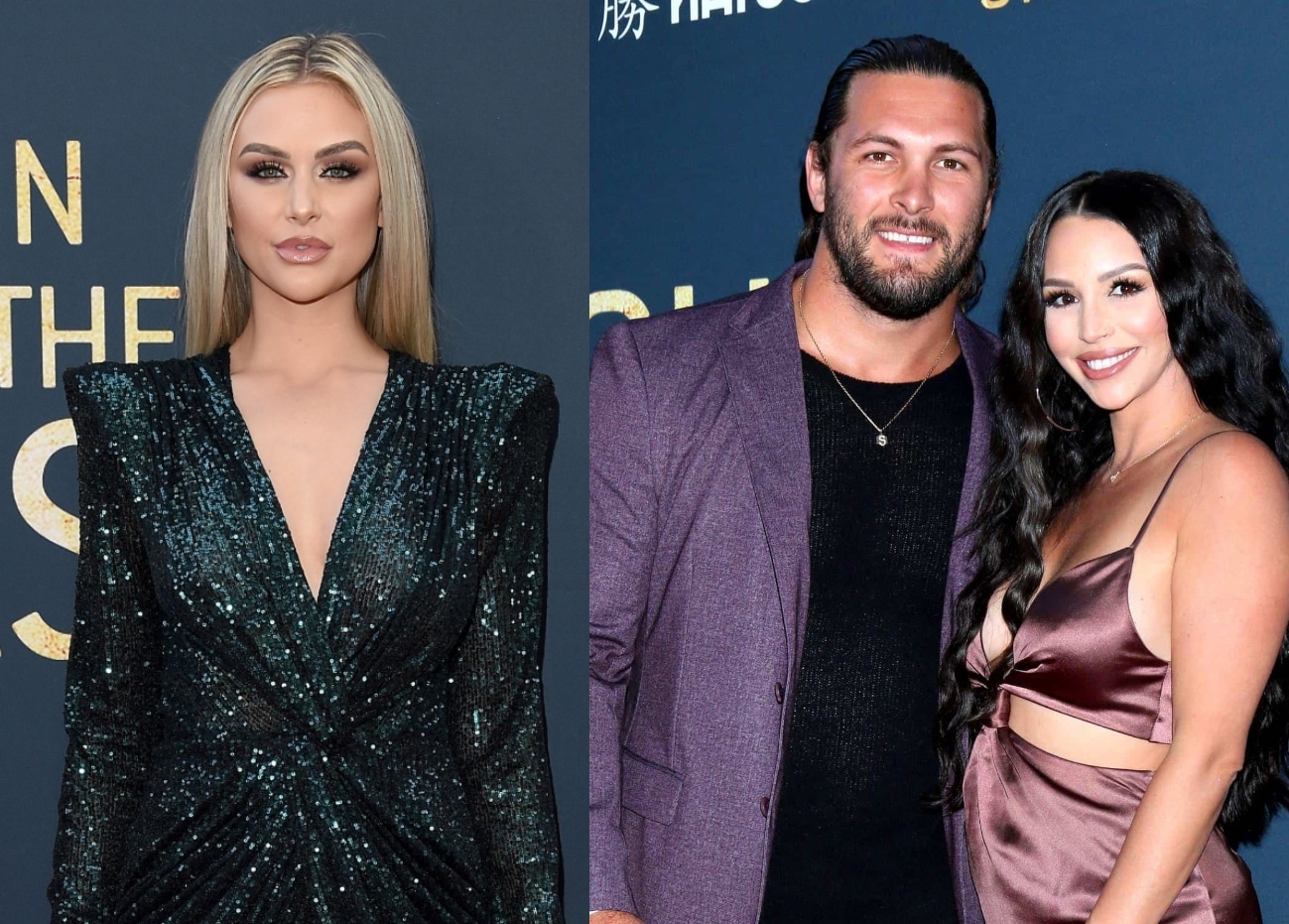 Lala Kent is dishing on the relationship drama viewers can expect on the upcoming ninth season of Vanderpump Rules.

Though many of the couples on the show are finally growing up and maintaining stable relationships, it seems there will still be plenty of drama between one couple in particular. According to Lala, Scheana Shay and her fiancé, Brock Davies, will be a major part in the upcoming season.

“I think people will be surprised to see the drama and what a huge storyline Scheana’s fiancé Brock is,” she said in an interview with She Knows last week. “It used to be about sleeping with each other’s boyfriends or like, you said this and you did that, and it’s much deeper than that.”

As fans well know, Scheana and Brock confirmed their engagement last month after Brock presented the “Good As Gold” singer with a 12.74 carat pink morganite ring. The couple, who welcomed their daughter Summer Moon in April, looked over the moon in love in the proposal photo Brock shared with his Instagram followers.

“I need you…” Brock captioned the sweet photo, to which Scheana commented, “I love you honey!”

It’s unclear what type of drama the couple will be involved in throughout season nine, but Lisa Vanderpump also recently teased that fans can expect to see the duo face hardships.

“Is Brock The One? Only Scheana will find out that, but it definitely got a little complicated there,” she told Us Weekly on August 19. “And a few people had a lot of opinions, and they weren’t afraid to verbalize them. … He is very much loved, but it wasn’t a smooth journey.”

“I think Brock brings definitely, you know, some surprises,” Lisa added.” And that whole relationship is a little, eye-opening.”

Meanwhile, hopefully Scheana will have a little reprieve from the drama since she and Lala are back on good terms following their falling out last year. Lala, who welcomed baby Ocean with fiancé Randall Emmett in March, told the outlet that she and Scheana were able to bond over being new mommies.

“Even though there was so much tension, [Scheana and I] were able to put that aside and really bond over just being moms and I commend us for that,” she explained.

As for whether viewers will see cracks in Lala and Randall’s relationship, that’s a definite no according to the Hard Kill actress.

“Randall is my lover, the father of my child, my best friend, we have little side hustles together, he’s everything in one,” Kent shared with Randall by her side. “It’s so funny because we change hats so much — it’s like, okay parent hat, okay intimate sexy time hat, okay I’m coming for you because we’re in business mode. It’s a lot, but it works for us. We have the best time. I’m so ride or die for my baby. I love you Rand.”

Vanderpump Rules season nine is expected to premiere on Bravo sometime this fall.