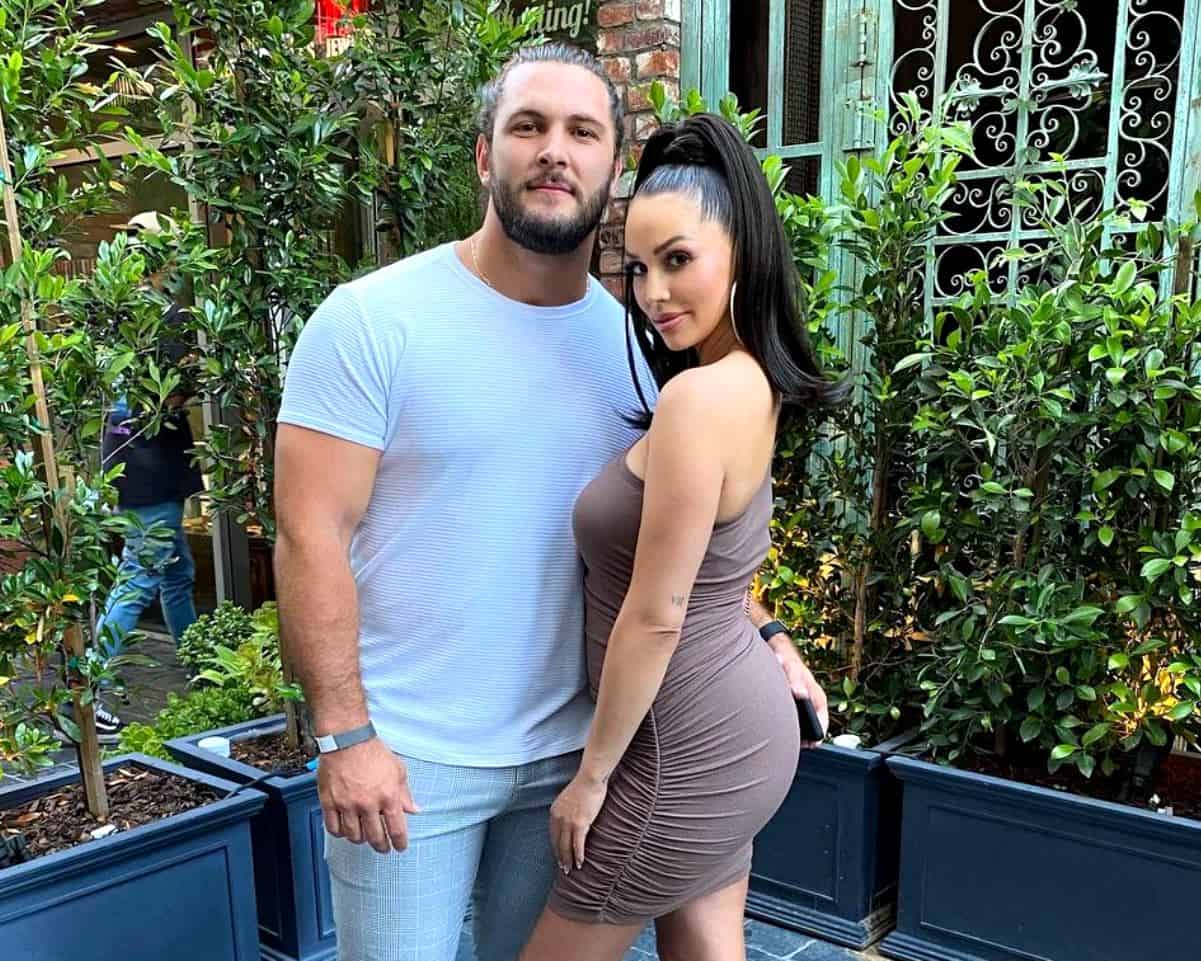 It’s official! Following reports of an engagement between Scheana Shay and Brock Davies, the Vanderpump Rules cast member and her new fiancé have taken to their Instagram pages to confirm the news.

On Friday morning, Scheana and Brock, who she began dating in late 2019 and welcomed daughter Summer Moon Honey Davies with in April 2021, posted images from his proposal.

“I SAID YES!!!!! We are engaged!!!” Scheana wrote in the caption of a July 23 photo of their special moment. “Thank you to [Brock Davies] for making me the happiest girl in the world and to [Kyle Chan] for making me the most gorgeous ring ever!!”

Also in her caption, Scheana encouraged her fans and followers to tune in to the latest episode of her Scheananigans podcast, where she will be sharing the story of her engagement. She added that she’d be giving fans a closer look at her engagement ring in a video podcast shared on her Patreon account.

Brock shared a photo from his proposal on his page as well. He included a short caption that read, “I need you….”

As she confirmed her engagement on Instagram, Scheana opened up about Brock’s proposal to PEOPLE.

“I knew it was coming soon, but I didn’t know how or when. I was so surprised!” she admitted.

According to Scheana, Brock surprised her with a love letter before getting down on one knee at their home.

“We sit down at my kitchen island, and he gives me this beautifully printed, typed-out letter,” Scheana recalled. “I’m not even three words in and I’m bawling. It was like our whole love story… And then all of a sudden like a f-cking wizard magician, he bends down and pulls out this huge bouquet of flowers.”

From there, Brock led Scheana out to their balcony where he proposed beneath a balloon arch that read, “Marry Me,” and he presented Scheana with a 12.74-carat rectangular cushion-cut pink morganite ring with 12 diamonds set on its 14-karat white gold band.

While Scheana confirmed she and Brock have not yet set a date for their big day, she said she hopes to say, “I do,” in Bali.

“That’s where we first said ‘I love you.’ It’s a special place for us both!” she explained.

This will be Scheana’s second marriage, having split from Mike Shay after about three years in late 2016. And, this time around, she’s made plans to keep her finances protected.

“As I think we are going to live happily ever after, I wanted to be smart about it,” she said.