Kyle Richards Calls Garcelle’s Comment a “Cheap Shot” as Garcelle Explains Why She Brought Up Old Charity Drama, Plus Garcelle Reacts to Fan Who Wonders Why Erika Wasn’t Called a “Bully” 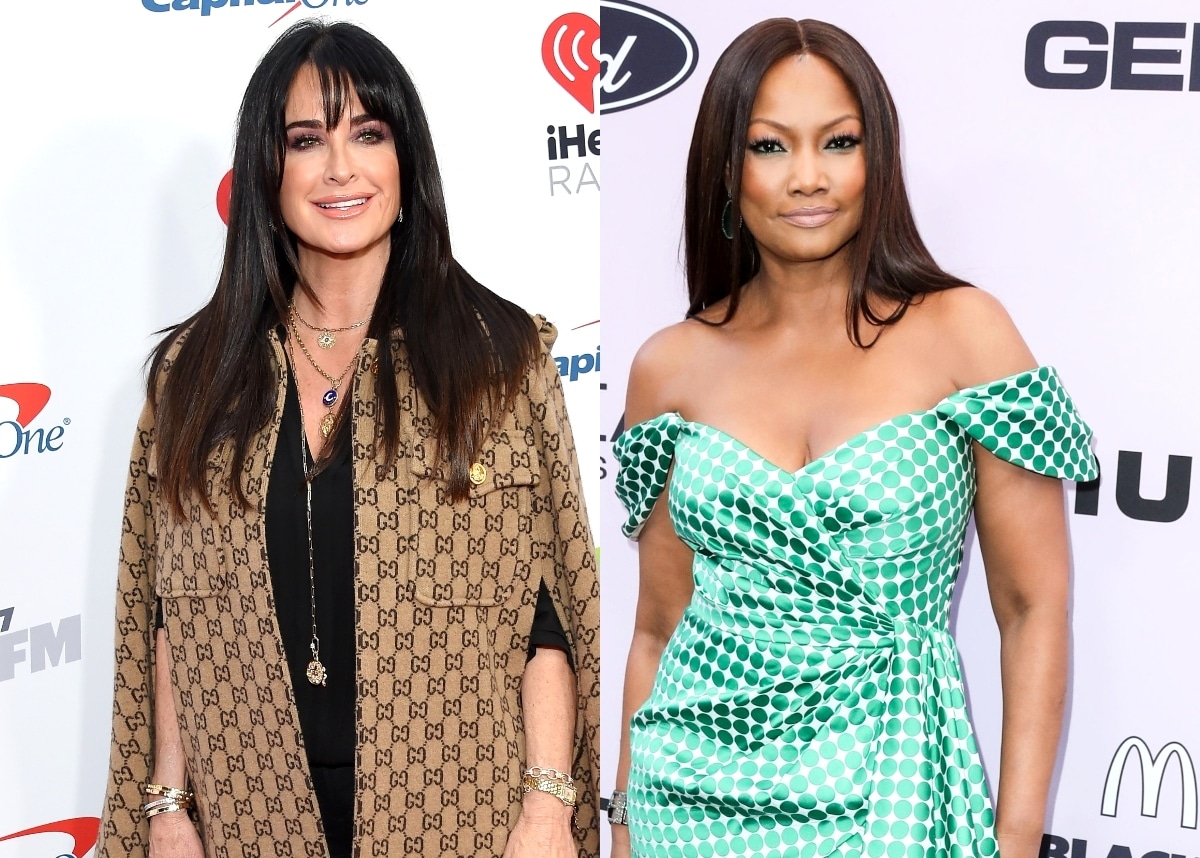 Garcelle Beauvais is explaining why she brought up her old beef with Kyle Richards, which Kyle calls a “cheat shot,” as Garcelle also reacts to a fan who wonders why she’s the only cast member who’s been called a “bully.”

After Kyle told her Real Housewives of Beverly Hills co-stars that she’d prefer them to say anything negative about her directly to her face, the remark “triggered” Garcelle due to her drama with Kyle last season.  As fans well know, Kyle waited until the reunion to accuse The Real co-host of not paying up the $5,000 she pledged to Children’s Hospital of Los Angeles at her charity event. And though the pair worked out their differences earlier this season, Garcelle said Kyle’s comment simply hit a nerve at the time.

“I don’t know,” she said on the Real Housewives of Beverly Hills: After Show after a producer asked why she felt “triggered” by Kyle’s comment. “I don’t know. I think I just felt it in the moment, you know?”

As for Kyle, who believed she and Garcelle had completely moved past the misunderstanding, she believes her co-star’s reaction was a bit of a low blow.

“That was sort of a cheap shot because at our lunch, I really wanted to get past that and move on,” she shared. “She had no issues at all ever since we had that conversation at lunch, so that comment was a little bit like, ‘Wait, what?'”

She added, “Obviously, I didn’t wait until the reunion. There had been multiple attempts via cell and email to reach her, so that’s not my job. And then those people would come to me, and I would say, I don’t know what else to do.”

Kyle went on to note that she was forced to wait until the reunion to discuss the situation with Garcelle because the actress wasn’t speaking to her prior to the taping.

“She wasn’t speaking to me, and we were not on good terms,” she claimed. “I’m very honest to people’s faces, I’m honest behind their backs. I’ve been accused of a lot of things over these years, but not being honest is not one of them.”

Meanwhile, following the dramatic confrontation between Erika Jayne and Sutton Stracke on the September 8 episode, one fan wondered why Erika wasn’t called out for her nasty behavior toward Sutton, which included the singer threatening to sue her co-star. If fans recall, Dorit Kemsley referred to Garcelle as a “bully” for simply taking a few shady jabs, but nobody really said much to Erika following her seemingly frightening behavior.

The fan account posted a series of screenshots of Erika’s threatening demeanor toward Sutton, writing, “And not once was she called a bully by anyone.”

Garcelle clearly appreciated the sentiment and seemingly agreed with the fan as she retweeted the post, adding, “Thank you!!” 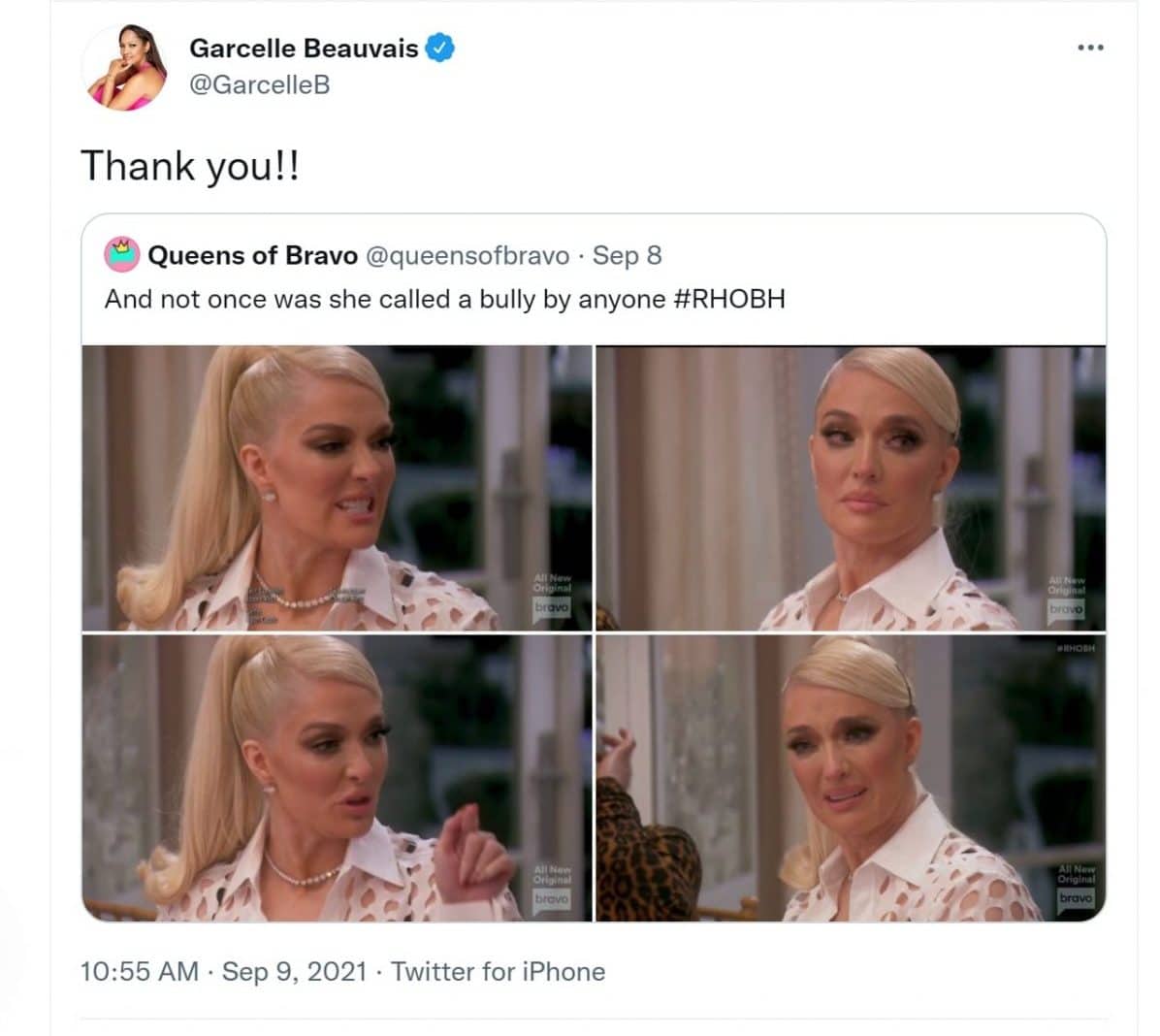