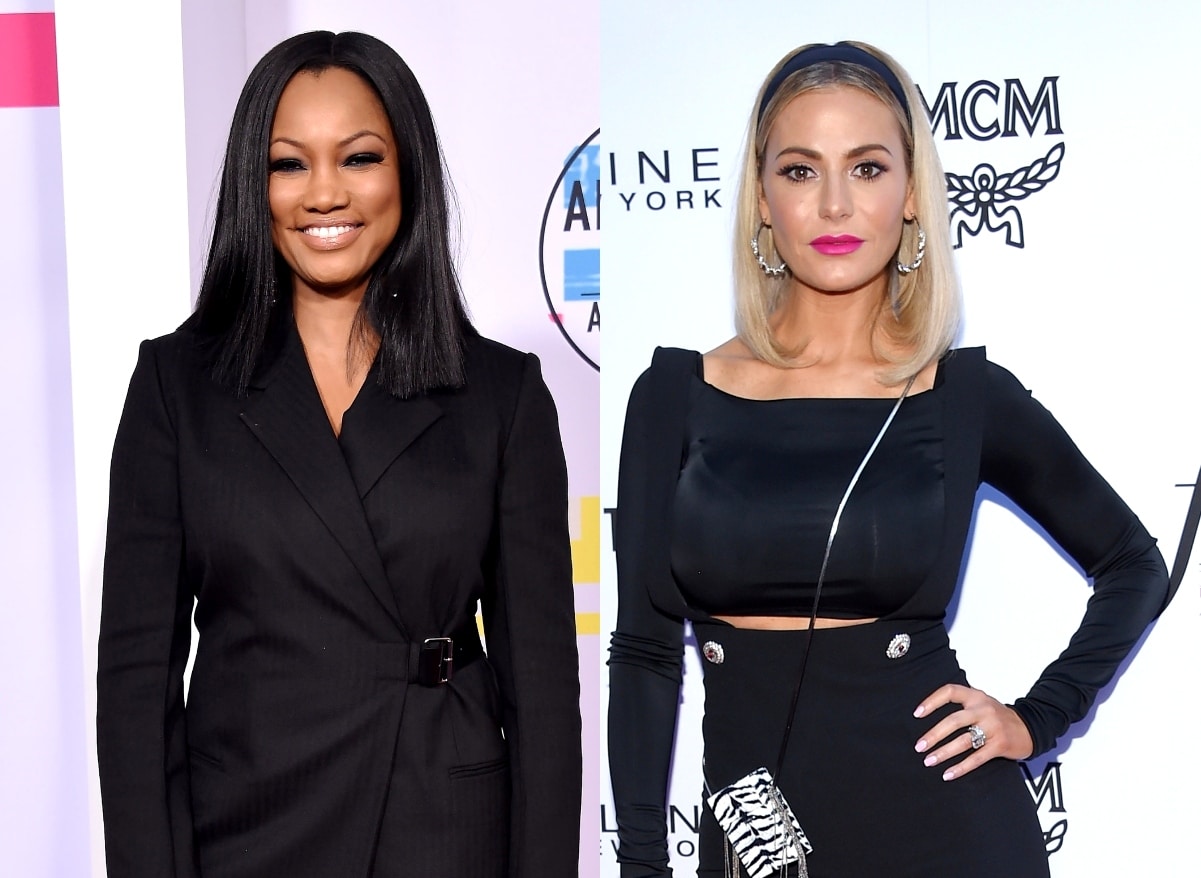 Garcelle Beauvais is reflecting on her recent drama with Dorit Kemsley.

After Real Housewives of Beverly Hills viewers watched as the two women went to bat at the launch of Lisa Rinna‘s beauty line during last week’s episode, Garcelle admitted to being “uncomfortable” as Dorit took further aim at her co-star’s many jabs and again accused Garcelle of exhibiting “inauthentic” behavior.

“I mean listen, nobody wants to be in an uncomfortable situation, right? And sometimes it’s best to leave when you’re heated and you want to collect yourself and then there’s other times where you need to stay and also face it, too,” Garcelle said on the August 25 episode of the RHOBH: After Show after being asked why she got up to leave amid her dispute with Dorit.

Although Garcelle ultimately agreed to stick around if Dorit played fair, Kathy Hilton said that, at times, it is best to air out one’s anger if an argument becomes too heated.

“I think it’s best to try and work it out but if it’s not possible and you’re feeling that, ‘Okay, right now we need to take a little time out,’ I think if that is said and you talk and you say, ‘You know what? Right now, I think we need a little break,’ you’re in charge when you say something like that and you don’t walk back in with your tail between your legs,” Kathy explained.

During another segment of the RHOBH: After Show, Dorit said that when it came to her relationship with Garcelle at the start of the season, she believed they were actual friends.

“We had this friendship, from what I believed,” Dorit admitted. “These jabs she kept making at me, there was something behind it and she just wasn’t being upfront, honest, open, she was doing it in a very passive-aggressive manner.”

According to Dorit, she felt the need to confront Garcelle at Lisa’s party because she simply didn’t want to sit through another group event feeling that Garcelle had something against her. Meanwhile, Garcelle explained that she continued to go after Dorit because she was sick of her going “on and on and on and on” about the topics at hand.

“Let other people talk!” Garcelle advised. “I don’t think I’m the only person that’s ever said that to her. I mean, even her and Kyle have that conversation. It’s nothing new. And it’s interesting because I was actually saying then while I was next to her so it wasn’t like I was talking behind her back.”

While Garcelle pointed out that she was forthcoming with her feelings toward Dorit and her behavior, Dorit didn’t believe that her alleged hijacking of conversations was the “real reason” for Garcelle’s issues with her.

“If you feel something, come out with it. That is being authentic and I think if you’re not doing it, there’s a touch of inauthentic behavior,” Dorit admitted.