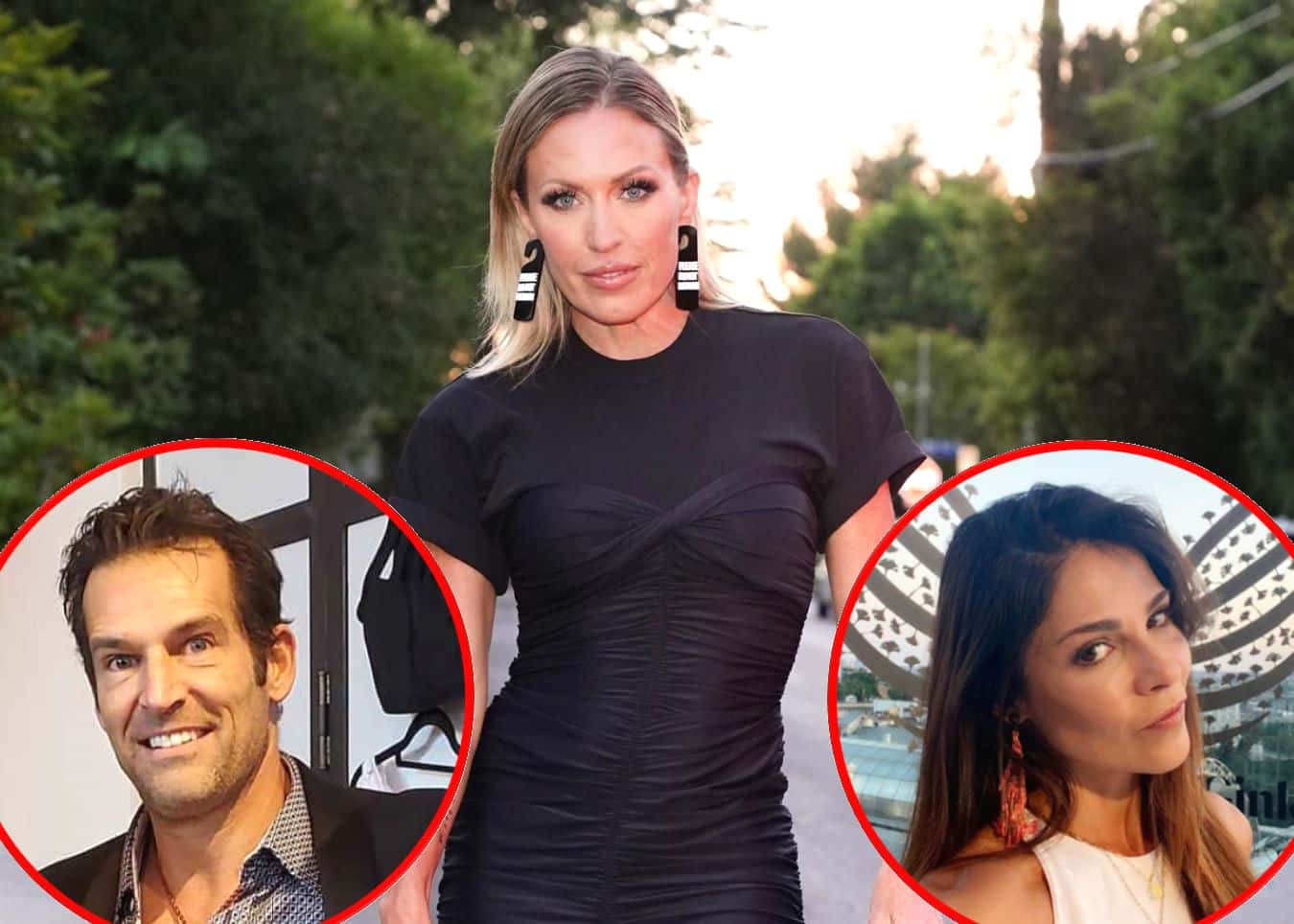 Braunwyn Windham-Burke is a single woman once again as the former Real Housewives of Orange County star reveals she’s split from girlfriend Fernanda Rocha before offering an update on her relationship with Sean Burke and discussing her upcoming move.

After four months of dating, it seems Braunwyn and Fernanda’s long-distance romance has come to an end.

“Fernanda and I, we’re in a transitional period,” she told Us Weekly over the weekend. “I mean, I’ve been gone for three months so while we still stay in contact, we haven’t seen each other in a long time. So I fly back home and we’re going to a party together. It’ll be the first time I see her, but we are definitely open to other things in our life.”

Braunwyn and Fernanda began hanging out in February, and they claimed that they waited until Fernanda filed for divorce before they took their relationship to the next level.

“I’m glad I met her,” she told E! News in June shortly after her RHOC firing. “I will say this: There have been some rumors about when we went from being friends to a little bit more than friends. It was after she got divorced so there’s nothing salacious like that happening.”

Though the mother-of-seven is now “single,” she’s still technically married to Sean, but the pair announced their “trial separation” back in July. At the time, the former reality star also explained she was moving to Hawaii with their seven children while Sean stayed behind in Orange County. As for how the former couple is getting along now that they’re no longer living under one roof, Braunwyn said they’re still very close before revealing if they’ve discussed filing for divorce.

“It’s great,” she declared. “I mean, we really are nailing the co-parenting thing. We are best friends. We’ve been together for 26 years. He understands that, like, this has been a dream of mine forever, so he’s supportive!”

Though things appear to be going well in Braunwyn’s life at the moment, she’s apparently looking for a big change, telling E! News that she’s moving to the Big Apple.

“For me, it’s becoming a New Yorker,” she told the outlet while attending New York Fashion Week on September 10. “I’m not just here for the week, I’m making a move. I’m going to be doing a dual situation.”

“I went to Hawaii to find some clarity and there’s been some pretty amazing opportunities that have come to fruition in New York and it’s just the right time,” she continued. “I’m so excited. One of my best friends, her name is Amy Schechter, she works with [Million Dollar Listing: New York star] Ryan Serhant, so we’re spending this week doing some of the shows but we’re also going to find an apartment.”

According to Braunwyn, Sean supports her decision to move to the East Coast and will be visiting often.

And when asked about her thoughts on the upcoming season of RHOC, Braunwyn simply name-dropped her former friend, Noella Bergener, and defended her ex-pal’s estranged husband, James Bergener, who has been accused of owing $5.8 million in back taxes.

“Well, my best friend was cast, Noella Bergener,” she said. “Unfortunately we haven’t spoken since. Her husband James is an amazing guy. He’s a very hard worker. This is something this was like a bad business thing that’s happened and he’s been taking care of it. This isn’t new.”