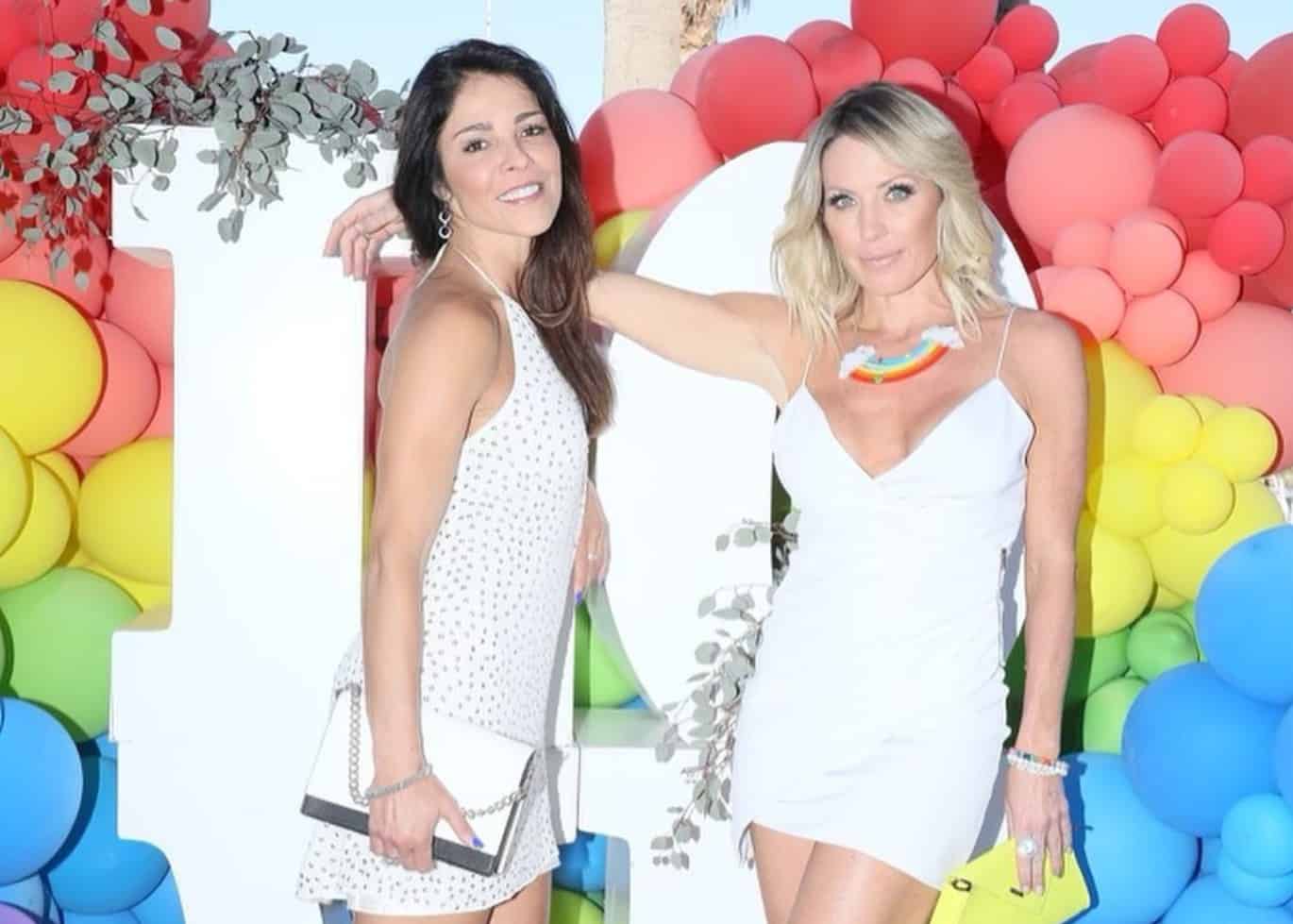 Braunwyn Windham-Burke is denying reports blaming her for the end of Fernanda Rocha‘s marriage to wife Tessa Rocha.

Following reports suggesting Braunwyn’s romance with Fernanda, who appeared on the sixth season of The Real Housewives of Orange County, overlapped with Fernanda’s marriage to Tessa, the mother-of-seven is confirming their new relationship and sharing details of when it began.

“We have been hanging out,” Braunwyn confirmed to E! News on June 21. “We are close and she’s been an amazing support to me. I’m glad I met her. I will say this: There have been some rumors about when we went from being friends to a little bit more than friends. It was after she got divorced so there’s nothing salacious like that happening. We’ve been hanging out for a while. We didn’t become more than friends until recently. She’s definitely special.”

In December of last year, after confirming she is a lesbian, Braunwyn went public with her girlfriend Kris, but they ultimately split in April 2021. And, that same month, rumors began swirling in regard to Braunwyn’s possible romance with Fernanda.

“She is a very steady, very spiritual, very level-headed force,” Braunwyn said of Fernanda, adding that her girlfriend is “caring and nurturing.”

“I have a tendency to spiral into over-the-top emotions as anyone in a reality show should, and she brings me back down to center,” Braunwyn continued. “She’s really brought out a softer side of me. I’ve been in the same relationship for most of my life so she’s taught me about compromise and meeting someone in the middle. I haven’t really dated much because I’ve been with [husband Sean Burke] since I was 18. But she’s just been patient and understanding and we’re having a great time.”

As for her recent firing from RHOC, Braunwyn said she’s still “confused.”

“I would have loved to showcase a healthy, lesbian relationship. I think it’s way past time,” she noted.

Also during the interview, Braunwyn said she’d “love” for Sean to find someone new.

“What I have with Fernanda is what I want him to have with someone else,” she explained.

While Braunwyn and Sean no longer have an intimate relationship with one another, they have no plans to divorce at the moment.

“There’s no reason to. We’re not fighting. We’re getting along…We have been together 26 years so we’re not in any rush to get divorced,” she said. “Eventually, maybe one of us will want to get remarried and of course that would happen. For me, this is the reality version of modern family. We are creating something that we haven’t seen. You can be married outside the box and have it work as long as you’re happy.”