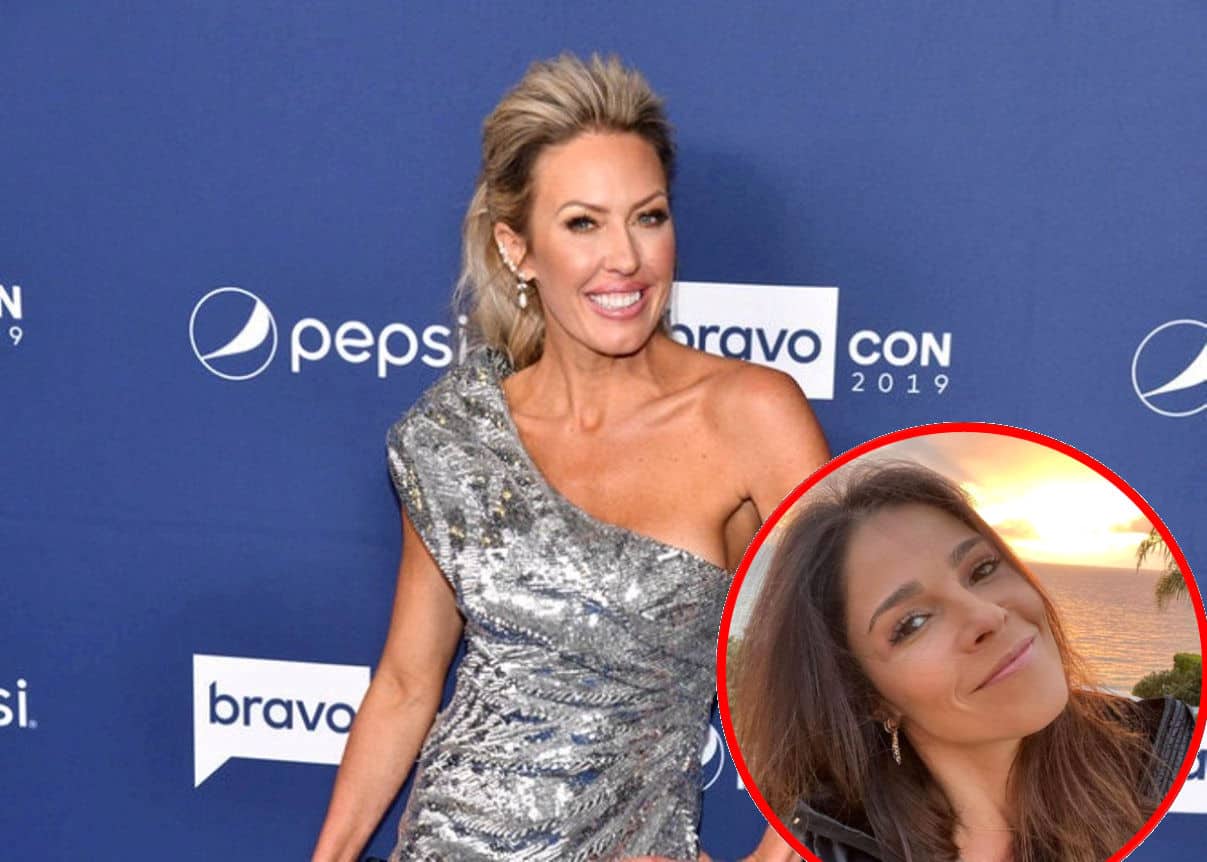 Braunwyn Windham-Burke is seemingly unbothered by her recent split from former girlfriend Kris.

The Real Housewives of Orange County star was spotted soaking up the sun with a group of girlfriends over the weekend in Miami. She appeared to be living her best life despite her recent breakup earlier this month. The group was reportedly there to celebrate a birthday, and Braunwyn’s rumored new girlfriend, Fernanda Rocha, was also present.

If fans recall, Fernanda appeared on season six of RHOC as a friend of Tamra Judge, and she also identifies as a lesbian.

“Braunwyn is becoming so much more comfortable in her skin as a gay woman and is embracing her journey as a member of the LGBTQ+ community,” an insider told Page Six while discussing the girls’ beach trip.

Though the reality star and Fernanda appear rather close in photos captured from the trip, a source said the women are not in an exclusive relationship.

Rumors began to swirl about the potential couple when Tamra shared several photos with the pair via Instagram earlier this month. Tamra later addressed the speculation when she appeared on Jeff Lewis Live and hinted that Braunwyn had been spending “a lot” of time with Fernanda.

Of course, Braunwyn is still married to her husband of more than 20 years, Sean Burke, who did not travel to Miami with his wife. The two have spoken candidly about their “modern marriage” in the past year. The couple is also currently looking for a new home together with the help of Selling Sunset star Mary Fitzgerald.

Just last week, Braunwyn offered an update on her marriage and admitted that she and Sean “don’t know” the status of their relationship, but they’re taking things “day-by-day.”

She added, “I can tell you how I am today, but yesterday was very different. Yesterday was a very hard day in our house for us. Today’s a little bit better; we went on a trip and that was great. So we are navigating something in real time, and we’re not making any big decisions. ”

The Real Housewives of Orange County is currently on hiatus, and there’s been no word yet on when filming for season 16 will begin.