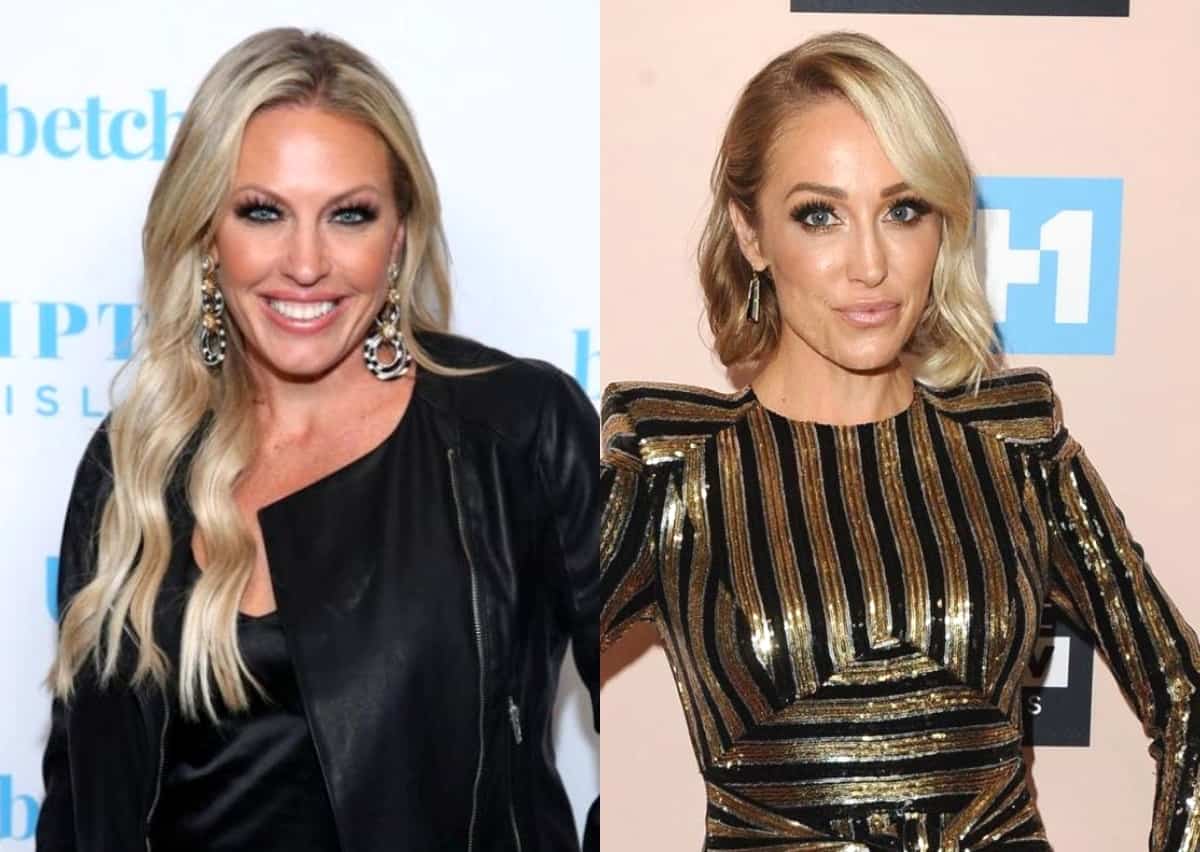 Real Housewives of Orange County star Braunwyn Windham-Burke appears to be in the market for a new home.

Braunwyn was recently spotted with Selling Sunset star and high-end realtor Mary Fitzgerald, and Mary later confirmed that Braunwyn is indeed her client.

The ladies were seen chatting outside of Oppenheim Group’s new Orange County office in February, and they apparently really hit it off.

“It’s funny, I don’t watch the Housewives so I didn’t really know who she was when I started working with her and then funny enough, she said the same thing,” Mary told Page Six. “She’s like, ‘I know who you are, but I don’t know much about you’ because she doesn’t watch reality TV either!”

As RHOC fans likely know, Braunwyn, her husband Sean Burke, and their seven children were living in a rental home as they filmed season 15, which was a topic of conversation on the show.

“I was in my old home and we found out we weren’t allowed to film there anymore because you have to get permits and permission and all this stuff to film at our home and I couldn’t,” she said via Instagram Live in November 2020 as she explained why they chose to rent. “So, we didn’t have long. We had a few weeks and this house was available and we were like, ‘Okay, we’ll take it,’ because you can’t be on the show if you don’t have a house.”

It’s unclear if Braunwyn is looking to move out of the massive rental home altogether or if she’s just looking for a love shack she can share with her girlfriend, Kris, from time to time.

The star is still currently married to Sean, but he has also started dating other people, so it’s fair to say that both might need a little extra privacy as they navigate their “modern marriage.”

Mary wouldn’t say exactly what type of home Braunwyn is looking for, but she did drop a couple of hints suggesting viewers might get to see the Bravo star on season four of Selling Sunset.

“I’ve got a couple of my clients that are buyers and they’re at a really high price point, so I’m hoping that that all comes to fruition by the time we start filming so you guys can follow along,” she teased.

Braunwyn has yet to confirm whether she’ll return for season 16 of The Real Housewives of Orange County, and Andy Cohen recently claimed that he and producers are “taking their time” with any casting decisions.