Home Real Housewives of Orange County News Is Braunwyn Windham-Burke Getting Axed From RHOC? Find Out Which Four Cast Members Will Reportedly Be Back Plus Tamra and Vicki’s Status 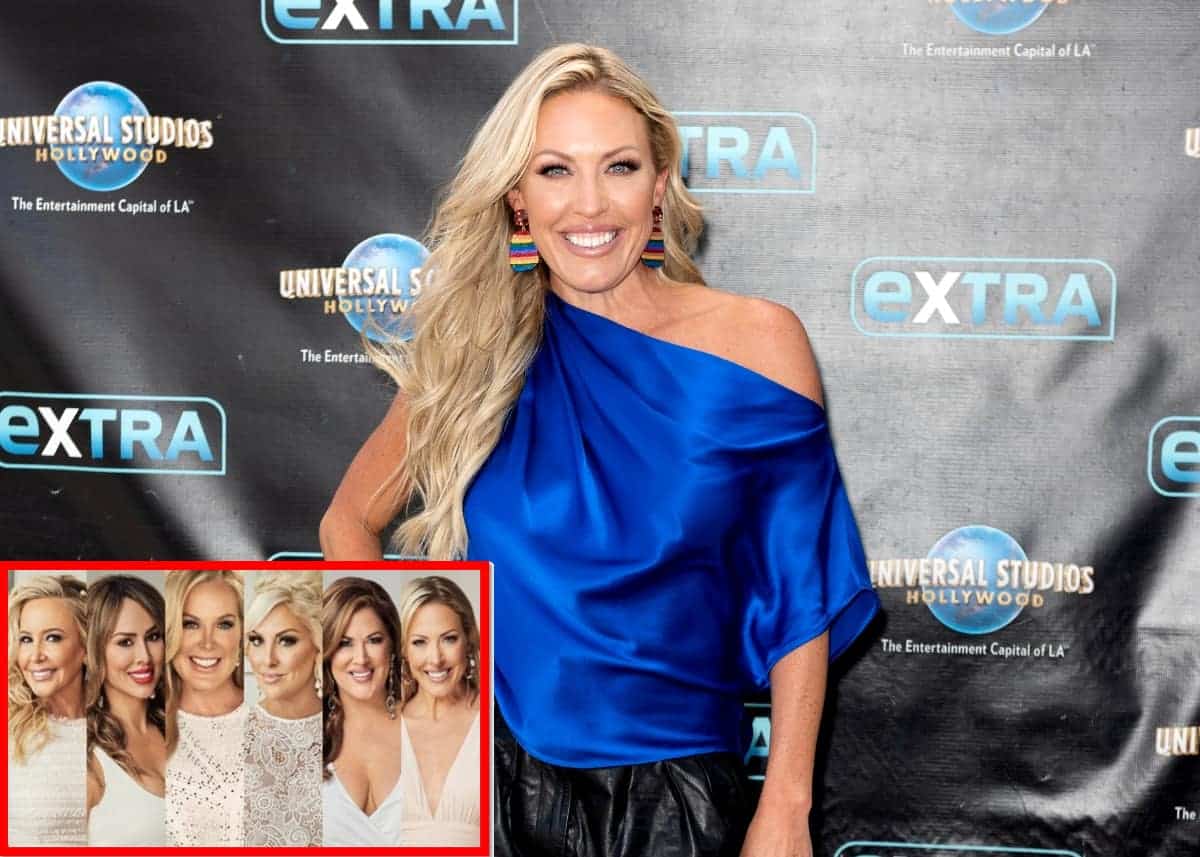 Is Braunwyn Windham-Burke getting the boot ahead of the upcoming 16th season of The Real Housewives of Orange County?

After being accused of staging storylines for season 15 and calling the paparazzi on herself, a new report is alleging Braunwyn has been cut from the series as producers reconsider Kelly Dodd‘s position on the series and attempt to enlist both Tamra Judge and Vicki Gunvalson for the new episodes.

On February 27, Tamara Tattles revealed that while casting on season 16 is still up in the air, Shannon Beador, Emily Simpson, Gina Kirschenheiter, and Elizabeth Vargas have been asked back and Tamra is likely returning.

As for Kelly, the outlet said she should be worried about her future and noted that while Vicki will be offered a friend role, she is not expected to take it.

Heather Dubrow‘s name was also thrown into the mix. However, when it comes to her potential return, she has made it fairly clear in the past that she is unwilling to appear alongside Kelly on the series.

“I think when it’s authentic and we can show our true lives and interact with people that we really would have in our day-to-day lives… I love it and I’m completely on board,” Heather explained on her podcast in 2019. “But I feel like, when certain characters—and I will say characters—are brought on to be incendiary and light the match, then that takes me a little bit back.”

Tamara Tattles also revealed that a few new people could be added to RHOC for season 16 and shared that producers are doing home visits and Zooms with two women in particular.

As fans of RHOC may recall, fans on social media began calling for Braunwyn to be fired from the show after she admitting to hitting her husband, Sean Burke, during an episode in December 2020. At the time, viewers of the series accused Bravo of having double standards and slammed the network for failing to address the domestic violence scandal.

“Ummmmm we’re just gonna gloss right past Braunwyn physically abusing her husband on multiple occasions!? Was there even a domestic violence disclaimer on this episode!? Imagine if any of the husbands made that same statement,” one person wrote.

There have also been calls for the firing of Kelly, who was faced with backlash due to insensitive comments made about COVID-19 and her offensive “Drunk Wives Matter” hat.

UPDATE: Elizabeth is suggesting no one has been fired yet from the RHOC as she shared that she expected all the cast members to return next season in a message to someone on Instagram.