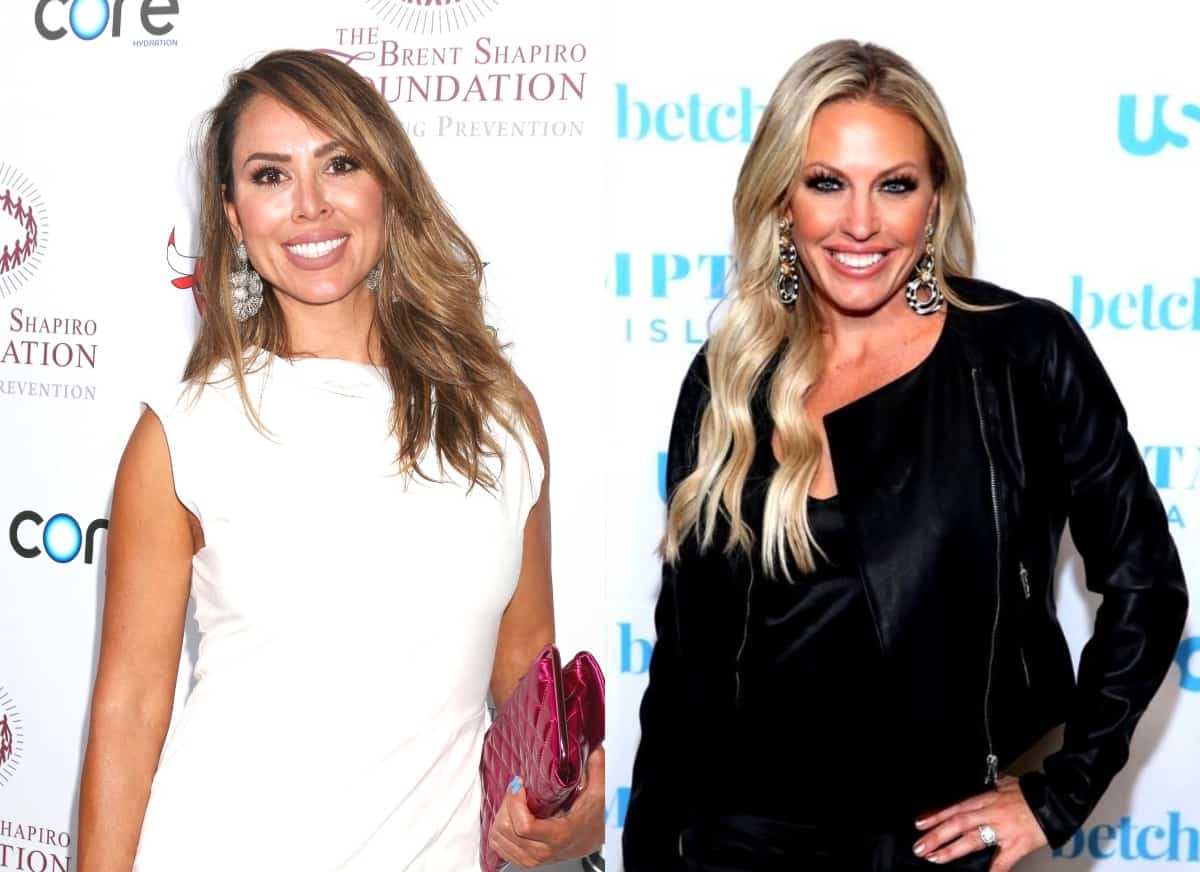 Kelly Dodd says she will not return to The Real Housewives of Orange County if Braunwyn Windham-Burke is asked back.

Kelly has been in the hot seat this season after making numerous offensive comments both on and off camera. She even offended Andy Cohen — who happens to be her boss — by claiming she receives messages from fans saying Andy is “anti-American.” As season 15 comes to an end, fans have been wondering if Kelly will be offered a contract for season 16, but the same can also be said about Braunwyn.

Braunwyn has also been a rather controversial figure this year as she first admitted that she’s an alcoholic and then shocked many fans when she came out as a lesbian, but she revealed she plans to stay married to her husband of more than 20 years, Sean Burke. Braunwyn later went public with a new girlfriend, Kris, but then explained she’d be “heartbroken” if Sean were to move on with someone new. RHOC fans immediately began calling Braunwyn selfish and voiced concern for Sean and the seven children they share. However, the fans weren’t alone because her co-stars have been publicly bashing Braunwyn for months.

Kelly took to Instagram Live on January 26 and explained to her followers that she would like to return, but she simply “cannot” unless her co-star gets the boot.

“And saying that I’m a bad mom and that I’m running around traveling,” she added. “Well, I was traveling but I was also selling two homes. Thank God I did because I would be stuck with four mortgages. I wasn’t going to party it up with the [Real Housewives of Salt Lake City] chicks.”

Braunwyn recently claimed in an interview that she would not return if the other ladies continued to attack her, and Kelly appears to reference her castmate’s statement in the Live.

Kelly finished by saying, “I just can’t come back next year filming with somebody so reckless. If she’s on, I’m probably out, so that’s probably the way it goes. And by the way, she says she couldn’t film with me, so there you go.”

As fans well know, a recent report alleges that Braunwyn offered drugs to Shannon Beador‘s 14-year-old daughter, Stella, which is likely the “reckless” behavior Kelly is referring to.

It should be mentioned that fans have called for both Kelly and Braunwyn to be fired, but that decision is up to the producers and Andy Cohen.

RHOC Live Viewing – This is also the live viewing thread for the second and final part of The Real Housewives of Orange County season 15 reunion, which airs tonight on Bravo at 9/8c.