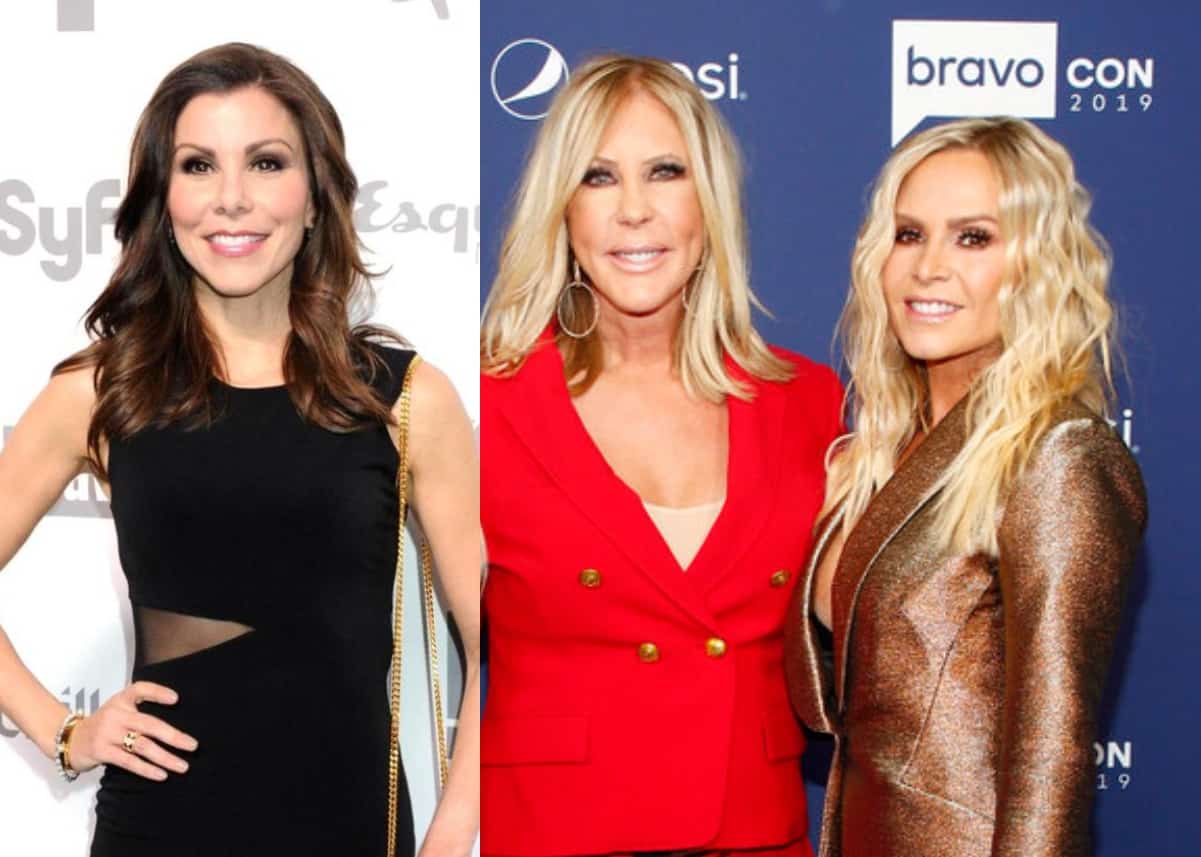 Heather Dubrow is reacting to the exits of Vicki Gunvalson and Tamra Judge from their long-running roles on The Real Housewives of Orange County.

Months after Vicki and Tamra announced their exits from the Bravo reality series within just one day of one another, Heather is speaking out about the news and the show’s future without them. She also addressed the possibility of her own return to the series.

Although Heather was taken aback by the ladies’ announcements, she noted that when it comes to RHOC, it is about the idea of “real housewives” living in Orange County, rather than the individuals it features, that makes the show.

“Honestly, I feel like as far as the [Housewives] franchise goes, the whole is greater than the sum of its parts,” she explained. “And there comes a time where the show needs to keep moving and shifting and changing, I think to stay current.”

That said, Heather applauded Vicki and Tamra for the “amazing runs” they had on the show before suspecting they may ultimately return for a future season.

“I mean, people have certainly left and come back before, but maybe they’ll, you know, pick up other opportunities as well. I’m not really sure but I adore them both,” she shared. “I speak to Tamra often and I think that they both made such an incredible contribution to the show that’s just gonna live on.”

As for her thoughts on her own potential return to RHOC, Heather suggested that the series, which is now being led in part by her nemesis, Kelly Dodd, is no longer her cup of tea.

“I feel like I’ve checked the box,” she admitted. “So I’m not really sure what it would take to go back and I think that show – as it should – is going into a different direction.”