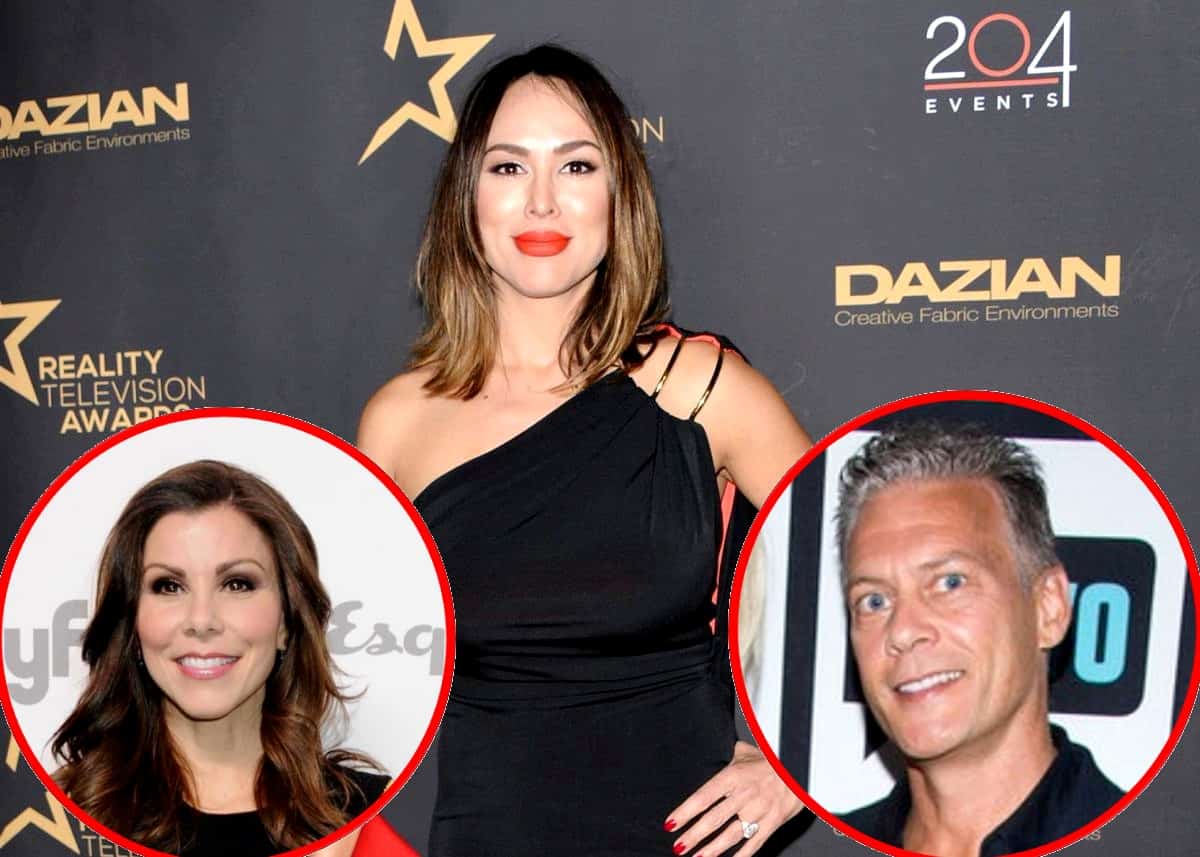 Kelly Dodd doesn’t think Heather Dubrow would stand a chance against her if she was brought back to the Real Housewives of Orange County for a future season.

Before taking aim at Shannon Beador‘s ex-husband, David Beador, who recently posed for a very racy social media photo with his now-fiancée, Lesley Cook, Kelly responded to a fan who requested Heather’s return.

“Bring back [Heather]. Kelly will melt into the cement,” the fan wrote in a comment shared to one of Kelly’s recent Instagram posts, which featured her and Shannon in a scene from RHOC years ago.

“You clearly didn’t watch the show!” Kelly replied. “I melted her like a grilled cheese sandwich.” 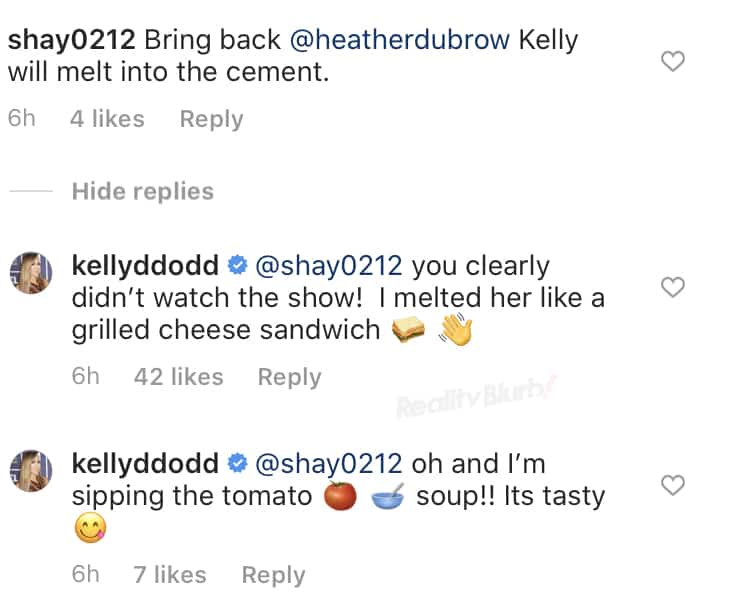 As RHOC fans well know, Kelly and Heather feuded on the show and have gone back and forth with digs in the press in the years since Heather allegedly declined a demoted position.

Most recently, in June of last year, Kelly lashed out at Heather for suggesting she would never return to the show because of her by saying she “couldn’t make it as Dlist actress” and “couldn’t make it on reality TV.” Before that, Kelly slammed Heather as “irrelevant” after she called out Kelly for filming her without her knowledge at their Orange County gym.

In the clip shared by Kelly on Instagram, Shannon was seen reprimanding Kelly for suggesting David looked like a predator and stating that he was right to have had an affair behind her back.

“You were wrong!!!” one person said after watching the clip.

“Really she was sticking up for her douche husband… I was wrong?” Kelly replied.

“See. That’s what I meant when I said I was right!!” Kelly noted.

Then, after the same fan mentioned David’s eyes, Kelly gave a nod to the photo Lesley shared on Instagram of the two of them in the buff.

“His n-ked body along with the gray mullet that matches his b-lls,” Kelly wrote as she reminded the fan of the awkward moment. 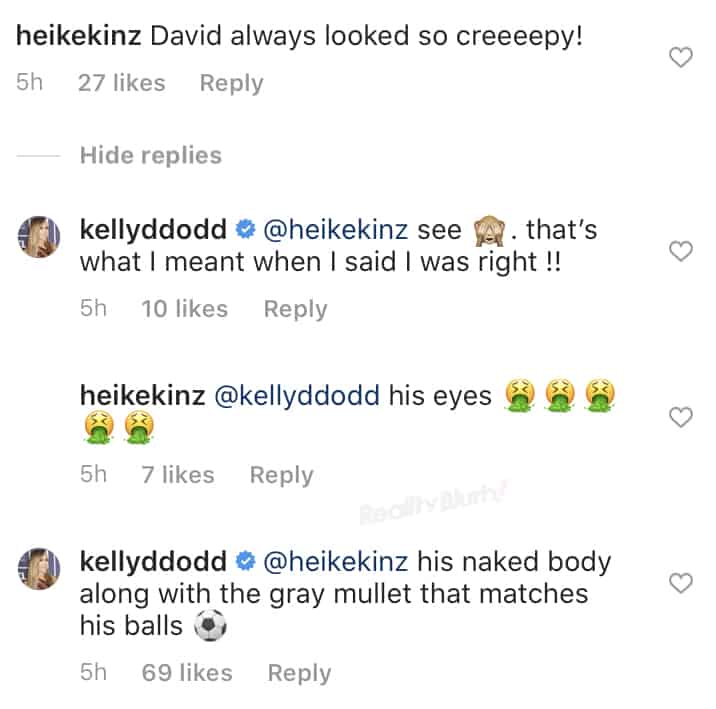