Home Real Housewives of Orange County News ‘RHOC’ David Beador’s Girlfriend Lesley Claps Back at Andy Cohen’s ‘Jackhole of the Day’ Diss After She Shares Racy Pics of Herself and David, Plus Tamra Judge Throws Shade at Them

‘RHOC’ David Beador’s Girlfriend Lesley Claps Back at Andy Cohen’s ‘Jackhole of the Day’ Diss After She Shares Racy Pics of Herself and David, Plus Tamra Judge Throws Shade at Them 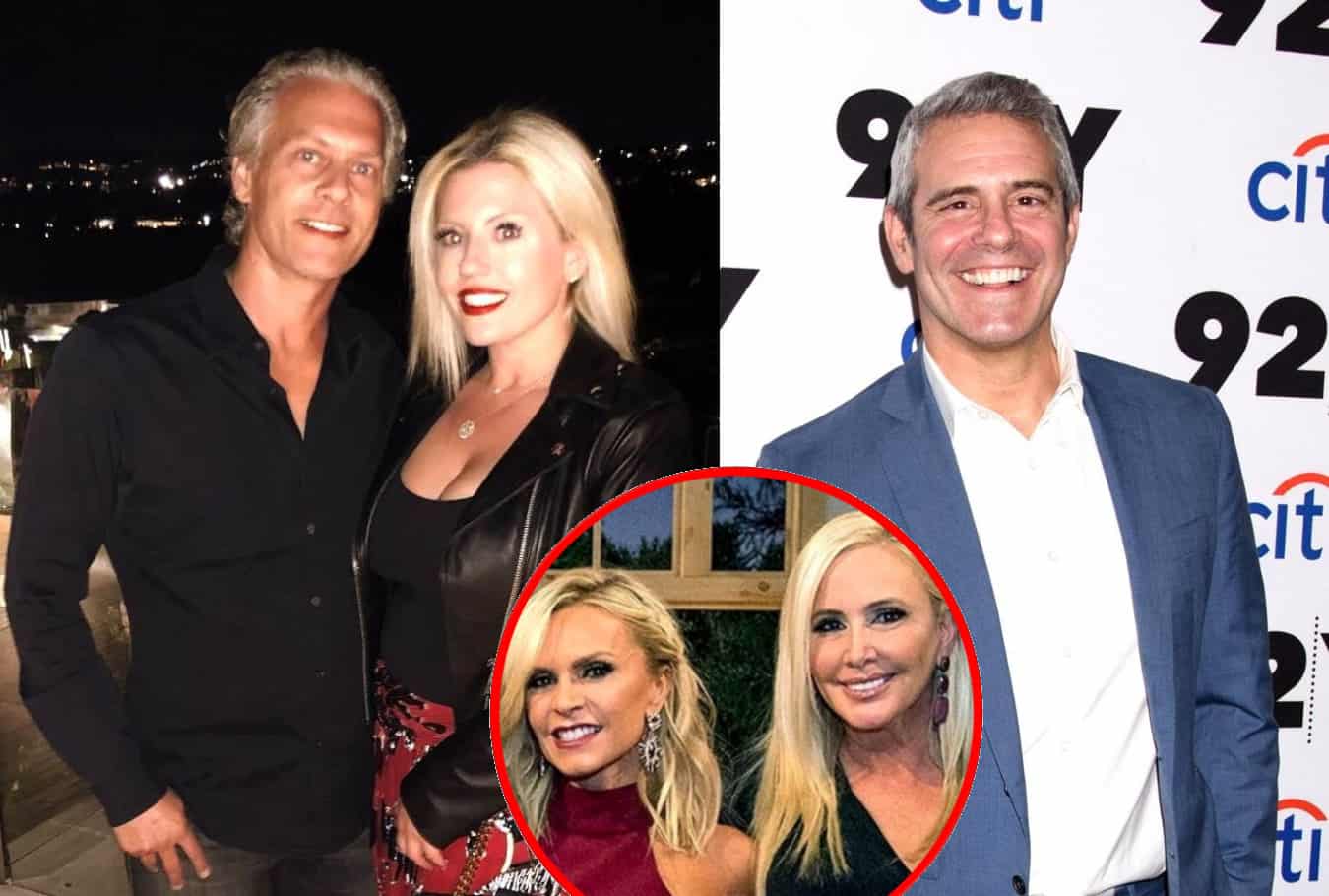 Lesley Cook is firing back at Andy Cohen after being labeled as the “Jackhole of the Day” on his late-night talk show, Watch What Happens Live, on Tuesday evening for sharing racy photos of herself and boyfriend David Beador holding one another in their birthday suits while on vacation in Italy.

Following the latest episode of The Real Housewives of Orange County, Lesley was slammed by Andy and Tamra Judge for her allegedly “thirsty” images, one of which included her and David standing with their pants around their ankles. Lesley quickly fought back on her Instagram page by suggesting Andy had used her and David to boost ratings.

“[Andy Cohen], hope we helped ratings. You’re welcome!” wrote Lesley, who has been dating David for nearly two years, before shading the RHOC woman. “Ladies stop the groveling, backstabbing & drinking. Maybe head off on a holiday.” 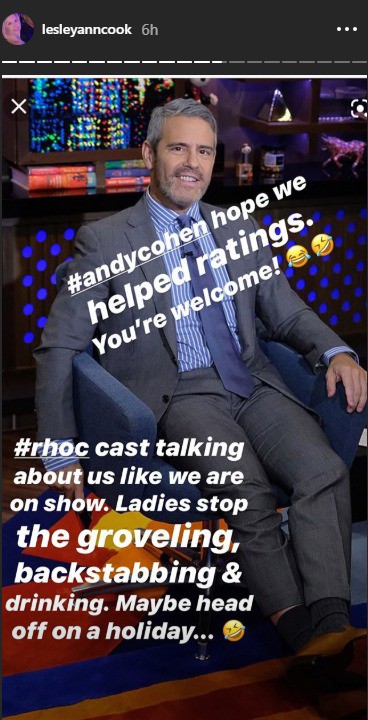 Below are the edited, and now deleted, pics Lesley posted as shared by AATRH on Twitter.

Shannon Beador’s ex-husband David and his new girlfriend Lesley Cook bare it all and post the photos on social media! ???????? See the uncensored photos on our Instagram! #rhoc #realhousewives #davidbeador #bravo #thirsty pic.twitter.com/FHuapyaU7x

Also below is the clip of Andy from Tuesday night’s WWHL labeling Lesley a ‘jackhole.’

After traveling to Italy days ago, Lesley has shared a number of photos of herself and David, whose divorce from Shannon Beador was made final in April. While Lesley has deleted the photos Andy referenced on his show (she stated they were reported and taken down by Instagram), she did share other pictures, including a playful pic of herself and David laying in bed. 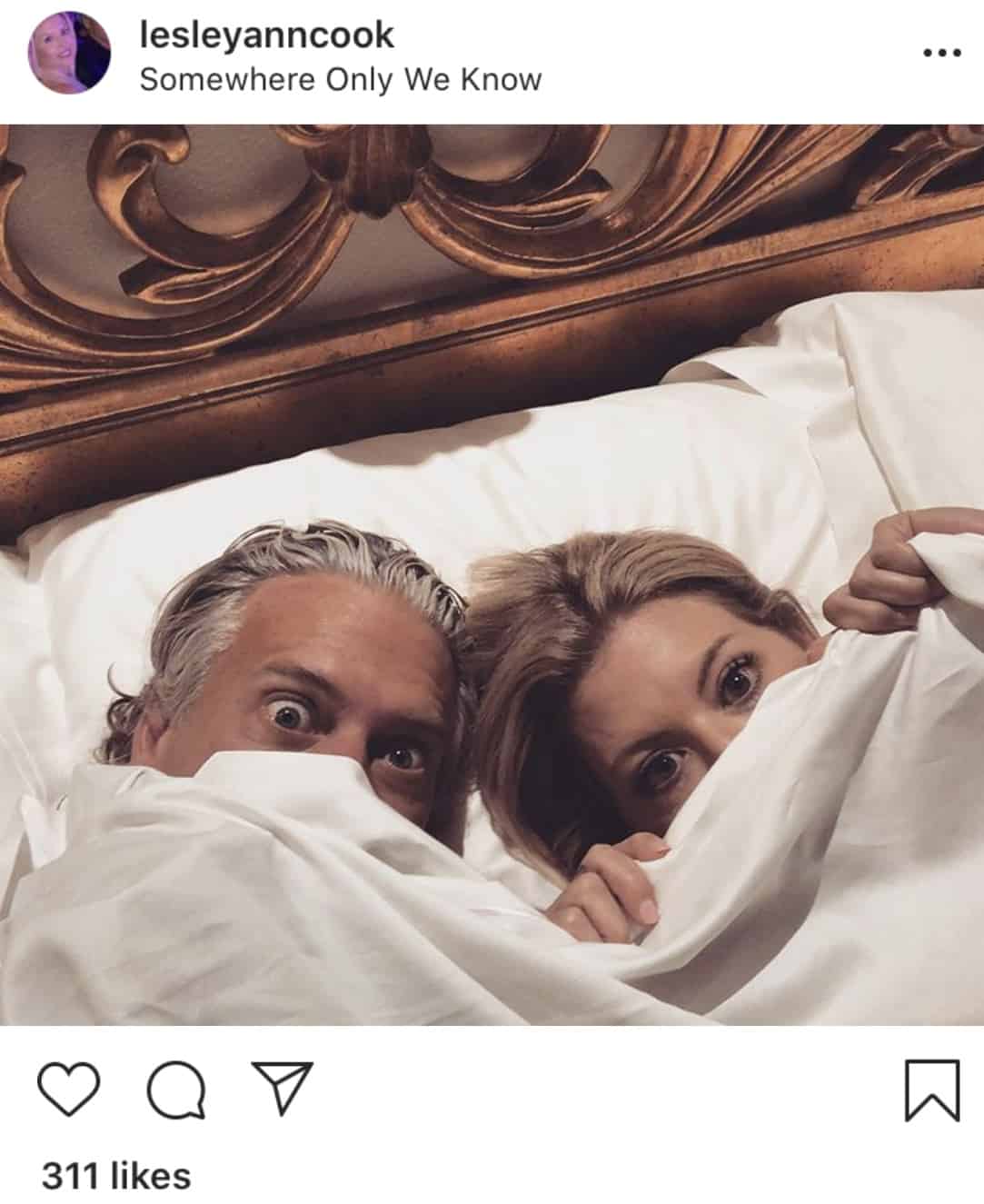 After Andy weighed in on the racy images shared by Lesley, Tamra got in on the action on her Instagram page by suggesting she and Shannon should recreate the “thirsty pic.”

“[Shannon Beador] should we recreate that thirsty pic from Italy #Icantunseeit #myeyes #makeitstop #holdher #pantsaroundmyankle,” Tamra wrote in the caption of a screenshot shared on Tuesday night’s episode of RHOC.

In the comments section of Tamra’s post, fans made it clear that they were not happy about Lesley’s posts and mentioned the way in which the images could potentially impact Shannon and David’s three daughters. 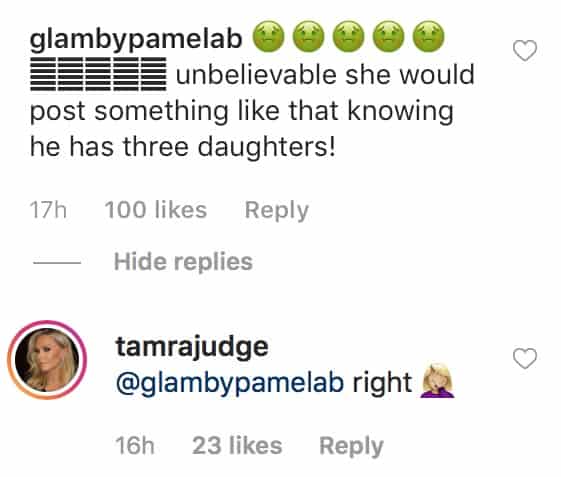