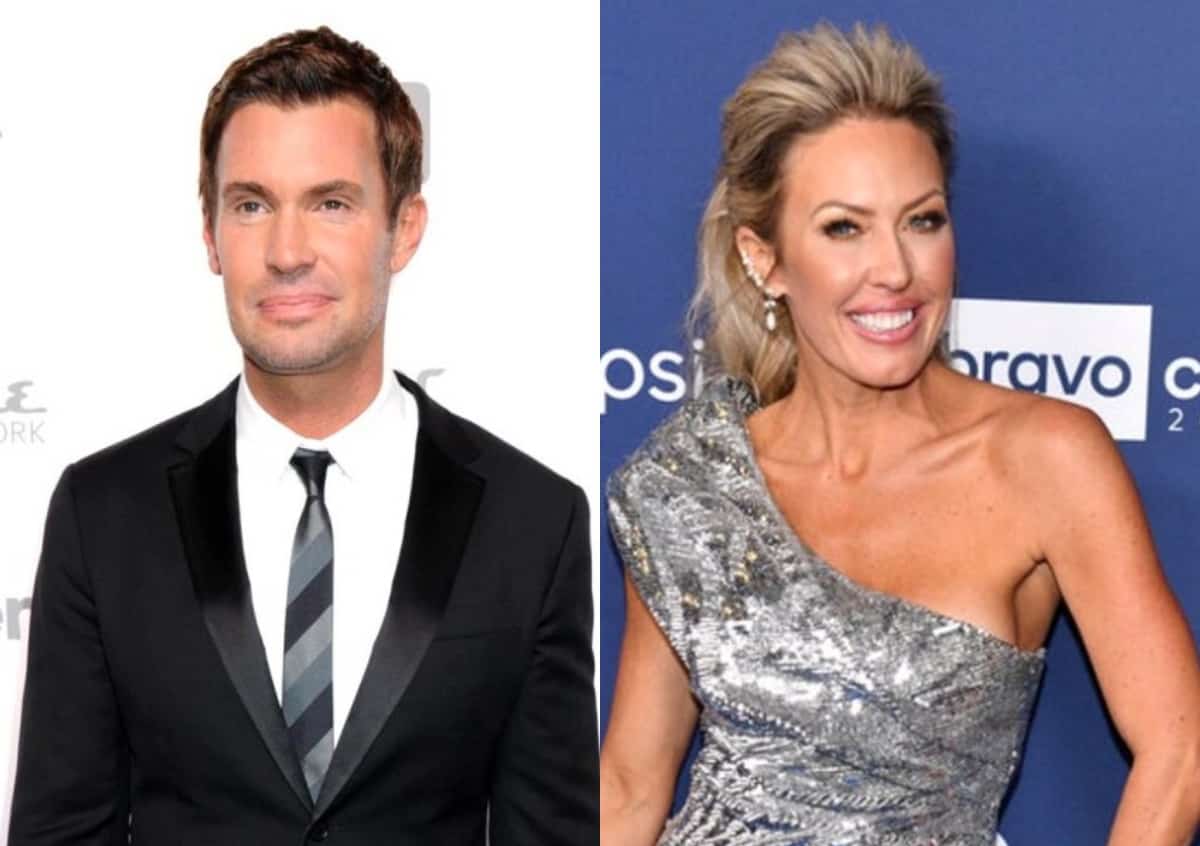 Jeff Lewis was featured on Wednesday night’s episode of Watch What Happens Live, and during his chat with host Andy Cohen, he made it clear that Braunwyn Windham-Burke is far from his favorite Bravolebrity.

After confirming he is not a fan of the Real Housewives of Orange County star and suggesting she fabricates storylines for the show, Jeff spoke about his future with ex-boyfriend Gage Edward and offered an update on his relationships with former Flipping Out co-stars Jenni Pulos, Zoila Chavez, and Chaz Dean.

“I’m not a fan of Braunwyn,” Jeff admitted on the February 3 episode of WWHL. “I think she’s incredibly unlikeable. I think there was one storyline after another with her this season. I was wondering, ‘How much of this is real? How much of this is staged.’”

According to Jeff, there is an “unbelievable” tension between Braunwyn and her RHOC castmates as they prepare to embark on the series’ 16th season.

“I mean, those women hate her. But then again, so does her husband. She does not treat him well at all,” Jeff noted, giving a nod to Braunwyn’s treatment of Sean Burke, who has remained in an “open marriage” with her after she admitted to physically abusing him and went public with her new girlfriend Kris.

As for his co-parenting relationship with Gage, Jeff said that while they’ve had some rocky moments since their split, they are in a good place as they raise their four-year-old daughter Monroe separately.

“We’re actually doing a pretty good job co-parenting. I think we’re on the same page with Monroe. That has never really been an issue. We both want the same things for her. We’re both very regimented. I think that part works,” Jeff explained.

Jeff even said that after their money issues are settled, he believes he and Gage will be able to form a friendship with one another.

“I think once the money stuff is done, that seems to be causing the problems, I feel like we will move forward. I actually think we’re going to end up, believe it or not, friends, maybe even good friends, moving forward,” he shared.

During another segment of WWHL, Jeff offered updates on his relationships with Jenni, Zoila, and Chaz.

“I reached out to [Jenni] about a year ago and I did not hear back,” Jeff revealed.

Jeff also ran into Jenni at a restaurant, where he attempted to offer an olive brach to his former Flipping Out co-star.

“We were in the same restaurant but we did not talk to each other. I had tried to send her both drinks and dessert, both of which were refused,” he said.

While things between Jeff and Jenni remain strained years after they parted ways professionally, Jeff is in a great place with Zoila, who recently returned to work.

“She takes care of Monroe on Fridays and Saturdays. She’s back. She’s part of the family,” Jeff explained.

As for Chaz, Jeff said that while the two of them don’t talk much, he believes they’ll have a friendship in the future.

“I’ve talked to [Chaz] maybe once in about a year and a half. We’re a little bit estranged but I feel he’ll come back in my life again,” Jeff stated.