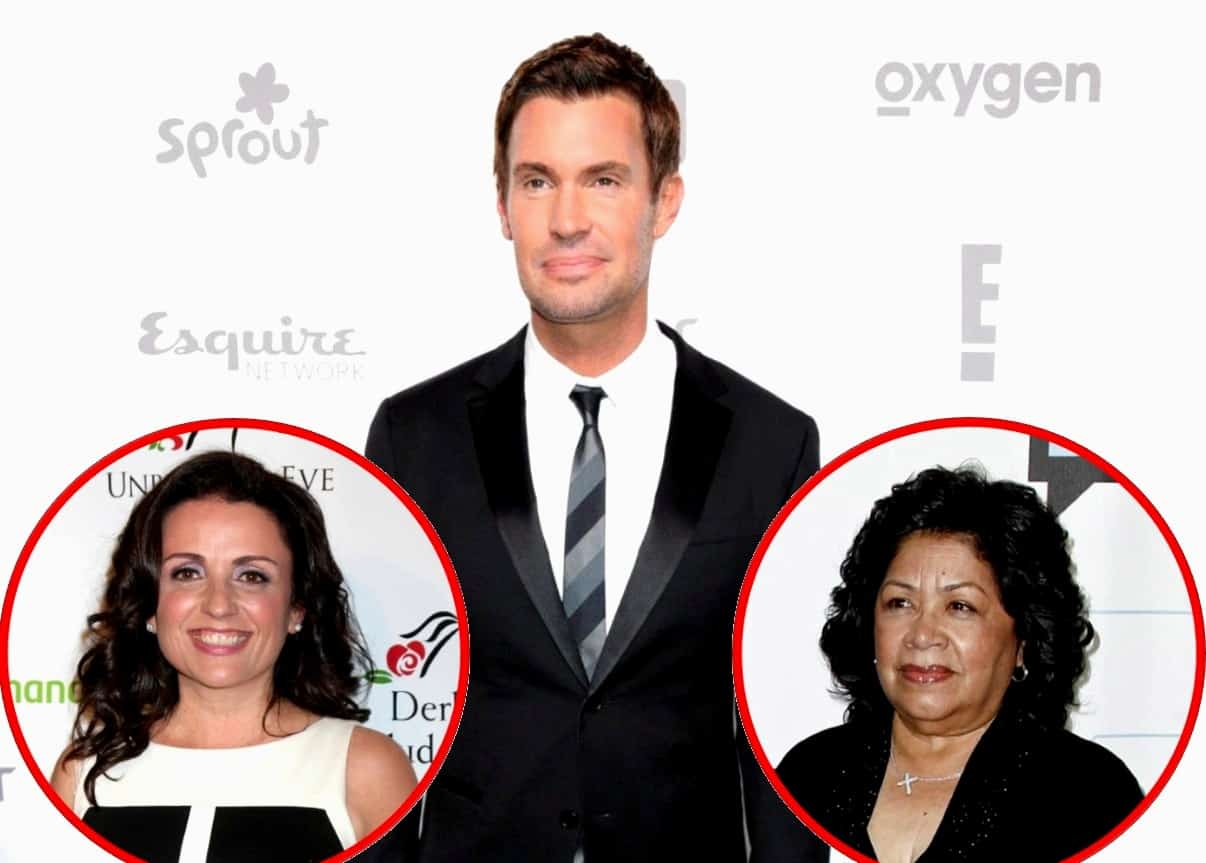 Jeff Lewis recently ran into his former friend and co-worker, Jenni Pulos, at a restaurant in Encino, California.

After enjoying a night out with a friend and her husband, the former Flipping Out cast member took to his SiriusXM Radio Show to explain how he attempted to offer an olive branch to Jenni, who was dining with husband Jonathan Nassos, before opening up about his three-year-old daughter’s behavior issues and revealing that Zoila Chavez is coming back to work for him.

“She walks in, she goes through the restaurant, she goes out to the patio and we didn’t know if they decided to go to another restaurant or not,” Jeff recalled on Jeff Lewis Live. “But we pretty much knew because there was one point where Jonathan was standing by the front door, and he could totally, I know he could totally see us there.”

At the prompting of his friend’s husband, Jeff attempted to send a round of drinks to Jenni and Jonathan.

“We don’t know what happened. But the manager came over and said they’re not drinking tonight, which, that’s not the Jenni we know,” Jeff continued.”So we waited for dinner and then we tried to send them dessert [but were told] they’re not having dessert.”

According to Jeff, he would have loved to have a friendly conversation with Jenni at the restaurant. And, if he and his friends had been seated closer to them, he would have gone over to her and said, “Hello.”

As Flipping Out fans may know, Jeff and Jenni have been estranged ever since their season 11 finale fight, which resulted in Jenni’s shocking and dramatic firing.

Also during the episode, Jeff said he learned during a recent visit to his daughter’s school that Monroe, who he shares with his ex Gage Edwards, is having “behavior” issues, likely due to their ongoing custody disputes.

“They say, ‘Can we talk to you for a minute? … We’re very concerned about Monroe. We’re concerned about her behavior,'” Jeff shared. “‘She’s been crying, she’s confused, she doesn’t know who’s picking her up … there’s been a little bit of a regression.’ I’m like, ‘Oh my God.’ And then it’s just on my face — I’m concerned, I’m worried. I’m very, very worried about Monroe.”

As for Jeff’s upcoming reunion with Zoila, he told listeners during another episode of Jeff Lewis Live that he called his former employee after his former nanny took a job with another family.

“So I had Monroe’s old nanny came back. Remember she decided that she was going to switch careers after working for Monroe? She was the nanny and then after taking care of Monroe, she decided, ‘I’m out. I’m going to be a flight attendant now.’ So then obviously she lost her job so we brought her back. Well, she got an offer for a full-time six-month gig for a new baby that arrived last week,” Jeff explained. “So I lost her and I needed someone to fill like a day or two, so I called Zoila Chavez in Nicaragua and we had a nice conversation. She is flying back anyway in mid-October and we are discussing her working on Saturdays.”