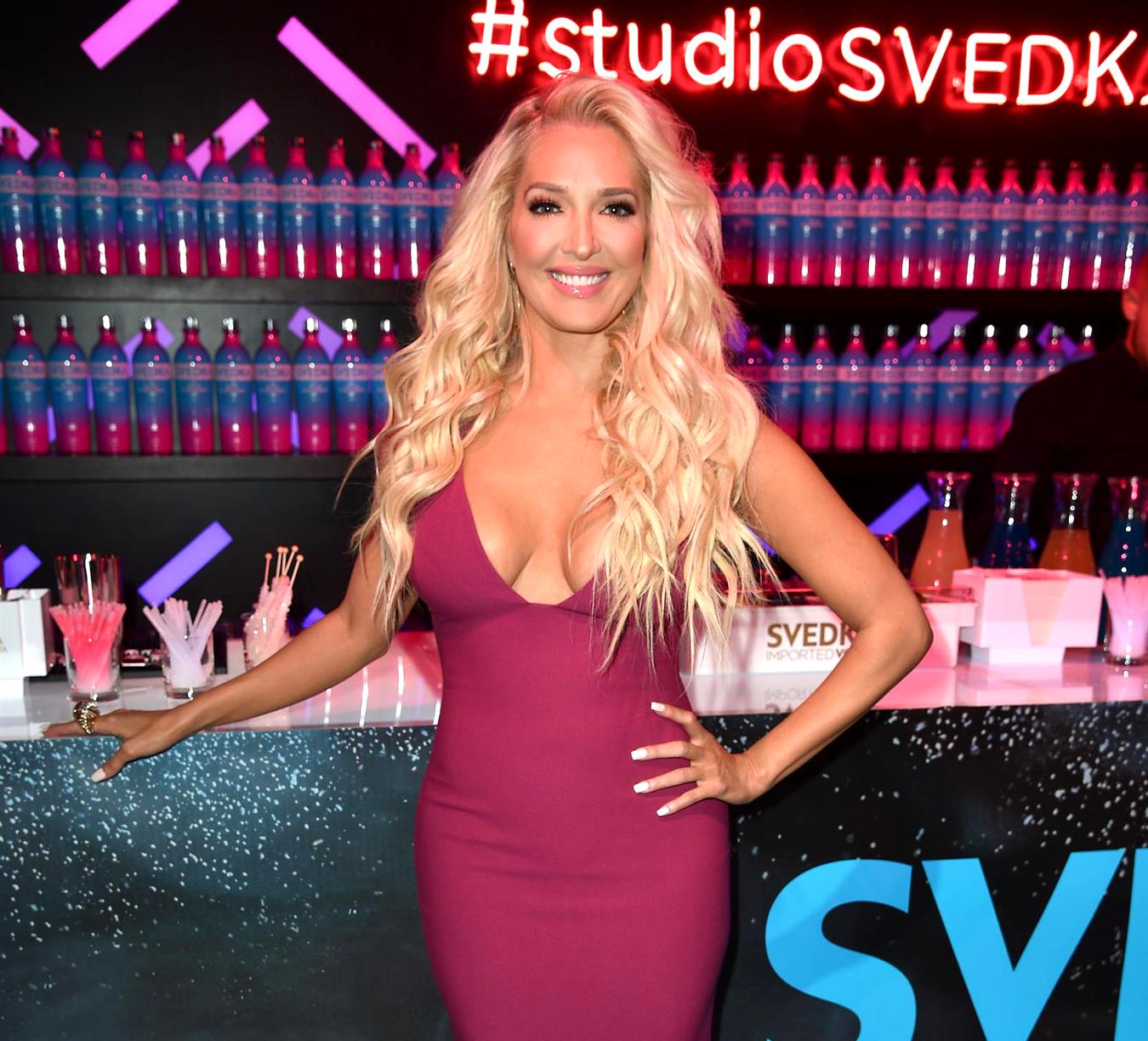 Erika Jayne is clapping back at those questioning the “optics” of her recent TJ Maxx shopping trip as Thomas Girardi‘s bankruptcy auction seemingly brings in less than expected.

Amid her divorce and legal woes, it seems the Real Housewives of Beverly Hills star appreciates a good deal just like everybody else as she was recently spotted shopping at TJ Maxx with her assistant in tow.

Though it’s a far cry from the $40,000 a month in glam that she used to spend, she claimed she’s been hitting up the discount store for years when a fan called her out after Page Six shared photos of the “XXpen$ive” singer digging through the TJ Maxx racks.

In a video clip of the shopping trip, Erika could be seen walking with a woman who some fans speculated might be her assistant.

“Shopping at TJMAXX…. with your assistant?…. Optics EJ,” the person tweeted. “You are smarter than this…. This NOT winning!”

But, despite being on a reality show, Erika wants fans to stop “analyzing her life,” firing back, “I shopped there for years. I also went to Petco and Target. Stop over analyzing my life.” 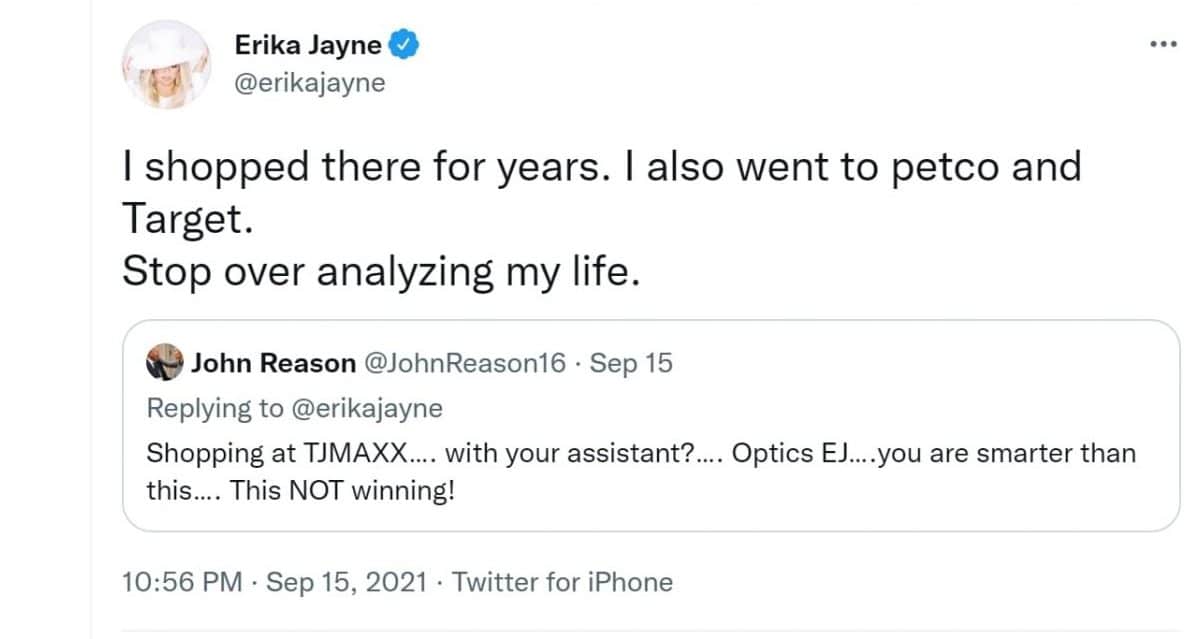 Following Erika’s tweet, fans had mixed feelings as they began to weigh in with their own comments.

“Optics of what, that given the backdrop of her current situation she looked for good bargains?” one person asked. “Seriously, what optics? She’s NY Times bestselling author, Broadway actress and singer/performer. Of course she has an assistant.”

Another fan had a different view, tweeting, “I’m only suggesting [that] she takes the money she’s paying for her shopping assistant… And give it back to the orphans it was stolen from… Think of all the poor orphans who had to shop without an assistant!”

Speaking of shopping at a discount price, the auction of Thomas’ property reportedly only raked in a total of $299,974.93 according to Radar Online, who obtained the court documents.

Though that seems like a significant amount of money, the auction house will take $41k of that, as well as other set fees, leaving the bankruptcy with $231k.

As fans well know, Thomas and his Girardi Keese firm were forced into Chapter 7 bankruptcy after he was accused of embezzling millions of dollars from his former clients and was unable to pay back his many creditors or alleged victims. He’s reportedly $101 million in debt, but he only has $4 million in actual assets.

According to court documents, a set of Erika Jayne memorabilia sold for $1,150 while bottles from Thomas’ wine collection sold for an average of $100.

As for the infamous red Agent Provocateur lingerie that Erika says did not belong to her, it was purchased for $350.