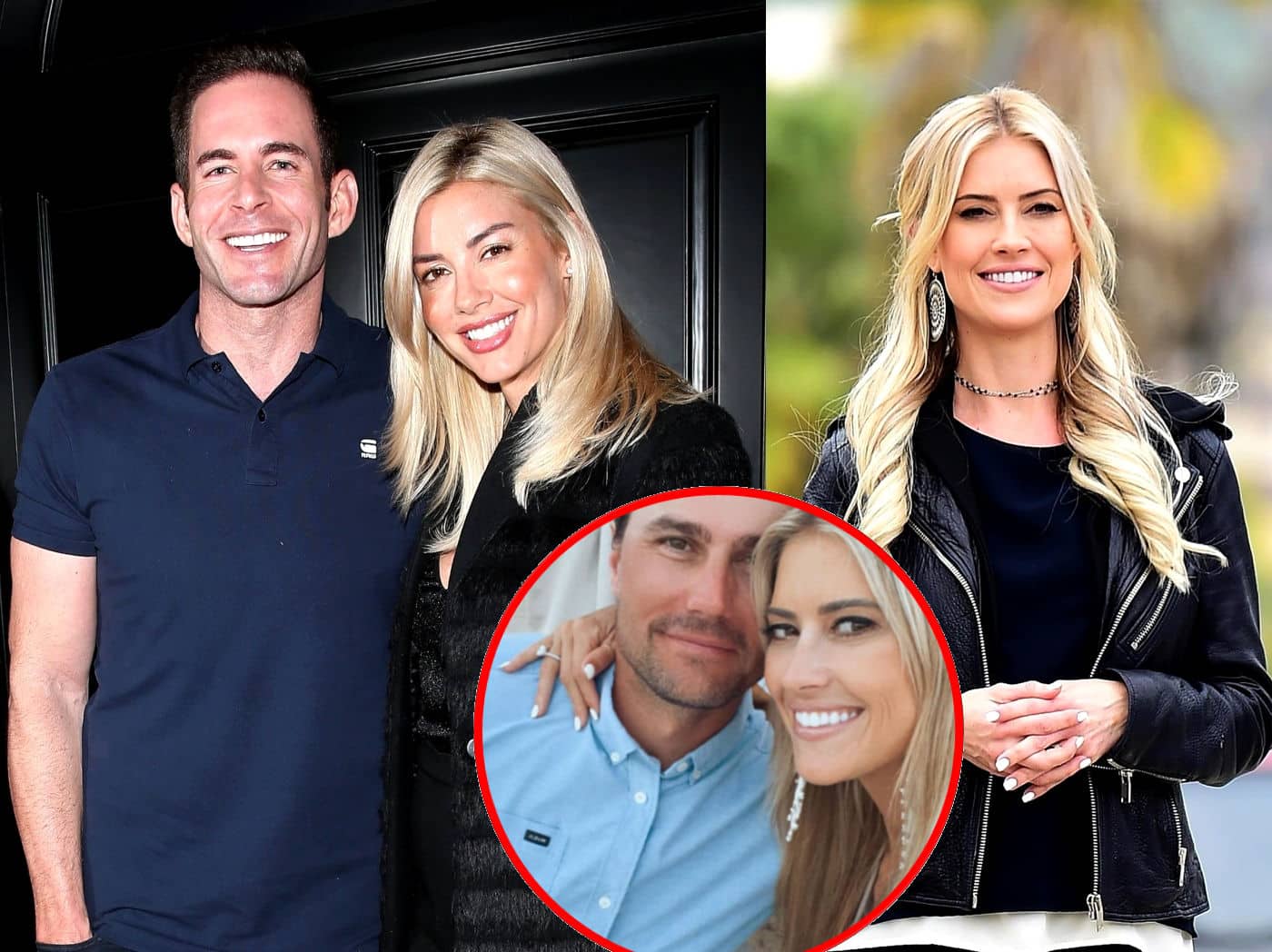 Hours after the Flip or Flop star confirmed she’s engaged to Joshua Hall on Instagram, Tarek and Heather, who are currently in quarantine following a COVID-19 diagnosis, reacted to his ex’s news, congratulating her on the engagement and saying they are excited for the “next chapter of everyone’s lives.”

Meanwhile, a source revealed to E! News that Tarek is “happy” for Christina, 38, and he’s “definitely not surprised” that she’s engaged after just months of dating Joshua.

“She is known to move on quickly and falls fast. He is happy for her and wants her to be in a good place,” the insider explained. “Tarek’s only concern is the children and making sure they are in a healthy environment, but he has faith Christina has their best interest. As long as Tarek and Christina’s co-parenting is going smoothly, Tarek tries to stay out of her personal life.”

In other news, Tarek recently tested positive for COVID-19, causing filming delays on not only his own show, Flipping 101, but also his fiancé’s Netflix series, Selling Sunset.

In a statement shared with TMZ by Tarek’s rep, it was noted that while Tarek is fully vaccinated and showing no signs of symptoms, he’s decided to quarantine with Heather, who is also fully vaccinated and has not tested positive. He also put a pause on the production of his HGTV series.

According to production sources, filming was halted last Friday on Selling Sunset out of an abundance of caution. After all, there have been suspicions that Tarek doesn’t actually have COVID-19. While he did test positive, he’s reportedly had multiple negative tests in the days since but felt it was best to stay quarantined for the safety of others.