Home Real Housewives of Potomac News Candiace Dillard Blasts RHOP Producers For Inaccurate Portrayal, Claims She Was Made Into a Villain and Shades Mia Thornton

Candiace Dillard Blasts RHOP Producers For Inaccurate Portrayal, Claims She Was Made Into a Villain and Shades Mia Thornton 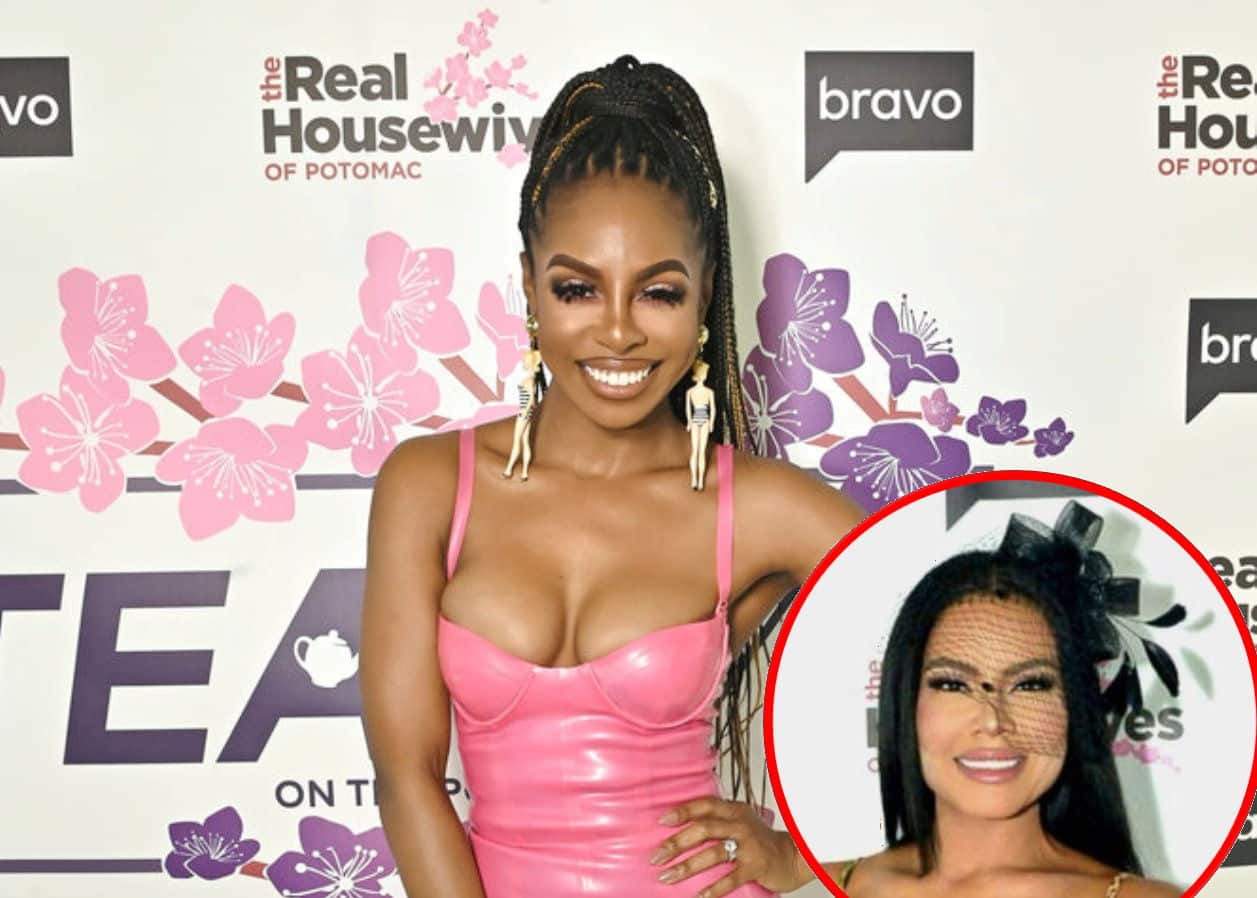 Candiace Dillard Bassett is not thrilled with how Bravo runs The Real Housewives of Potomac, and she is making her feelings known by once again taking to social media to air her grievances.

The 34-year-old “Deep Space” singer had a few choice words to say to the executives at Bravo. Candiace has been receiving hate due to her over-the-top verbal digs at the other women. During the reunion, Karen Huger, Gizelle Bryant, Ashley Darby, Robyn Dixon, and Mia Thornton tried their best to explain that the former beauty queen’s words have consequences. Instead of hearing their words as advice, Candiace has once again decided to lash out.

Candiace took to her Twitter to right an injustice she feels was done to her because the network painted her as a villain. In a scathing post, she wrote, “They call me angry, aggressive, vile, evil, vindictive, et al NOW. If I held on to 100% of what was done to me by these people (and I hold on to a lot…prob 45%), you think I would be sane? At peace? Happy??? I cannot keep all that burden on my back.”

In a barrage of tweets, Candiace continued to share her true feelings about how Bravo wronged her, saying, “I’m a friend, and I’m fair 24/7, 365. This show won’t highlight that, though, because it’s more fun to make me the villain and use the reunion couch to tell me I deserved to get ‘beat up’ for doing what we’re all paid to do. But no one’s ready for that conversation.”

Multiple RHOP fans supported Candiace’s claims, with one follower sharing that the singer should embrace the villain role. Candiace replied with a confused emoji, writing, “Meh. Maybe. I’ve thought about it. Then they’ll really be crying and trying to get me fired.”

Candiace supporters also pointed out that Mia was the culprit who started this season’s drama. But the “Drive Back” singer revealed production conveniently leaves it all on the cutting room floor, saying, “They all leave it out because it’s better for the villain costume I’m supposed to be wearing.”

The reality star’s Twitter feed continued to pile on the comments as she added, “Listen. ‘Do unto others as you would have them do unto you.’ OkY? My knee-jerk reaction is always to defend people against pressure, esp when it feels unfair. I wasn’t thinking about how shitty and trifling she had been to me in the last. I just reacted.”

Viewers of RHOP even watched as Candiace questioned, “What show would we have” if she didn’t speak out and if the other women were “loyal friends to me?”

In typical Candiace-like fashion, she ended her tirade with a bit of snark as she questioned why no one was targeting Nicki Minaj for “mom-shaming” Ashley. Candiace signed off Twitter with a PSA regarding the women on her cast who try their best to hide their plastic surgeries. While we can’t say for sure who she was referring to, fans believe she was throwing shade at Mia.