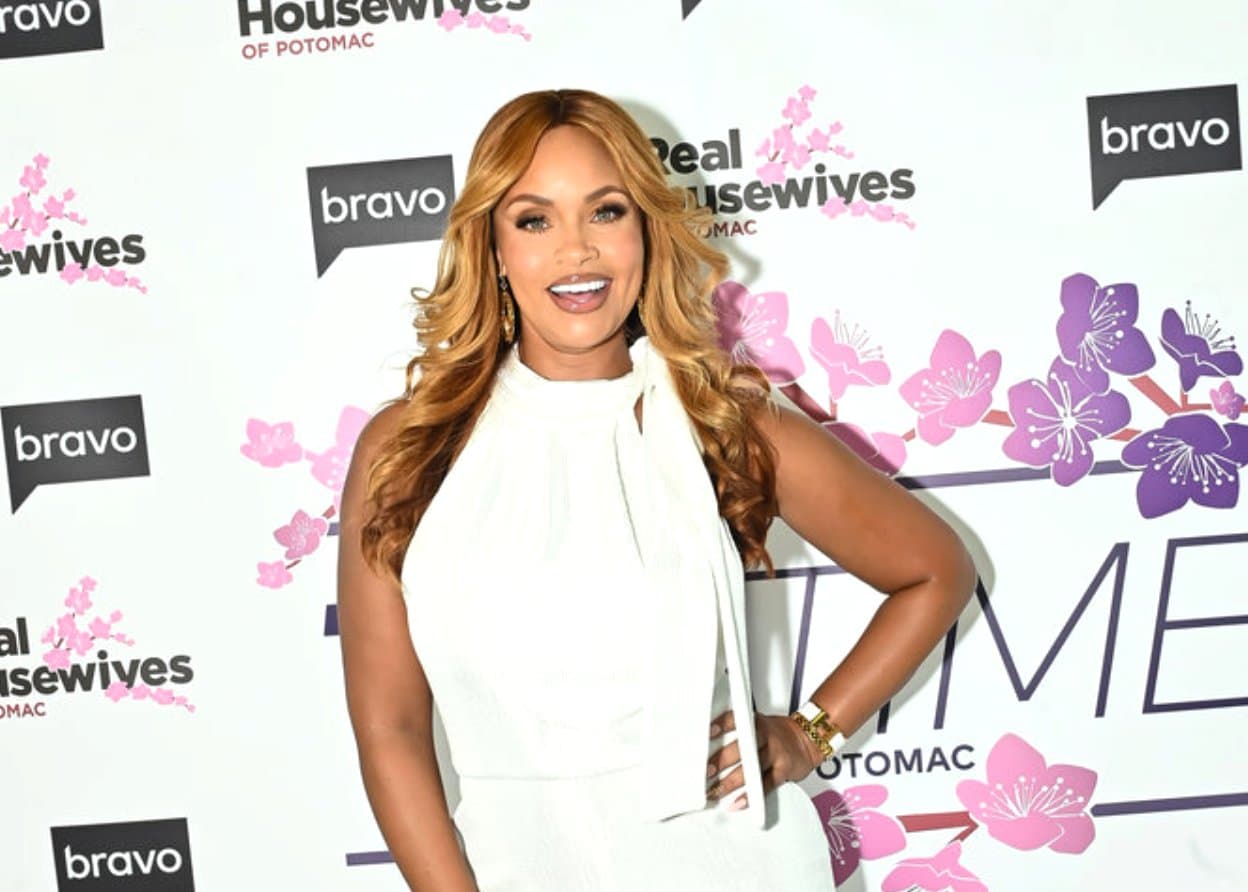 Gizelle Bryant was truly bothered by a moment with her dad that aired on the fifth season of The Real Housewives of Potomac.

During her recent podcast interview with castmate Robyn Dixon, Gizelle revealed what bothered her about the situation before seemingly shading Wendy Osefo for changing herself to please her critics, discussing why she doesn’t prepare for reunions, and sharing who she believes is Nicki Minaj‘s favorite cast member.

“What bothered me was when they caught my dad on a mic and my dad was just running his mouth,” Gizelle said on the November 3 episode of the Because Life podcast. “I wasn’t mad at my dad, I was mad at production. [They were] trying to make it so messy [and] so horrible.”

On the episode, Gizelle’s dad, Curtis Graves, made it clear that he was not on board with her reconciliation with Jamal Bryant, saying, ‘This is not a good move for her… This guy’s got six, seven baby mamas.” Then, when Gizelle approached him about the hot mic moment, he told her, “Oh, well. Y’all need drama on the show now, don’t ya?’”

Throughout season six, Gizelle’s main issues have been with Wendy. And, while she didn’t mention her by name, she did appear to shade the changes she brought to her sophomore season.

“A lot of times, based off of the critiques of social media and things people say, the next season a person will come back and change and edit themselves so that they can make sure they’re not going to get that commentary and that’s not a show people want to watch,” Gizelle noted.

When the ladies were then asked about their RHOP reunions, Robyn said she goes into tapings looking for “resolution” and “adult conversations” as Gizelle revealed she never does any preparation.

“By the time we get to the reunion, it’s like, ‘Well b-tch I done told you how I felt in the moment.’ I feel like the reunion is for everyone else, not necessarily for me, because I have said it already,” she explained. “But most people, they watch the show, they look on Twitter, they see what the world is saying, they write it down, they go to the mirror, they practice it about 15 times.”

Gizelle also seemingly threw some more shade at Wendy, failing to mention her name but saying that there’s a “big goofy” receipt on this year’s taping, which started at 6 a.m. and went until 11 p.m.

In addition to revealing that fans saw the “nice version” of Candiace Dillard‘s dinner party fight with husband Chris Bassett, Gizelle and Robyn agreed the drama was far worse, and funnier than what was shown.

“A man… He had on no shirt. We’re in the back of the restaurant. He’s coming from the front of the restaurant full-speed, like running. So I think he was going to jump on the table or something,” Gizelle recalled. “And our security… they tackled him to the ground, threw him over, slammed him out the restaurant. It was great.”

As for Nicki’s favorite cast members, Robyn said Nicki appeared to be most attracted to Robyn.

“She didn’t say this, but she wants to have very hot sex with Robyn. I can’t say that? Okay, I take it back. There was some energy,” Gizelle shared. “Then me, then Karen. I think me and Karen are probably equal.”

Coming in the next two spots, in Gizelle’s opinion, are Mia Thornton and Wendy, who are “probably equal,” and Candiace, followed by Nicki’s presumed least favorite cast member, Ashley.