Home Real Housewives of Potomac News RHOP Cast Admits They Were “Uncomfortable” With Chris Restraining Candiace During Fight as Karen Suspects He Was Embarrassed by Her, Plus Reunion Photos and Live Viewing Thread

RHOP Cast Admits They Were “Uncomfortable” With Chris Restraining Candiace During Fight as Karen Suspects He Was Embarrassed by Her, Plus Reunion Photos and Live Viewing Thread 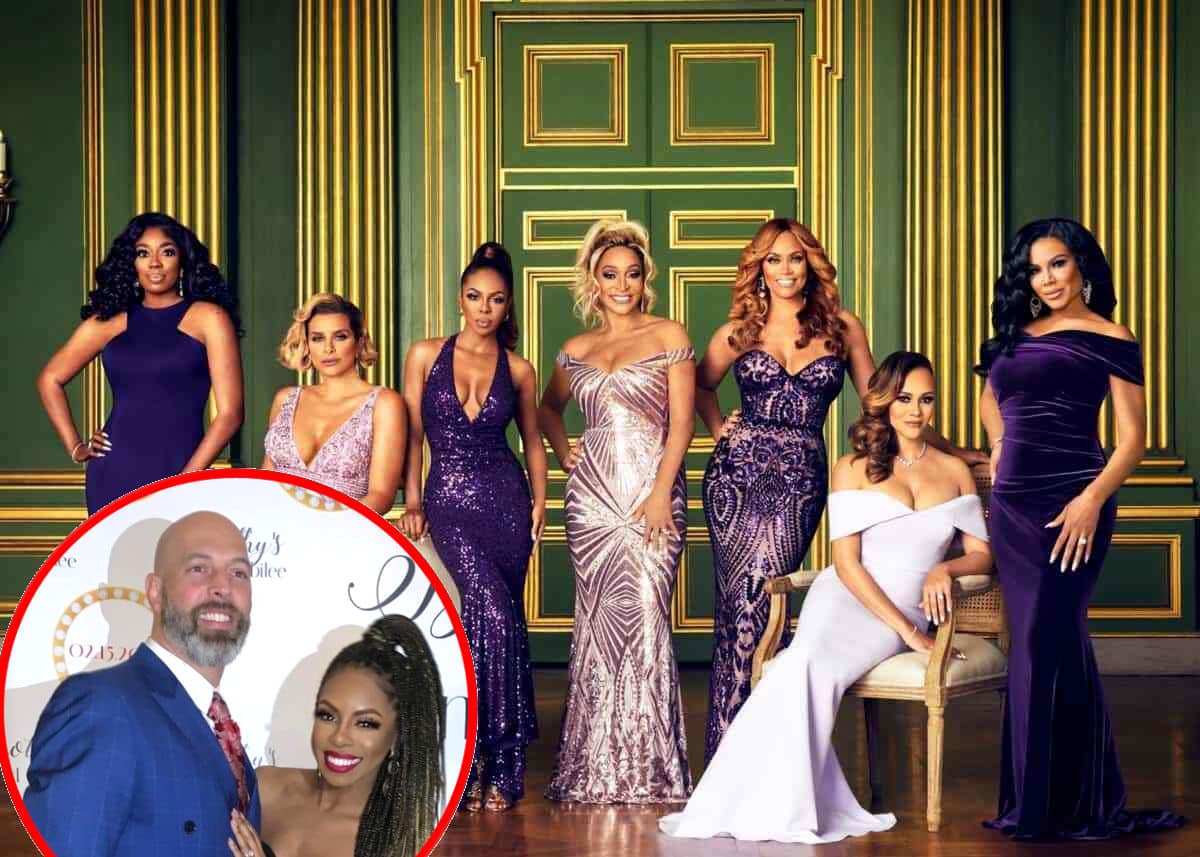 The Real Housewives of Potomac cast was “uncomfortable” and “uneasy” amid Candiace Dillard-Bassett‘s heated fight with husband Chris Bassett during Sunday night’s episode of season six.

Following the drama-filled episode, Gizelle Bryant, Ashley Darby, and Robyn Dixon voiced their concerns over the way Chris chose to handle Candiace as Karen Huger suspected he was acting out of embarrassment and Candiace attempted to explain the situation.

“I was uncomfortable,” Gizelle admitted on the October 10 episode of the RHOP: After Show. “He was like trying to keep her in her seat or move her. It was just a little too much for me. I don’t want us to ever get to a place that a husband and wife are treating each other like that in front of the group. It’s Candiace and her mouth is ridiculous sometimes but I don’t think sitting on her is the answer.”

In an attempt to mediate the drama taking place between Candiace and her co-stars, Chris got both handsy and mouthy with his wife before storming out of the restaurant where they were eating as their co-stars looked on.

“The way that Chris stood up and raised his voice just made me feel a little bit uneasy,” Ashley revealed. “Candiace is still an adult and at that moment, I felt like he was talking to her like a child. So even though I couldn’t stand the girl and I had my words to say, I did not like watching that interaction.”

Looking back, Robyn pointed out that alcohol likely fueled Candiace and Chris’ encounter.

“The level to which they were getting into it was unnecessary but I just felt like you could just tell he had a lot to drink and too much to say,” she noted.

As for Karen, she said that she knows Chris was coming from a good place when he attempted to gain control of Candiace.

“I think Chris is very level-headed when it comes to his wife and he tries to steer her in the right direction but quite often times that falls on deaf ears,” Karen noted. “But even Chris in this moment was done and I think he was embarrassed.”

While Candiace would likely disagree that her husband was embarrassed by her behavior, she did admit that Chris doesn’t enjoy when she gets loud before stating that she was quite excited to be on a trip with her castmates and their spouses.

“Chris got mad because he doesn’t like when I get loud. And he storms off,” Candiace recalled. “I know that he needed a chance to cool off and if I went over to him too soon it was going to escalate and everybody had been drinking.”

“I was really excited to come on this couples trip because we’ve never done a couples event, really ever… But now it’s like, ‘Okay, this has turned into a bunch of boo-ca-ca fussing and hollering and I’m ready to get my husband and go home,” she added.

In more RHOP news, Bravo also released photos of the ladies in their dresses from the reunion. Those photos are below!