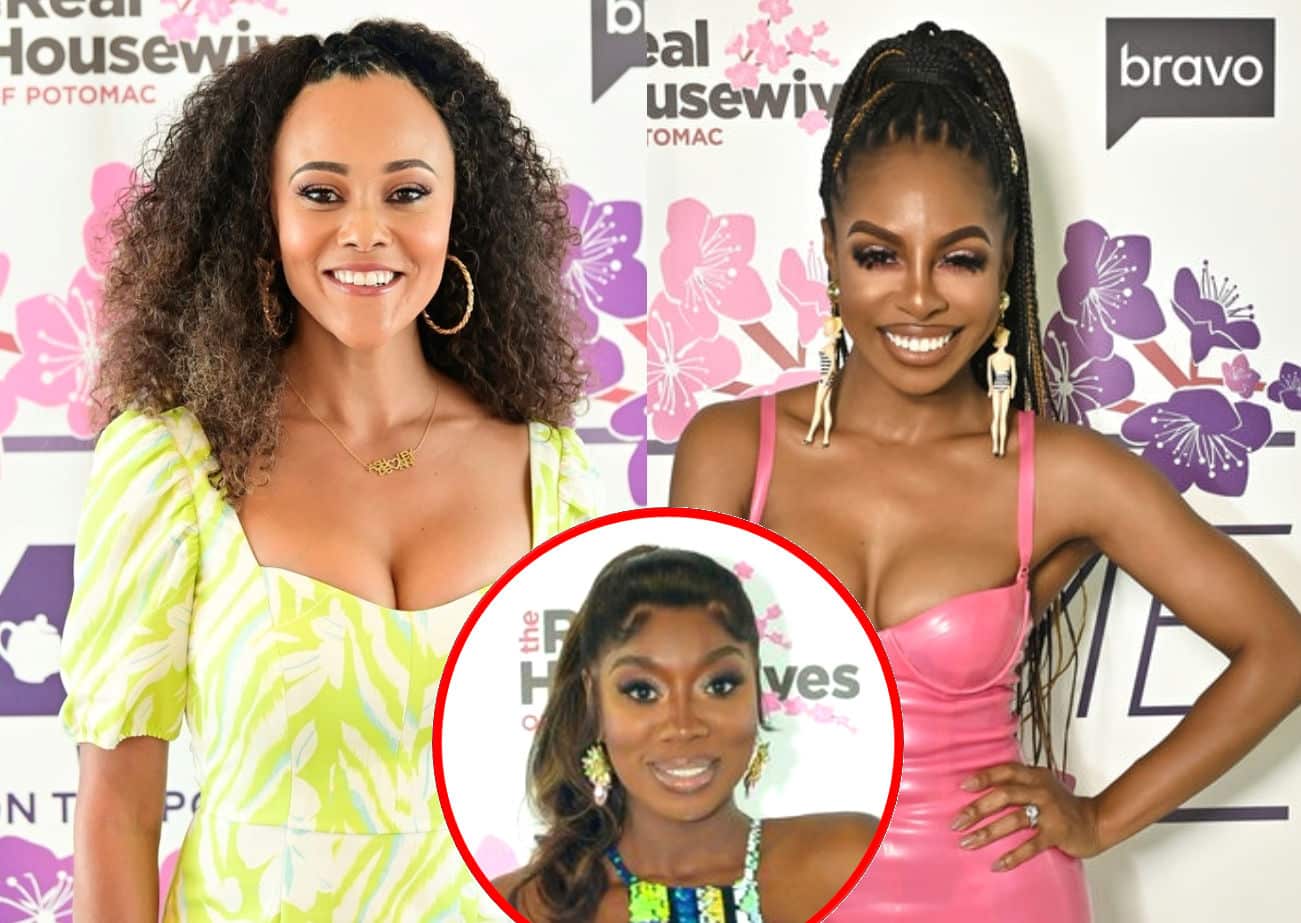 Ashley Darby is clapping back at Candiace Dillard-Bassett, who suggested she was “wide” with a “big a– face” and “big a– forehead” during Sunday’s episode of The Real Housewives of Potomac.

Following their dispute in Williamsburg, Virginia, Ashley took to her Instagram Story, where she fired back at her “hater” by confirming she had given birth to son Dylan just one month before Candiace took aim at her physique.

“This night was April 2, 2021. I was exactly one month postpartum. Just let the haters hate babes!” Ashley wrote with her post, which featured her on the night of her verbal altercation with Candiace. 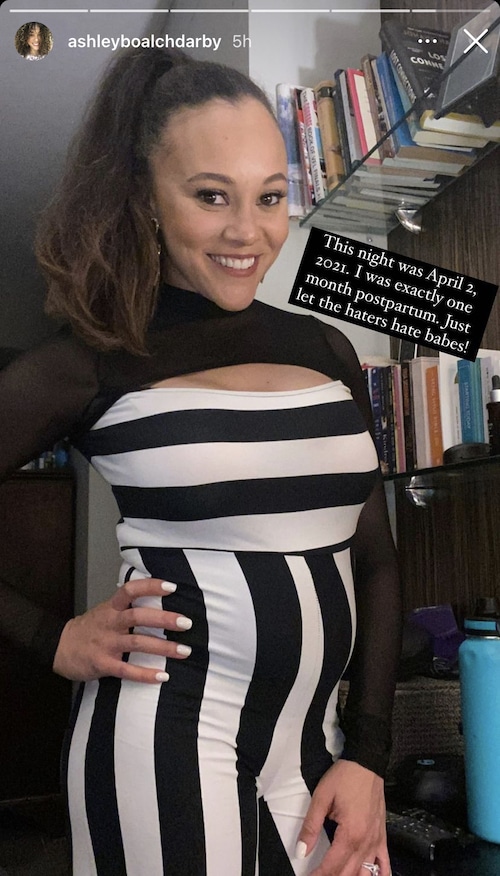 During the September 5 episode of the RHOP: After Show, both Ashley and Candiace looked back at their argument, and Ashley refused to admit to being messy in her communication with Dr. Wendy Osefo, whose marriage to Eddie Osefo has been a hot topic throughout the first half of the show’s sixth season.

”I ain’t claiming no mess that’s not mine. For Candiace and I, we buried the hatchet but there’s always a part of the hatchet sticking out of the ground that gets pulled out. So even if she and I were in a decent place to be cordial with each other, she always is the one that will flip the switch and cause us to go off the tracks,” Ashley alleged.

Meanwhile, Candiace doubled down on her claims of Ashley being a “nasty milkmaid” and reminded viewers that Ashley “openly brags about being messy.”

Also on the RHOP: After Show, Wendy slammed Ashley for bringing such negativity to their friend group so soon after welcoming her second child.

As she explained, “As a mom of three, I remember the euphoric stage I was in months after having children and the fact that [Ashley] just did one of God’s most beautiful blessings and gave birth to life and [decides] to knowingly step outside of that bubble to be Satan’s helper…”

While Ashley has been accused of stirring the pot in regard to Wendy’s marriage and the cheating rumors against Eddie, she said she simply did her job by bringing the issue to the forefront.

“This rumor about Eddie, even if it’s not true, that’s still something that’s out there. It was something we needed to talk about,” she noted.

Ashley then took aim at Candiace by suggesting she’s a hypocrite.

“Having that sort of scolding coming from Candiace, who had previously just said the nastiest things about me on social media, for her to all the sudden being criticizing me and telling me how what I’m doing is so wrong with her rap sheet? It was real gold,” she added.