‘RHOP’ Wendy Osefo Suggests Gizelle’s a Liar, Denies She Brought Up Eddie Rumors Off-Camera and Shades Her as Karen Calls Out Gizelle Over Infidelity Comment 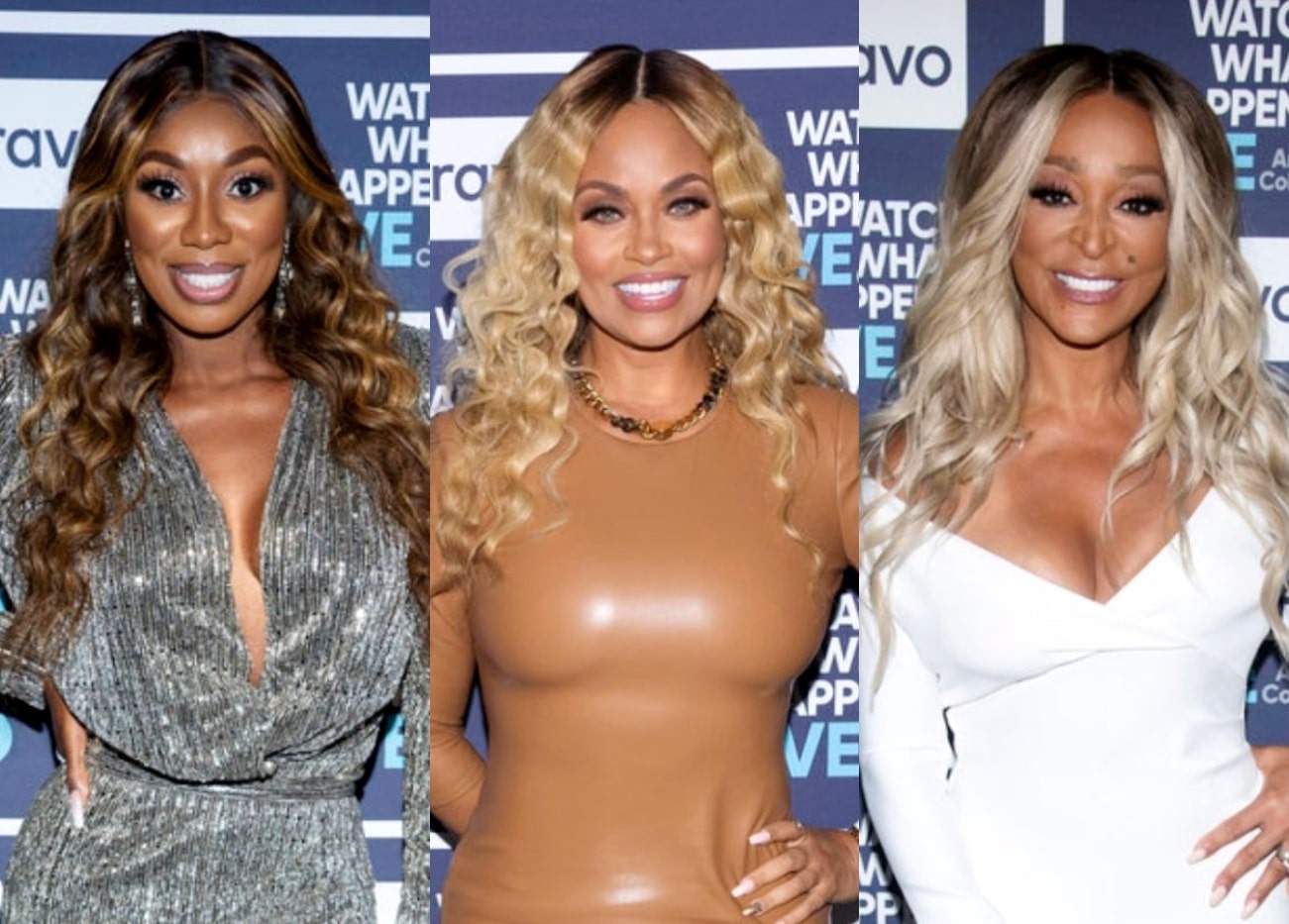 Dr. Wendy Osefo is speaking out about Gizelle Bryant‘s claims of having spoken to her about the Eddie Osefo cheating rumors off-camera.

After being confronted with the claim on Twitter, The Real Housewives of Potomac cast member denied Gizelle’s statements while taking aim at her misery in another tweet as costar Karen Huger wondered “what the hell” Gizelle knows about relationships in a post of her own.

On September 3, along with a snippet from an interview in which Gizelle claimed to have spoken to Wendy about the rumors on the phone, a fan questioned Wendy about her thoughts.

“Prior to Williamsburg, Gizelle NEVER brought up the rumor to me on or off camera EVER,” Wendy confirmed. 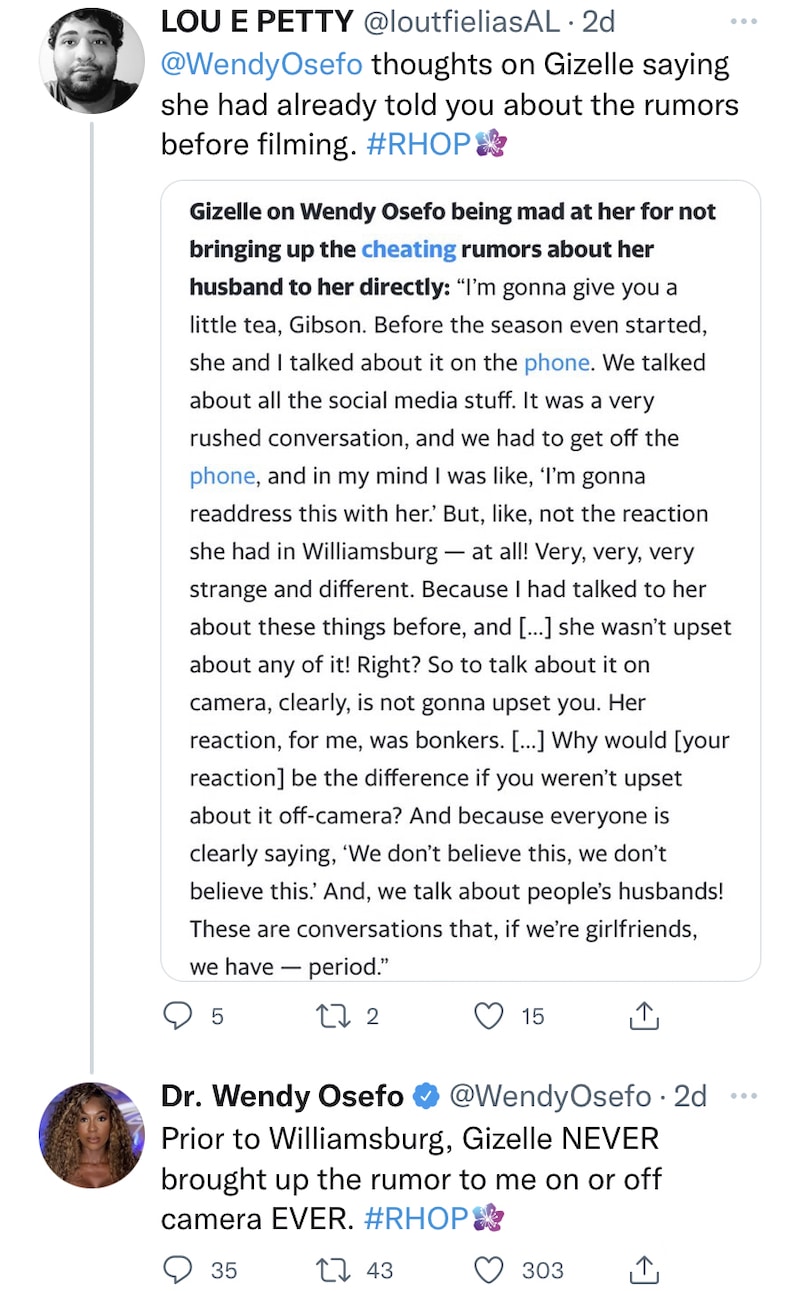 In the interview, Gizelle said that she and Wendy had spoken on the phone about the Eddie rumors before filming on season six began.

“It was a very rushed conversation, and we had to get off the phone, and in my mind, I was like, ‘I’m gonna readdress this with her,’” she explained, adding that Wendy “wasn’t upset about any of it!”

Days later, amid the latest episode of RHOP season six, Wendy reacted to Gizelle’s comments on relationships after Gizelle insinuated on the show that all men cheat.

“So basically, she is saying since no one has ever been faithful to her, she expects the same from other people’s relationships?!” Wendy asked.

Wendy then suspected that when it comes to Gizelle, “misery loves company,” with a hashtag.

Also on Sunday night, amid the new episodes, Karen wondered what gave Gizelle, who split from former husband Jamal Bryant months ago, such a right to be so vocal about the relationships of others.

“What the hell does [Gizelle Bryant] know about relationships?” Karen wondered. “Where these stats come from? She didn’t knon … She confused.”