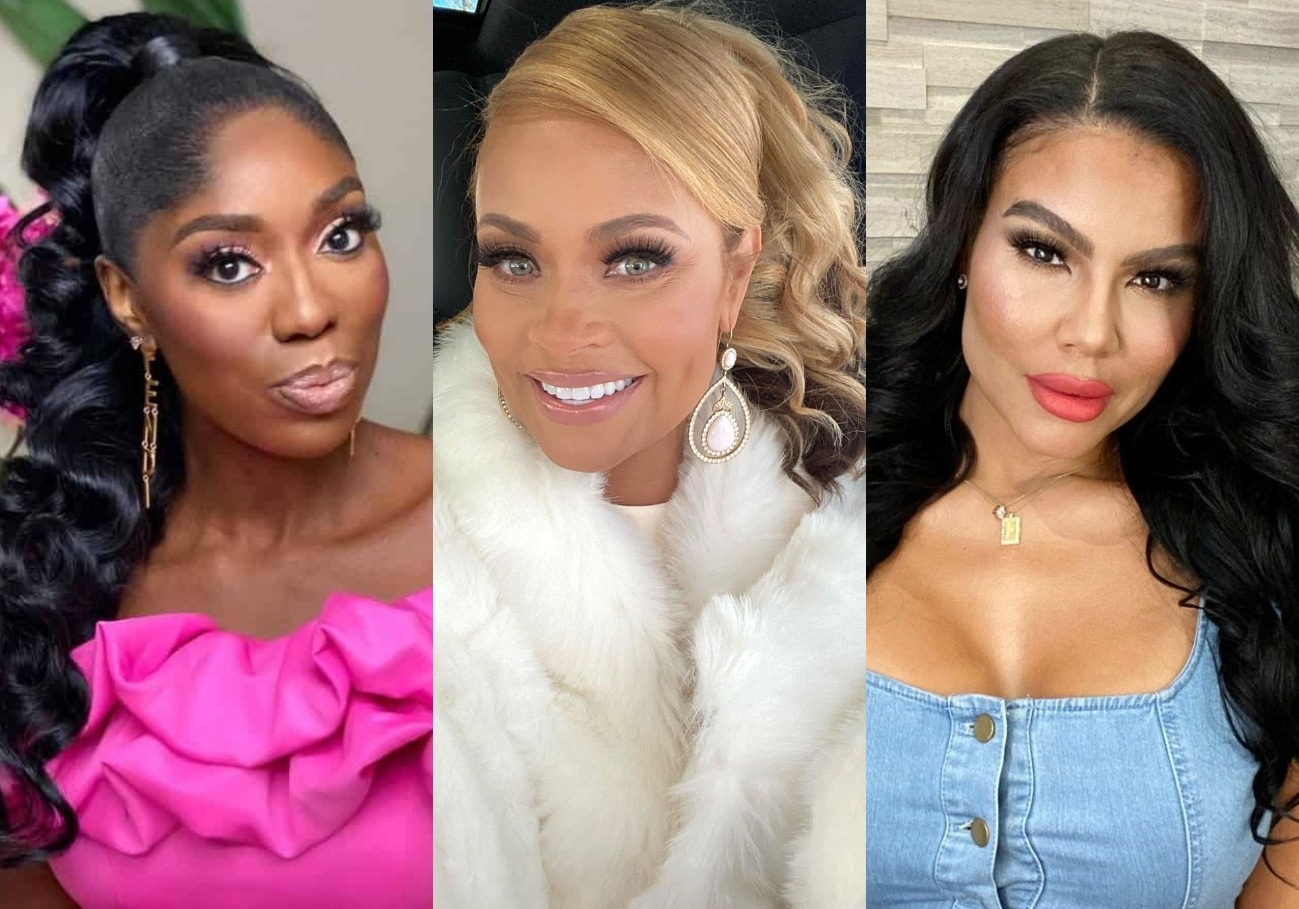 Dr. Wendy Osefo was a featured guest on Sunday night’s episode of Watch What Happens Live. During her appearance, which followed the latest episode of The Real Housewives of Potomac, she shared her thoughts on the ongoing drama between her castmates, Gizelle Bryant and Karen Huger.

In addition to responding to claims of Gizelle’s potential hypocrisy, Wendy reacted to Gizelle’s comments about her own marriage before going on to address a number of other issues pertaining to the show, including Candiace Dillard-Bassett‘s discussion to start working with her husband, Eddie Osefo‘s relationship with his family, and Mia Thornton‘s flip-flopping opinion of Gizelle.

“I think Gizelle likes to deflect and by deflecting, that means that she can ask questions of everyone else because that takes the attention off of her,” Wendy told a caller who asked why it was okay for Gizelle to comment on her co-stars’ marriages on the August 15 episode of WWHL.

According to Wendy, she finds it amusing that Gizelle has so much to say about other people’s marriages while avoiding questions about her failed marriage to Jamal Bryant.

“It’s always funny when people talk about a marriage but they have not successfully been married,” Wendy noted.

Later, during the WWHL: After Show, Wendy was questioned about Candiace’s decision to pay her husband Chris Bassett in “booty,” rather than cash, and she asked if she was paying Eddie in “booty” for her candle business.

“Eddie always gets booty but I think that I stay out of married people’s business so how she pays her husband, that’s her business,” Wendy stated.

Continuing on about Eddie, who served as the guest bartender of the evening, Wendy offered an update on his relationship with his family.

“They have reached out to Eddie recently and they’ve had some conversations and I just look forward to where that’s going,” she shared.

“Not so much with my parents,” Eddie clarified. “My siblings actually reached out a little bit just to talk about ‘how are things going?’ but ever since then… We’re trying to bridge the gap.”

After then stating that Mia’s performance on the stripper pole would suggest she’s had experience, and “grade-A” experience at that, which she’s denied, Mia questioned her flip-flopping opinion of Gizelle.

At the end of the episode, Wendy admitted she didn’t understand why Candiace didn’t put Askale Davis and Robyn Dixon in the same house during their cast trip to Williamsburg.

“That’s a good question and I want to know. Because why am I in the cottage?” she wondered, teasing that fans may soon see her go from “Zen Wen to Wen on Ten.”