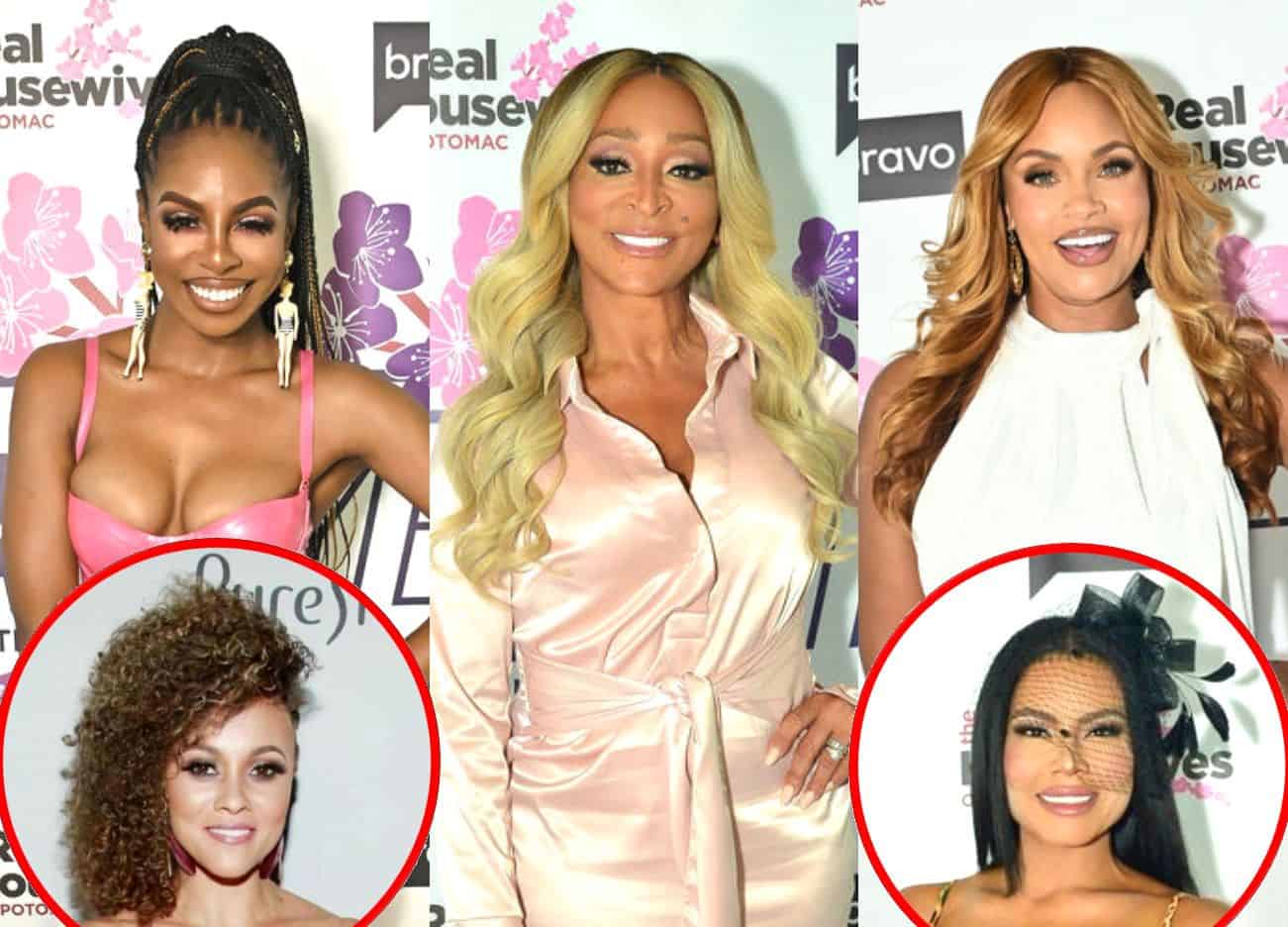 Candiace Dillard-Bassett appeared on Watch What Happens Live on Sunday night, and during the episode, she addressed a number of hot topics related to The Real Housewives of Potomac.

After first sharing her thoughts on Karen Huger bringing up Gizelle Bryant‘s past “six feet under” comments about Ray Huger on a recent episode, Candiace commented on Gizelle’s split from Jamal Bryant, Michael Darby‘s use of Ashley Darby‘s “other holes,” and more.

“I think it came out of left field,” Candiace said of Karen’s drama with Gizelle on the July 25 episode of WWHL. “I feel like she just needed something to fuss about. [Gizelle] did not wish death on Ray.”

Although Karen felt that Gizelle was wishing death on her husband by saying he will “be buried six feet under before” her looks fade, Candiace disagreed. That said, she did feel that if Karen’s children were offended by the comment, which Karen had claimed, Gizelle should apologize.

“Karen did tell me her kids were offended by it. And if they were, okay, Gizelle should apologize. But you’re blowing up dust just because,” she added.

Candiace then said that when it comes to Gizelle’s breakup from Jamal, she does not believe it was caused by their need to quarantine amid the coronavirus pandemic as Gizelle suggested last month during her interview with E!.

“Hell no, hell no, hell no. I said hell no! Girl, bye,” Candiace said when asked if she bought the claim. “Go get that man. Go to Atlanta and get his a–.”

Looking back at the Newlywed Game game she played with her co-stars during an episode of RHOP earlier this month, Candiace spotlighted the antics of Dr. Wendy Osefo and her husband, Eddie Osefo.

“We didn’t know they were over there cheating and I texted Wendy when I saw it and I was like, ‘Oh my God, you guys are cheating.’ And she was like, ‘Well I thought there was going to be a prize at the end of this,'” Candiace shared.

Later, on the WWHL: After Show, Candiace reacted to the shocking revelations Ashley made about pregnancy sex with Michael.

Although Candiace was all for Ashley making it work with Michael in the bedroom, she reminded viewers of WWHL that it wasn’t long ago that Ashley revealed her anus tore while she was delivering her first son, Dean.

“Her butthole was broken. She shouldn’t be using that hole. Leave it alone,” she advised.

Also during the After Show, Candiace agreed that Mia Thornton was being disloyal to Karen at Wendy’s breast reveal.

“I was like, ‘Why is she doing all this flipping and flopping?’ We’re all confused by Mia and the way that she’s this person’s friend one day and the next day she’s calling everybody ‘wh-re.’ She goes through a lot of ups and downs,” Candiace explained.